While the regulators promise new threats that will apply more harm to small businesses than to Google itself, the giant continues making huge profits. The long-awaited YouTube revenue report is also a big deal to concern. Looks like, the more troubles Google has, the more solutions they generate to cope.

Many of the market investors are so sure about Google they even wish the Alphabet (GOOGL) stock price to fall. Louis Stevens, SeekingAlpha analyst, noted:

“The selloff and stagnation in price is the best thing that could happen to Alphabet for long-term investors. In fact, I would like the Alphabet’s share price to stagnate more often.”

In the past, the company used to sell off the stocks after the earnings report. Wall Street makes up some reason like that stocks had ‘hidden’ market troubles, and the grand sell-off begins. But in 2020, there is a tool for longtime investors that could help them to reverse the situation. That tool is called The Buyback.

During January, Alphabet Authorized a Buyback

The company has decided to withdraw the stocks equaling $12,5 billion, a mysteriously same number that is Bitcoin‘s block reward (12,5 BTC per the block in current network state). The Alphabet also received inspiration to unlock $25 billion for investors in profits in July 2019.

Today, for the company it is even better if the sell-off begins. The 20 billion remain under the authorization for the program of stock repurchasing look useful in a longterm sense. Per the charts published on Google’s website, they have been buying back the stocks every month during the last three months. The Alphabet (GOOGL) stock price was rising hard, and Google has 20 billion more to continue supporting its investors.

Per the documents, Google Cloud is now the primary profit source generating a 52% growth in revenue compared to YouTube’s 35.8% ad revenue for the same period. However, YouTube brought in $15,15 billion in profits, while Google Cloud only got $8,91 billion.

Social Media and YouTube are two primary sources of information for many developing nations and youth. According to the stats, Poland, Norway, Japan, Germany have YouTube in their TOP 10 national website ranking. For instance, visitors from Poland are spending at least 12 minutes on YouTube website every day. 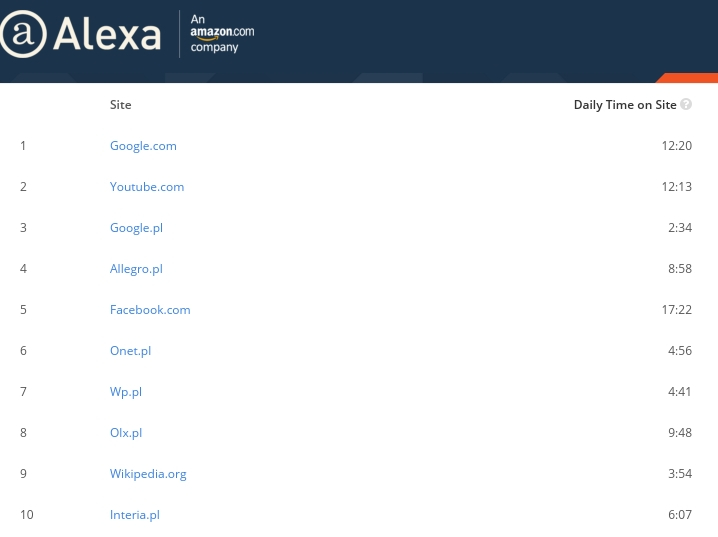 Poland is the rare country in terms of finance – they use both Euro and Zloty as currencies within the country, thus securing the independence from the European Central Bank. The video content boasts popularity because it can teach more compared to books or classic articles with pictures. Also, the voice of the channel’s author usually adds personal context and credibility to the information provided within a video.

Alphabet shows the data for three years, which is separating Cloud revenue from the YT one. From the stats, we can presume that Google is aiming at longterm profits, wants to secure the profits in the next ten years via YouTube. The website already has 2 billion confirmed registrations, which means at least 1,1-1,5 billion of real users as people don’t often create too much of the YT channels.

“On the question around YouTube, I do think there is a lot of opportunities ahead… I think there is more room — significantly more room over the mid- to long-term on monetization levels. And so I think we see that as a big opportunity and are investing for it.”

So far, YouTube had no competitors except for Vimeo with its customized subscription plans and the cryptocurrency-related decentralized hosting initiatives, like the LibreVideos one which is free of charge. As per Netflix and Hulu, their content is not user-generated. Which means no special, odd audiences and no speed of adoption to hot trends.

Both Google and ONDC had a couple of meetings regarding the integration.

The revelation that Snap would not hit some of its own revenue and income forecasts caused drops in the S&P 500 and Nasdaq indexes.

Snap CEO Evan Spiegel sent the digital advertising space into a tailspin and social media stocks down with a bad earnings report forecast.