Growth is a currency in the cryptocurrency market as investors are looking to put their money where there’s a guarantee that it will appreciate. Big Eyes Coin(BIG) has been impressive for some months, having raised over $11 million on presale. It would take top projects to raise that amount of money in today’s market, considering the bear rally continues to drive the market down.

Big Eyes has made a statement in the crypto ecosystem, and as its community continues to grow, there’s a higher potential of being as huge as Dogecoin(DOGE) was. The market could really use some memecoin redemption at the moment as it has always been with the other top memecoins. Memecoins have been popular for driving volume and helping people make money despite bad market conditions.

On the other hand, Huobi Token(HT) has benefitted from the recent drama with centralized exchange after the FTX crash. Exchanges like Huobi have come under more scrutiny, with users clamoring for more transparent means of verifying the status of existing exchanges. The token has seen an increase since last week following news linking Justin Sun, creator of Tron Network.

Huobi Token (HT) Works for You

Huobi Token (HT) is the utility token for the large crypto exchange firm Huobi Global. The token was created on the ethereum blockchain and has been a measure of Huobi’s position in the crypto exchange industry.

Huobi launched the token not long after Binance launched BNB, and being one of the earliest competitors to BNB, it remains a top cryptocurrency to date, having over $900 million in market capitalization and over $6 billion at its peak in 2021.

The token has no use case outside of the Huobi exchange, but it has reacted positively to Huobi news over the last few days. The exchange said last Friday that it has decided to sell all of its shares to About Capital Management of Hong Kong. After months of rumours that exchange founder Leon Li was aiming to sell his 60% ownership for at least $1 billion, the news finally came to light. Following China’s blanket ban on cryptocurrencies last year, which drove a sizable portion of its user base away from the exchange, the 2013-founded Huobi encountered some difficulties. Early this year, it was said that the exchange was considering a 30% workforce cut to offset the income loss brought on by the crackdown in China.

Justin Sun announced his membership in the Huobi global advisory board via a tweet. He gave some positive comments about the exchange and even hinted at a possible collaboration with another exchange that was unclear. But it was enough to help the price of Huobi Token rally up. 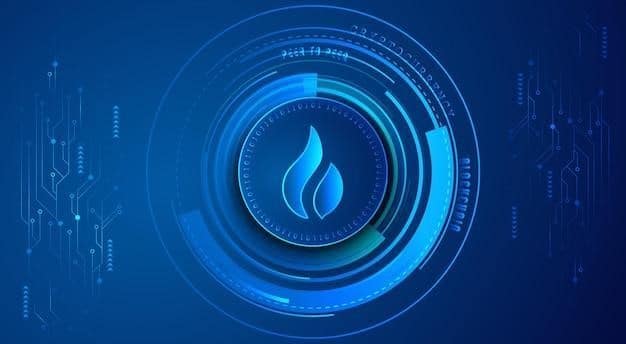 Big Eyes is a new memecoin project that is looking to be the new face of the memecoin landscape. Since the inception of memecoin in the cryptocurrency market, Dogecoin has set a precedent for crypto jokes, and users have come to associate dog memes with memecoins. New project tow in the same pattern with dog memes in hopes of achieving similar success. However, it doesn’t work like that; dog memes are beginning to become overwashed as users do not find them as fun as they used to be.

Big Eyes Coin(BIG) hopes to take a unique approach to the market with its big-eyed cat memes. Aside from the change in mascot, Big Eyes’ utility offering across DeFi and NFTs is a massive level up from Dogecoin’s offering to the landscape. Big Eyes is also looking to inspire several emerging projects to adopt cat memes and join the bandwagon to push unique narratives for their token.

Big Eyes is a community-governed project, and holders should expect to contribute efforts that can help grow their investments. Big Eyes is the biggest memecoin of the moment, and early buyers can wait for the launch to begin securing some profits. Join the Big Eyes presale here now.

Use code BCUTE705 for bonus tokens.