On the weekly timeframe, the Bitcoin remains in the ascending channel; however, a decline to the support line may turn into a breakaway and a decline to the psychologically important level of $7,000.

On the weekly timeframe, the Bitcoin remains in the ascending channel; however, a decline to the support line may turn into a breakaway and a decline to the psychologically important level of $7,000. Thus the market may expand the range and the format of the correction. Upon the completion of the correction, a new wave of growth may be expected, the latter confirmed by the ascending character of the MACD and Stochastic. The perspectives are as follows: after overcoming the current peak, the quotations may aim at 76.0% ($15560.00) Fibo in relation to the previous decline. 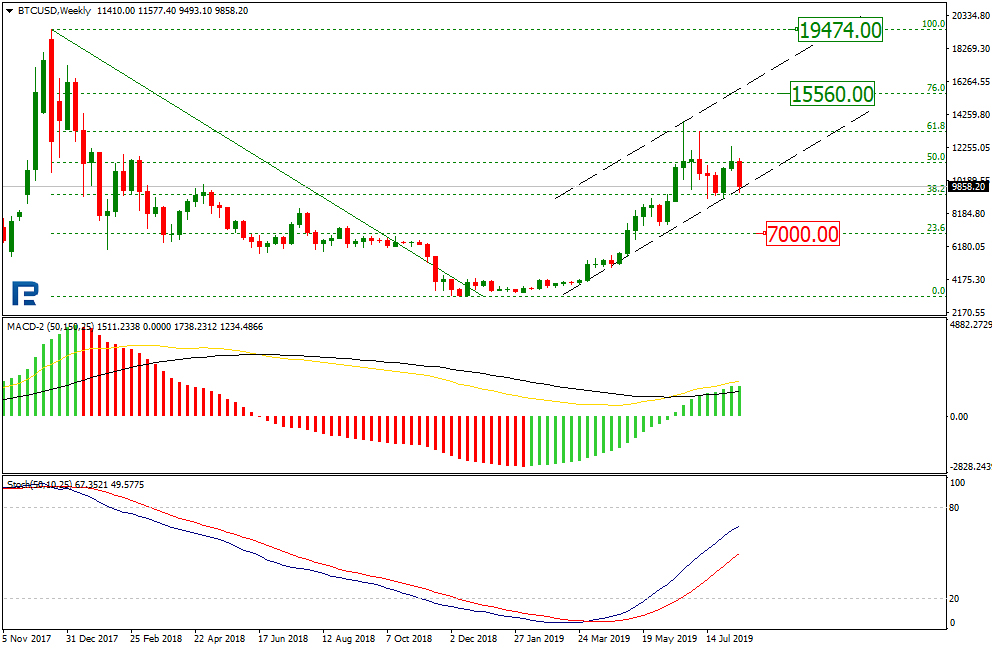 On D1, the BTCUSD quotations are forming a descending correction channel. After a bounce off the resistance level of the correction channel, the quotations attacked the support level of the main mid-term channel. Successful testing and a breakaway of the level may let the quotations test the psychological support at $7,000; however, a decline below it may become a point of no return, the descending of the MACD lines and the red histogram confirming the perspective. 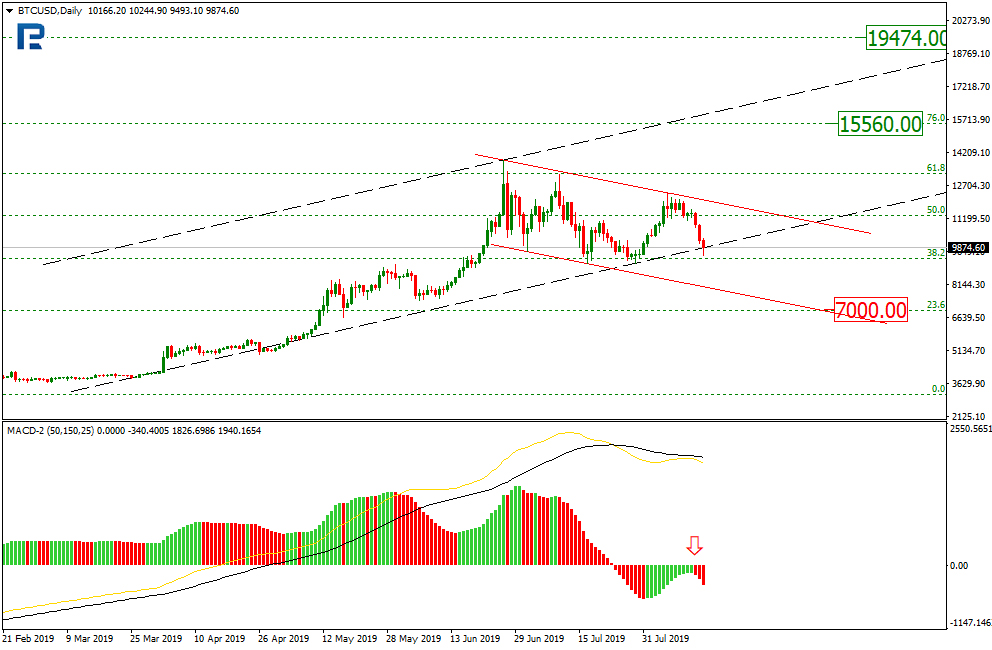 On H4, the cryptocurrency demonstrates a confident development of a descending impulse inside a correction channel. The quotations, nearing the local minimums, are slowing down the decline. The Stochastic, meanwhile, is approaching the oversold area. Upon entering it and forming a Gold Cross, the indicator will mark the growth towards $11300.00, which is the local resistance level. 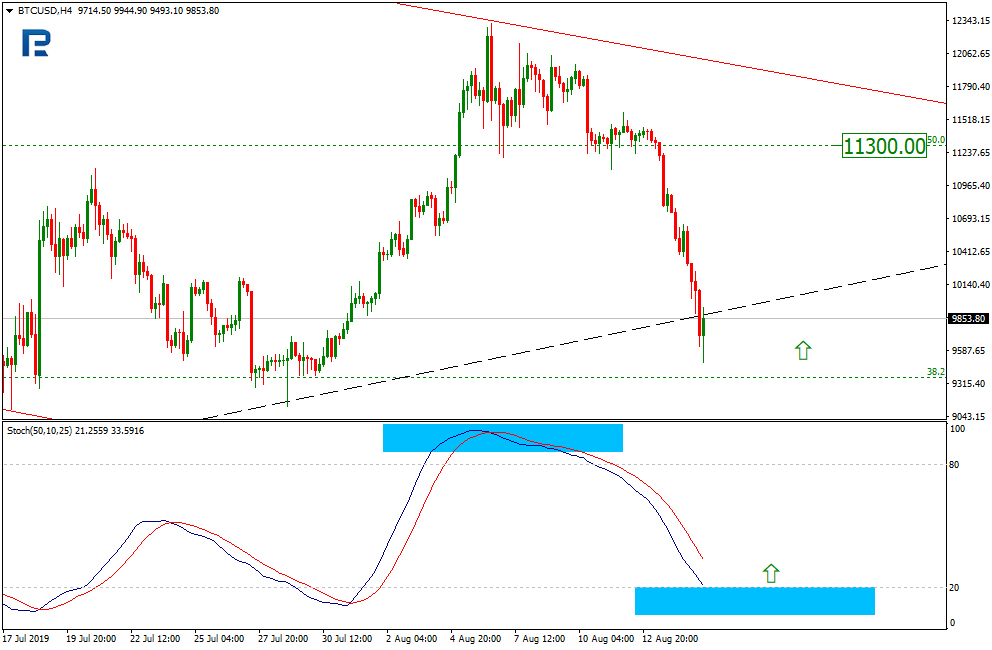 The quotations of the leading cryptocurrency have gone into a strong descending correction regardless of several attempts of the bulls to break through the resistance area and secure above $12,800. If they succeeded, we could talk about an escape from the consolidation area and a continuation of growth.

Earlier, crypto investors were truly optimistic about the bullish rally of the Bitcoin, heated by the trade war between the USA and China. According to experts, the trade war was, indeed, one of the main forces supporting the digital asset. The investors were fleeting the risk of the Yuan devaluation to the more conservative gold and riskier but more promising Bitcoin.

The Net was overwhelmed with positive forecasts about the crypto market; Max Keiser was sure that the level of $15,000 would be broken through; keeping in mind the overall instability of the market, some were even more positive, expecting $50,000. According to polls, many are still expecting the Ethereum to go beyond $1,000 soon.

However, the relationship between the USA and China has lost the edge; Trump postponed the introduction of new fees, the pressure on the Yuan stopped, and the BTC quotations showed a correction. At the same time, gold remains at the 6-year maximums; the investors do not leave the traditional safe-haven assets, probably expecting a new surge of turbulence.

The current levels of the digital gold look quite interesting, in terms of expecting a bounce upwards. If the buyers manage to keep the support at $9,100, a new wave of growth may easily push the BTC to new maximums.