Tom Lee and other experts predict Bitcoin halving as the reason for a huge price rise, while the opposite camp claims miners may drag it down.

Tom Lee is a person who always gives positive price predictions when it comes to Bitcoin. But now, there’s a bunch of other people claiming that Bitcoin halving might be not good for the Bitcoin price dynamics.

He thinks that the technical analysis, as well as the core principles of Bitcoin, show that the price should go up. His agency Fundstrat gains up to 193% of easy profits out of Bitcoin. Per Tom Lee:

“Yes, 2020 should be great for Bitcoin. Because you got, number one the Halving happening – the block reward for miners getting cut in half, that’s a good supply-demand change.

I think that last year the White House killed the Bitcoin rally with their opposition, but with the presidential election cycle underway, it’s not going to be in the headlines and that’s bullish for Bitcoin. And then with the geopolitical tensions in the Middle East, I think that is good for crypto.”

Bitcoin gained around 35% of its price at the beginning of 2020. All thanks to a bunch of disasters going on in the world, including the Philippines volcano blasts, fires in Australia, Donald Trump orders of a different character (like the Israeli-Palestinian war end plan or the Suleimani assassination), Chinese coronavirus outbreak, heavy fiat money devaluation. 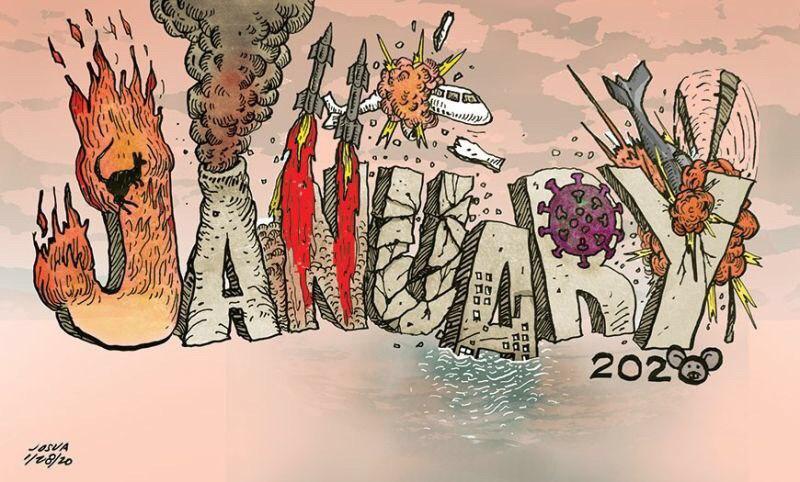 Bitcoin Halving: How Many Days Left?

As you may know, it is impossible to name the exact date right now. It is clear that it will happen the number of blocks hits 630,000. At the moment we can only predict when it will happen. According to the recent information, there are still 14,625 blocks left until the halving.

Taking into account the current hash rate, it can be said that the halving event will take place in May. However, even the major Bitcoin halving countdowns have different data. For example, one of them shows that there are 101 days before the event. Per another one, the halving will happen earlier, in 99 days.

Price May Go Up and Down Thanks to Bitcoin Halving

If you look at the history of Bitcoin, the halving approach always made the price go up. Many traders already consider buying the tokens to sell them after the halving. The disasters around the world could have made gold and bitcoin prices rise already, but the market is quiet.

Nick Rose, a longtime Bitcoin investor, told Vanity Fair’s reporter Nick Bilton that he expects the cryptocurrency to gain steam all over 2020:

“My personal opinion is, yes, we are going to see higher highs on the price of Bitcoin very shortly. That spike is because of the Bitcoin halving”

Rose explains that every time the halving happened, the Bitcoin price received a major bump and then even greater dump. In November 2012, one Bitcoin was worth $11. Then, after the halving and due to some side happenings, the price skyrocketed to above $1000 levels. The rollback drew the first currency to the $200 price level. Bitcoin remained in the 250-450 zone till the next halving in 2016.

Meltem Demirors from Coinshares thinks that the price won’t go up:

“A topic that’s been studied in other commodities markets is how pricing is set. Bitcoin is, arguably, a digital commodity. Normally, producers set the price of a commodity (classic S = D = P from Econ 101) when derivatives take off, producers lose the right to set prices.”

He thinks that the majority of the investors will use ‘robust derivatives’ to trade, not the underlying asset itself. This means, CME and Bakkt‘s Bitcoin-related derivatives may receive the money, while Bitcoin’s price falling. He notes that in 2017 CME launched its Bitcoin futures, and the price went up to 20,000 before the 2018 bear market.

Considering that Bitfinex may still be pumping the price of cryptocurrencies, the end of the NYOAG’sinvestigation may strike the crypto market very heavily. With people like Andreas Antonopoulos sounding voice against Bitfinex, the industry’s wise players (like our readers) could guess what is going to happen when or if the USDT-BTC pump-n-dumpery fail in Q1 2020.

The author of this piece wants to add the factor of ‘miners-holders’.

Imagine that you were mining bitcoins for 2 or 3 years till the second halving, and every BTC cost you $300, with another $300 in profits per each dumped Bitcoin. Considering that, since the last halving, you will be getting twice less than previously, what will you do?

Reinvest the earned BTC into mining equipment, or simply sell all bitcoins because when other miners start selling off the price may fall to the level where everything you mined in like 1 or 3 years become unprofitable in 10 minutes? Yes, maybe you’ll reinvest, but are you big enough to keep reinvesting every time the next halving occur?