On the weekly timeframe the Bitcoin keeps demonstrating an uptrend, preparing a new impulse of growth after a declining correction.

The factors confirming the growth may be the values of the MACD and Stochastic. The perspectives are as follows: upon overcoming the current peak the quotations may head for 76.0% ($15560.00) Fibo in relation with the previous long-term decline. However, the main goal of the bulls is the maximum at $19474.00. 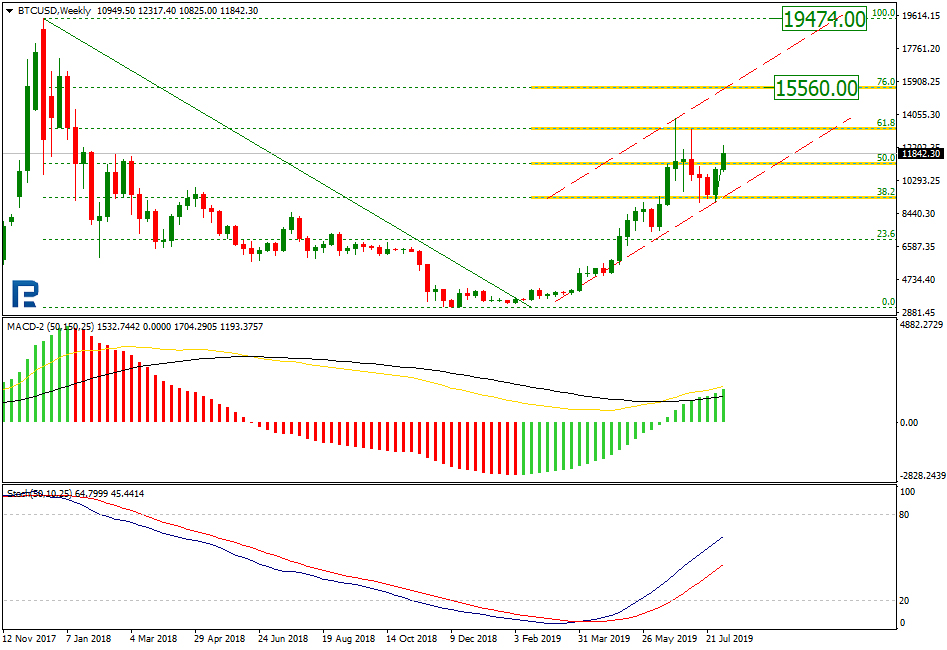 On D1 the BTCUSD quotations are demonstrating a detailed picture of a long-term ascending channel development. We can also see that the correction phase has stopped at 38.2% Fibo. The present impulse of growth is testing and trying to overcome the resistance line of the correction channel. If the market manages the breakaway, the quotations may head for the present maximum of $13857.20, upon breaking which they may proceed to the resistance line at $16000.00

The scenario when the currency bounces off the tested resistance line is also worth considering, which the descending MACD lines are hinting. Thus, in case the quotations bounce off, they might extend the correction range and decline step by step to 50.0% ($8600.00) and 61.8% ($7350.00). 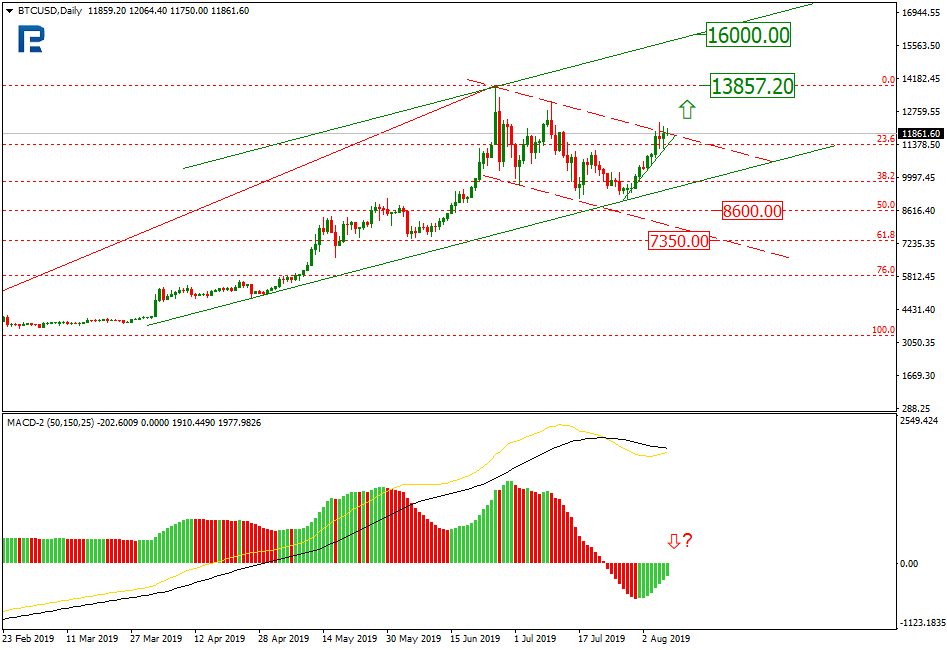 On H4 the leading cryptocurrency demonstrates the channel of a stable uptrend. At the same time, the Stochastic, upon entering the overbought area, has formed a black cross. Such a complex of signals might mean an upcoming short-term correction. The borders of the probable correction range are between $11200.00 and $12137.40. A breakaway of the upper border may signal growth to the current maximum. 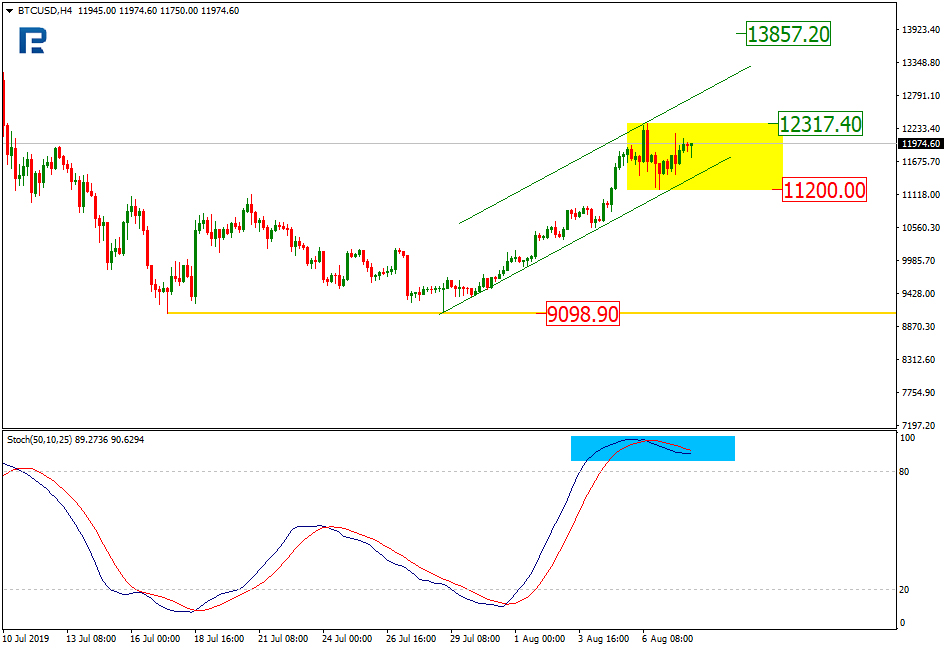 Former Wall Street trader and present-day host of the show Keizer Report Max Keiser, who is expecting a soon breakaway of $15,000 by the Bitcoin, has voiced another support to the leading cryptocurrency. In his opinion, the time of altcoins is almost up; he underlined that the Litecoin demonstrated no reaction to the expected news and even fell to $90. At the same time, the quotations of the leading cryptocurrency keep testing the local maximums.

Such digital assets as the Ethereum, Ripple, EOS and Bitcoin Cash look really unstable from the point of technical analysis, and it seems they are on the verge of another decline.

On the other hand, in comparisson with the declining market of the altcoins, the BTC looks quite confident; one tiny effort, and it will escape the bearish channel and head for new heights. Dominance of the BTC has reached 68.8%, and many analysts expect it to reach 80%.

The US stock market is also suffering certain difficulties, demonstrating a serious decline. Of course, the market is correcting after such falling, however, a reversal and a further decline of the leading stock indices are not to be excluded. In such times investors look for alternative shelters for their assets, and it is highly probable that the BTC is one of such ways of protection from the economic turbulence, as well as a means of hedging against the traditional finance.

However, the crypto asset remains an instrument of high risk, regardless of which such events as Brexit are supporting the Bitcoin greatly, which we can see on the chart.

Major tech firms have also announced varying degrees of job cuts as they continue to adapt to the changing market situations.

Embattled crypto-centric company BlockFi looks to auction off its mining equipment amid its ongoing bankruptcy case.