As the world’s top five derivatives exchange, Bitget has attracted a large number of users with its high-quality contract products and smooth user experience, and currently supports 22 currency transactions.

The Bitget exchange announced that it will launch activity to deposit and trade BFT to win the BFT from May 10th to May 17th(UTC+8). The total prize pool includes 2.2 million BFT and 1,600USDT contract trial fund.

In order to encourage more users to participate in the construction of Bitget token ecosystem, during this event, all users participating in BFT transactions can receive 10 BFT rewards, and the prize pool has a total of 200,000 BFT. At the same time, Bitget also gave out 2 million BFT to provide additional rewards to users participated. After the event ends, Bitget will reward 3% BFT based on the net assets of BFT in the registered user’s account.

It is understood that BFT is an ecological token released by Bitget in 2019, with an opening price of 0.015 U.S. dollars. As of May 7, it has risen to 0.22 U.S. dollars. The increase has reached 1,300% in the past two years. BFT is currently included by major market platforms such as CMC and CoinGecko, allowing users to check prices in real-time. 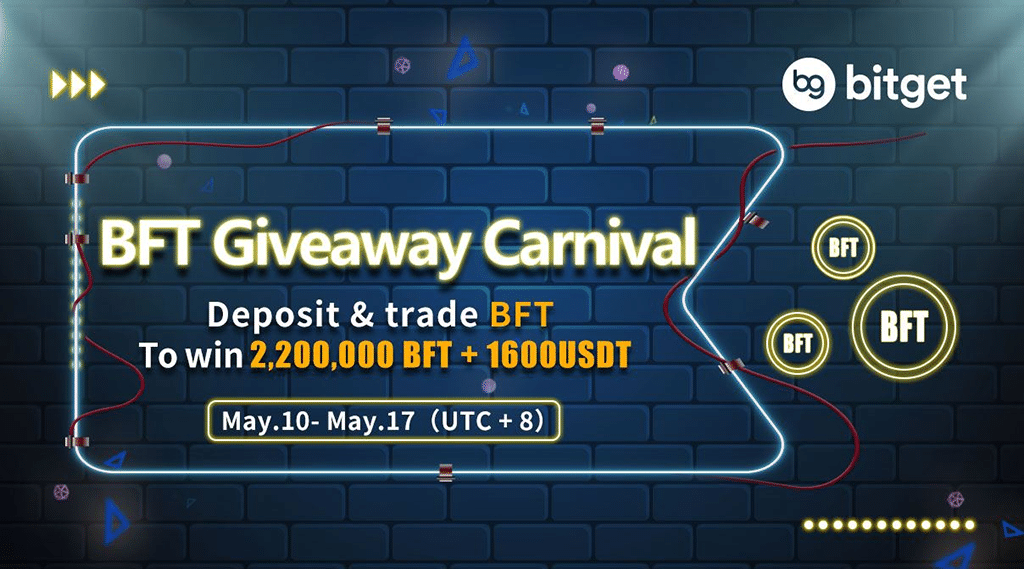 Bitget is constantly committed to creating a complete ecological closed loop. As the world’s top five derivatives exchange, Bitget has attracted a large number of users with its high-quality contract products and smooth user experience, and currently supports 22 currency transactions. Since the beginning of this year, Bitget has begun to make efforts in the spot exchange market, and currently supports transactions in mainstream currencies and popular currencies including BFT, LINK, and UNI.

In this regard, Bitget’s global CEO Sandra stated that Bitget has already been deployed in decentralization, wealth management and lending, and is now actively exploring NFT and asset synthesis products. In the future, Bitget will build more scenarios to empower the value of BFT.

In comparison to March, SuperRare has half as many active collectors buying on the marketplace this month despite recording a higher total NFT sales volume this month.

Social media giant TikTok said that NFTs will serve as an empowerment tool to further support the creators’ economy. Through NFTs, friends and enthusiasts can reward their favorite creators.