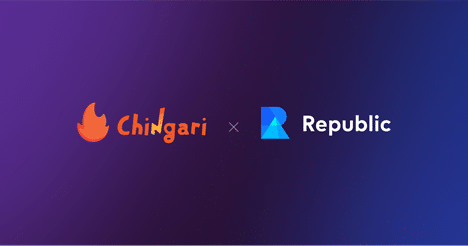 India plays host to one of the most popular social networks, and if you haven’t heard of it yet, you surely will. In India, Chingari is huge, one of the country’s most popular apps. In fact, it is ranked third in terms of popularity according to SimilarWeb, well on its way to overtaking the user base of Facebook, Twitter and Reddit.

With over 85 million downloads, there’s not many people in that part of the world that haven’t come across the app, and not just in the big cities. The goal of Sumit Ghosh and his co-founder was to bring people together across the whole of India, especially in the less developed tiers. And  that is exactly what they have managed to do with this app.

Chingari is a video streaming app, where influencers and content creators upload their own short videos. They build a base of fans, and engage with them. The more the user engages and watches, the more they are rewarded by Chingari.

Formerly, users were rewarded with Chingari’s own virtual Chingari coins, but now Chingari have recently launched their own native utility token on the Solana blockchain, called the $GARI. The token was launched to fanfare, with a huge party hosted by Chingari’s brand ambassador, one of India’s most celebrated Bollywood actors, Salman Khan.

Chingari is fresh off the back of a private funding round where they managed to raise $19 million, from private venture capital firms. The next move for Chingari is a public token sale of $GARI. This will be happening in November, and is open to everyone. The difference between this currency and the original virtual reward currency that Chingari were offering users, is that this sits on the blockchain and is tradable across various exchanges and crypto platforms.

Solana blockchain is a kind of Ethereum killer. It is faster, offering up to 50,000 transactions per second. As it is based on a different consensus model from Ethereum, eg. Proof of Stake, it is also much more friendly on energy consumption and transaction fees are much lower too.

The private sale is being led by Republic, a FinTech company that enables retail users to invest in private markets. Overall Republic has deployed over $200 million of investments just into the crypto space alone.

Republic commented on the sale,

“Thanks to the maturation of digital currencies and regulatory guidance that provides a clear framework for token offerings, we are able to make this emerging asset class more accessible to qualified Republic investors. $GARI represents a major step forward in switching to blockchain tokenomics, bringing more alternative monetization opportunities to the Chingari platform.”