Community development is a crucial component in the blockchain core, however, not everyone can realize its importance. Here are some grounds why it can make or break a blockchain endeavor.

Newcomers are usually attracted to blockchain because of the technology, which provides new and exciting ways to conduct commerce online. This is valid of course, but it means that the groundwork is done outside of a new currency’s whitepaper or ICO can be lost on the general public, the most essential of which is community development. 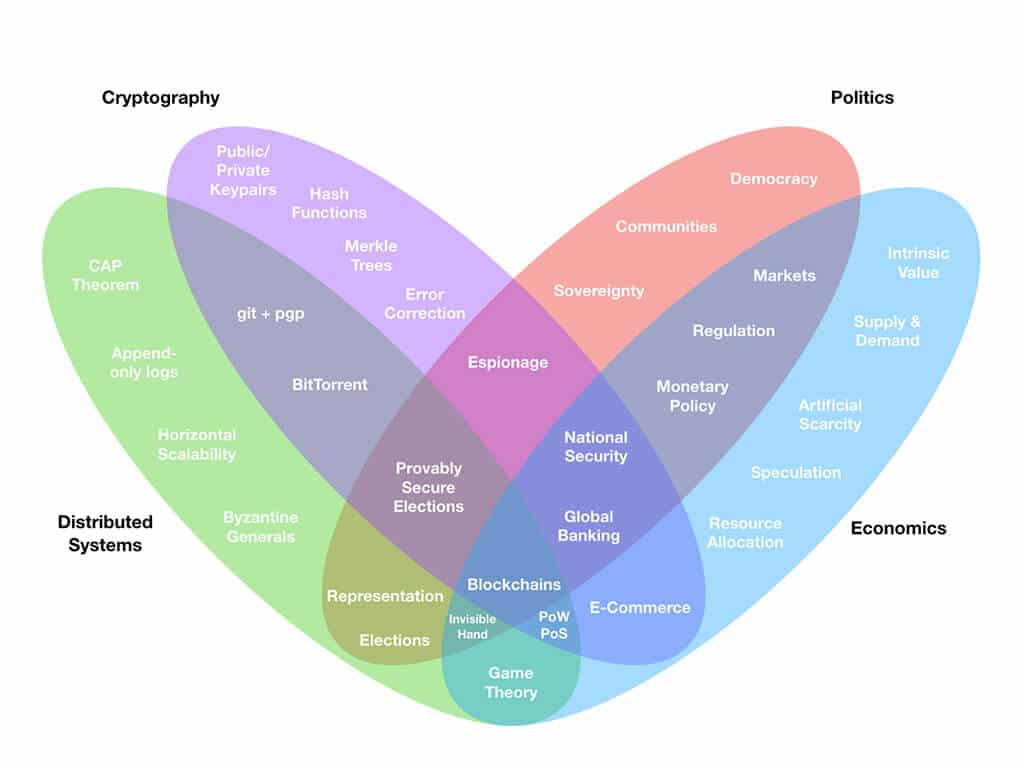 What exactly “community development” varies wildly across industries, though it all involves outreach to some extent. In the blockchain, it is informally the creation and cultivation of the user base that makes up the decentralized network and everything entailed, whether it be selling tokens, establishing protocols, or settling digital disputes.

Fundamentally, the blockchain sector’s core characteristic at this moment is an expansion in all types of jobs. Knowing how your current career fits into blockchain or how you can apply your current knowledge and skills to blockchain is what will allow you to capitalize on blockchain’s inevitable growth explosion. Resources such as BlockDriven Academy are sprouting up constantly, and their “Blockchain Careers for All: Finding Where Your Skills and Experience Fit In” Live Session is a great example of the sort of blockchain education developments we’re likely to see in the near future.

It figures that a system that relies so heavily on the participation and cooperation of individual users to operate needs to focus a lot of attention on making its community functional, but some may not realize how important that is. Here are eight reasons why community development can make or break a blockchain endeavor.

It is Replacing Tech Development

While embedded features or applications used to be a new blockchain project’s main attraction (i.e. Ethereum introducing smart contracts), clever software innovation is no longer enough to attract the number of users required to grow in such a saturated online market.

Problems facing blockchain currently are more in the way of network effects like scalability than lack of tech wizardry, so convincing potential investors to buy into a new venture’s ability to appeal to a large audience is necessary to get that project off the ground. After all, a blockchain product is only as strong as its user base. Deloitte 2020 Global Blockchain Survey mentioned:

“The story of blockchain in 2020 is a story of tangible, real-world implementations across large and small scales”.

Decentralized finance (DeFi) has made significant progress in recent years in decreasing the risk involved with investing in and trading cryptocurrency. Despite this, most people aren’t entirely confident in keeping their holdings digital, and often need a certain level of liquidity to back up their claims in case they exit the market. This graph of the Bitcoin Liquid Index (BLX) shows the type of marginal volatility that might scare away less tech-savvy investors. 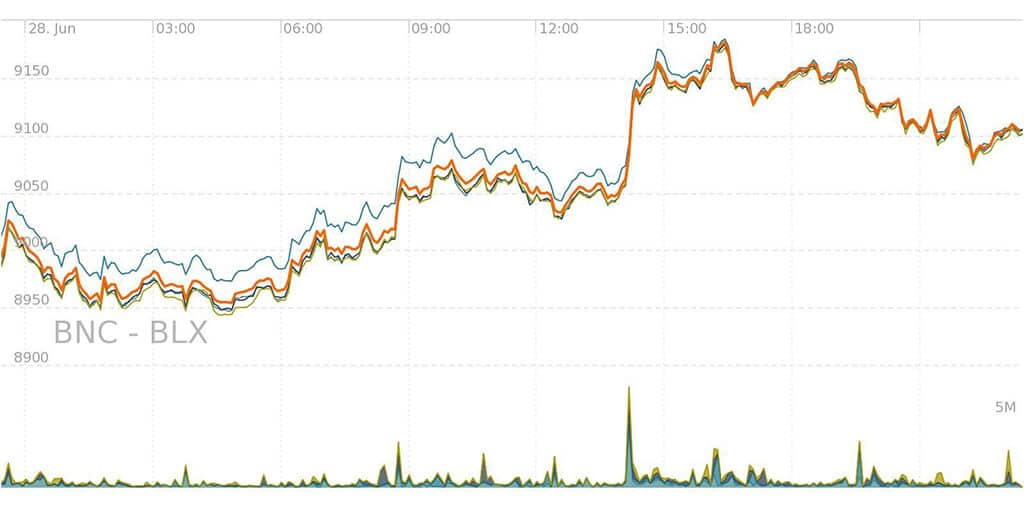 If the users that provide this backing aren’t confident in the strength of the platform, they could pull their stakes at will, leaving the project dry of non-digital currency and at risk of collapse from a scare. To even survive the earliest stages of growth, a DeFi venture needs a loyal community early on that is confident in its goals, and not merely willing to take a leap of faith.

Properly distributing tokens is important for establishing a project’s user base. Typically done via public crowd sales or ITOs (Initial Token Offerings), an alternative has developed recently in the form of the “token pre-sale.” This sale offers early ownership spots to a specific audience while the product is still in development, rather than making it public and accessible.

The problem is that this decreases the pool of potential stakeholders, narrowing the diversity of users, and leaving the network subject to the movement of specific groups. Think of diversifying the community as diversifying a stock portfolio; when done well, it decreases risk. Proper community development here is irreplaceable, since a balance has to be struck between populations of interest and crypto newcomers to ensure long-term growth.

Often, the personal interests of certain token holders diverge from those of the rest of the community, leading to disagreement on the goal for the future of the project. This sort of in-fighting can cause forking, which is a massive hurdle for networks to leap, and typically requires a sizable community to survive. For projects early on in their lifespans, wide-spread disagreement can mean death.

Deloitte’s 2020 Global Blockchain Survey found that 40% of respondents viewed members being at cross purposes as a challenge to joining a blockchain consortium, and 41% viewed the inability to create clear governance rules as another roadblock in the path to success. Keeping the wants and needs of individual users in tune with the good of the group is important to make the distributed network function. People need “skin in the game” to provide incentives to stay on and help the project grow; a well-developed community plan is essential to giving them this a shared goal. 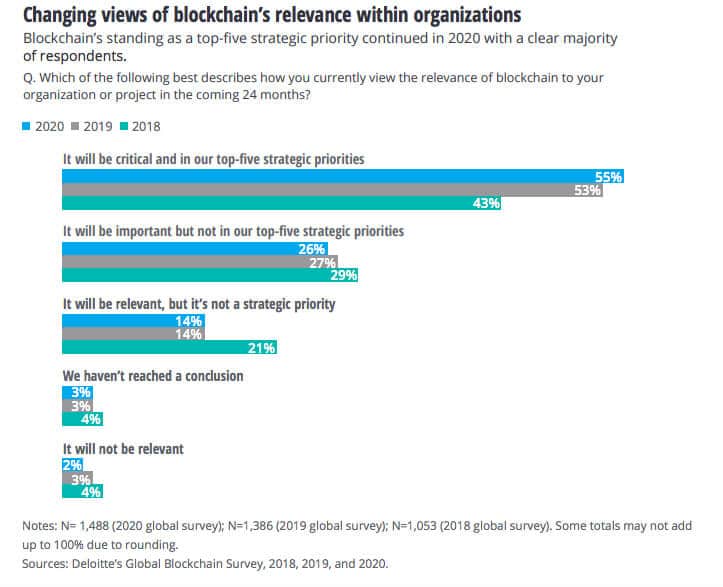 A new project must realize that beyond acquiring users or clients, they’re acquiring talent to carry their business forward. Instead of looking at those with tokens as merely shareholders, they should be looked at as potential contributors of ideas and critical suppliers of digital capital in the form of nodes on the network.

By making users feel appreciated as contributors, there is an increased sense of engagement and responsibility to the success of the endeavor. A good community development plan should shy away from making new users feel like the product is doing them a favor, and instead make them feel like they are becoming a valued member of its team.

A troubling 2018 report by CCN said that the average lifespan of a blockchain venture is roughly 1.2 years with an extremely high failure rate of almost 92%. While some could argue that this is a positive effect that weeds out inefficient business models, failure to create a community could also lead to ingenious and revolutionary projects folding or never getting off the ground in the first place.

There is no stable growth without a satisfied user base to share news of a product with others, and cultivating one is a way to ensure the longevity of a project. Paying more attention to building a loyal community of clientele can buy projects time to improve and reach their full potential.

An advantage to having a large and well-engaged community is the ability to crowdsource feedback for the very network they’re using, helping create a self-supporting ecosystem. Consensus allows for both instantaneous updates and the possibility of democratic voting, which can make changes in protocol and features easier and more peaceful, leading to compromise and understanding within the community.

Even those within politics agree about blockchain’s ability to democratize power, with Al Gore himself saying that within its systems “an algorithm replaces the functions of [the government].” Asking for user feedback not only signals to the user that their opinion is valued, but also that the project is constantly trying to improve. An active and concerned community will be more likely to provide positive criticism and participate in governance, rather than bail on a project that they no longer have interest in.

So what sort of candidates are companies looking for?

“Cryptocurrency users live in this weird bubble where we know how to sign transactions, or send PGP emails. So it’s always refreshing to see candidates with an outside perspective who explore deeply and bring new ideas to the table of how to make it easier for the average user”.

It Creates Its Own Sector

As the entire blockchain industry grows, so do its needs. This creates opportunities for businesses to supply services explicitly for blockchain projects, forming a “meta” blockchain sector, with community development creating its own meta-sector in the form of community management.

These teams of experts work on strategies to increase engagement for projects that may not have offered an ICO/ITO yet, helping along the entire development process, and taking the seven previous points into account to launch a product best-equipped for success. Laying a strong foundation should be the most important aspect of creating a blockchain project, and for ventures to survive in an industry flooding more and more with new start-ups, it will be crucial.

Specialist in all things blockchain. He is a contributing writer at Silicon NYC and a BlockDriven Academy contributing research analyst.