This article will help you to get more information about crypto fundraising not only to avoid the scams that are possible within the sector but also to identify projects that are worth looking into.

Since cryptocurrency burst into the limelight over 10 years ago, there have been a lot of new concepts that have come with it. Although the cryptocurrency industry is still somewhat in its infancy stage, the kind of different developments that have flooded is amazing. One of such is the Cryptocurrency Fundraising.

What Is Cryptocurrency Fundraising 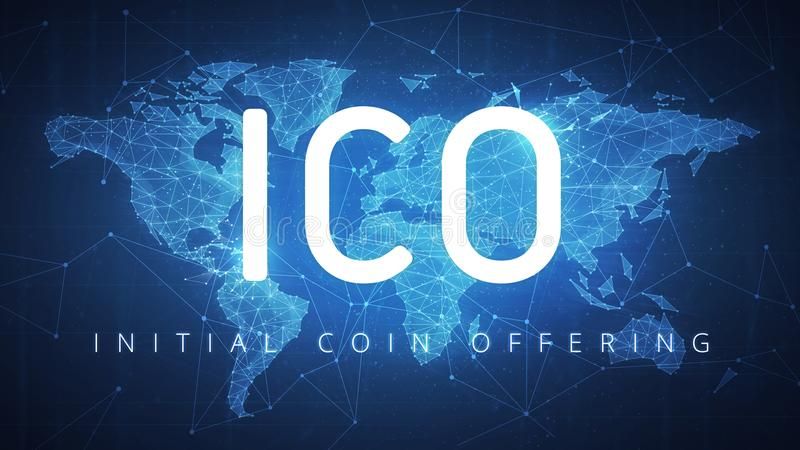 Let’s start with ICO (Initial Coin/Currency Offering) cryptocurrency funding. It’s a process whereby a company that wants to create or launch a new project looking to raise funds using cryptocurrency. We can say ICOs are the cryptocurrency industry’s equivalent to the traditional Initial Public Offering (IPO), although there are many important differences that we’ll see later.

ICOs have become very popular around the cryptocurrency space and many investors were able to benefit from a very high return on investment. In 2017 alone, there were more than 500 successful ICOs that collectively raised a total amount of $6.2 billion for that year alone.

The primary benefit of an ICO is first the potential for very high returns, every early investor in an ICO is usually motivated to buy the ICO tokens in the hope that the plan for the ICO will succeed after it launches. If this happens to be the case, the value of the tokens that were purchased during the ICO will increase above the price set during the ICO itself, and the investor will achieve overall gains.

One of the important points here for an investor in addition to the ROI is the liquidity of the asset, it will be very simple to resell your tokens once listed on a decent trading platform.

Secondly, ICOs have made investment more democratic and accessible to all. In an IPO, investment is limited to a very small panel of people.

Then, ICOs make it possible to free oneself from venture capital financing by issuing tokens.

The advantage is that, unlike other types of financing (venture capital, private equity), in the context of an ICO, the shareholders of the issuing company do not see their capital diluted. Tokens are not shares in the company.

Why ICOs Have Failed in the Recent Past

Although 2017 and 2018 saw ICOs gained popularity and made waves which helped them raise $6.2 billion and $7.8 billion in the respective years, ICOs hit a decline when more and more ICOs turned out to be scam projects or bad quality projects due to the little regulatory scrutiny. According to the Coindesk report, Exit Scams swindled $3.1 billion from crypto investors in 2019.

Since these incidents, the interest in ICOs began to wane as ICOs could only merely raise $346 million in the first half of 2019, a very little figure compared to how much attention they were getting in the previous years. These problems, in turn, gave rise to other cryptocurrency funding method like IEO (Initial Coin Offering) & STO (Security Token Offering).

The emergence of these new cryptocurrency fundraising initiatives has led to the decline of the ICOs, but in no way means that the ICOs are dead and out of business.

The market for ICOs has matured, they are now regulated in most countries and therefore, there are far fewer projects than before, but often more qualitative ones.

How Do You Determine if an ICO Has Potential?

One example of a cryptocurrency project that is running such an ICO is SaTT. It’s a utility token that stands for (Smart Advertising Transaction Token) based on the Ethereum blockchain technology and allows for the exchange of advertising and audience payments. Let’s take a closer look at what needs to be analyzed for an ICO, with the example of the SaTT one.

The first point to analyze is the team and stakeholders behind the project. The SaTT has got a strong case to make about them. They are filled with solid and experienced members led by CEO Gauthier Bros. The company behind the SaTT idea is ATAYEN, Inc financed in part by the renowned French investment fund Kima Venture.

Atayen is an American company that specializes in developing applications that are dedicated to business pages on Facebook and other social networks, They currently count more than 4,000,000 users with their various applications and have internationally renowned customers such as Coca-Cola, L’Oréal and McDonald’s.

In addition, they are supported by various renowned advisors in their different fields, such as established investment expert Richard Wang, Partner at DraperDragon Digital Fund, Eric Alexandre, CEO of Jetcoin who has already achieved a successful ICO and Quentin Herbrecht CEO of Markchain, a renowned marketing agency for blockchain project.

Use of Blockchain within Project: Hype or Real Competitive Advantage?

The online advertising industry is facing many challenges at the moment, from the announcement of the end of Cookies by Google, the lack of automated analytical tools adapted to the results of a personalized campaign, the increase of bots and low-quality audiences and several other issues.

Using the SaTT Smart Contract allows advertisers and publishers to set a defined trusted third party (oracle) that accurately determines the campaign performance, statistics and the amount to be paid to every participant. Thanks to the smart-contract and oracles, the allowance to pay according to the performance in a fast, automatic and transparent way.

By building the product on the blockchain network, the project ensures the integrity of the billing data and payments without the possibility of falsification.

ICO always provide roadmaps and indicate when the project is expected to progress and on which points. It is important to check whether the company is meeting these forecasts on time.

Secondly, it is relevant to have an MVP before launching an ICO, which will be a proof of concept for investors and shows that it is not just based on an idea but on a concrete use case.

In the case of SaTT, it is not an MVP that is developed but fully functional products that can be used for promotional campaigns on Facebook, Twitter, Linkedin, Instagram and Youtube. Even more, they already have customers and several advertising campaigns ongoing on SaTT DApp.

We can notice that they respect their Roadmap strictly and even often ahead of time.

Other important points must be mentioned for a complete analysis of an ICO project such as the partnerships carried out by the company, the media coverage and communication, the technology used, the different supports such as the website and the whitepaper or the project community. The purpose of this article is to help you see a little more clearly through all these fundraising projects and to educate you not only to avoid the scams that are always present within the sector, but also to identify projects that are worth looking into.

Outspoken billionaire Elon Musk claims to have saved Twitter from bankruptcy and looks to transform the company’s fortunes.