DigiTrax has launched MUZK coin, an ERC20 utility token that has currently seen traction on exchanges such as TKEX exchange. With it, users can benefit from cheaper services, among other things.

In an age led by behemoths including TikTok that advocate for user-generated content, users may crave technology that will help them build their own personal brands and help them stand apart from the rest of the crowd.

DigiTrax Entertainment, based in Knoxville, Tennessee, empowers users to create their own unique music through AI.

Founded in 2017, the Company occupies a unique history and market position through the acquisition of various properties. Digitrax acquired three companies integral to the success of its business that involves Artificial Intelligence platforms for music composition and production. 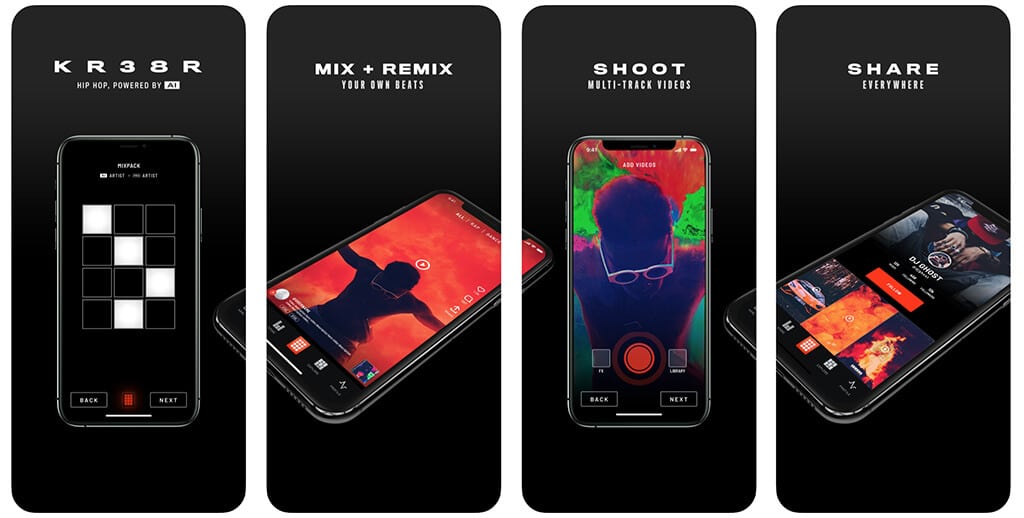 DigiTrax’s flagship product so far has been the “Music Builder” platform which allows users to create music at a rapid-fire pace using AI. The fact that an amateur user can now take inspiration from various other mainstream platforms to create their own unique twist as a means of self-expression, serves to differentiate DigiTrax from its competitors. For larger music professional organizations, the AI platform reduces the need for specialized staff. AI usually reduces costs, saves time, enhances security as its value proposition. The AI employed by DigiTrax is no exception.

The Company is currently in the midst of launching the new Beta for its platform called the Counterpoint Calculator. The CounterPoint Calculator is an AI-driven music composition plugin for digital audio workstations and can integrate with existing tools such as Pro Tools, Cubase, Apple’s GarageBand and Logic Pro. The Calculator can take sequences of abstract musical data (like chord sequences and rhythms) and compose new pieces of music based on that musical data.

The Company also offers consumer-facing products such as Karaoke Cloud Pro, which allows users to stream their favorite songs anywhere across various devices.

The Company has most recently also launched another consumer-facing product KR38R which is an AI-powered app allowing hip-hop artists and fans to create, share, discover, and perform to AI-generated hip-hop songs. Using DigiTrax’s AI technologies such as the Music Builder, KR38R analyzes the most popular songs on the charts and automatically generates new, similar sounding sounds, tracks, and style. KR38R seeks to open up collaborations with leading hip-hop artists, media, and influencers.

DigiTrax also offers Enterprise solutions including MusicFact Reports, an AI-driven comparative copyright analysis tool designed for copyright law. Users can save time, money, and effort by establishing concrete evidence of music copyright infringement. The AI engine can not only create new masterpieces but also prove authenticity by running comparisons of songs with others in the catalog to prove the content’s originality.

DigiTrax has launched MUZK coin, an ERC20 utility token that has currently seen traction on exchanges such as TKEX exchange. Most tokens related to music-related platforms seek to use tokens as a way to partake in an artist’s dividends or earnings in the future. However, MUZK may explore alternative use cases. For example, users can buy the MUZK coin and benefit from cheaper services and more options across various product lines, among other things. The token serves as a prime example of a cryptocurrency with use cases across multiple venues and platforms that have the right crypto economic model to succeed.

The company’s token MUSK is currently listed TKEX exchange at $0.267 (0.00109 ETH) and will be covered on major advertising platforms soon according to YouTube channel CashWithBob. MUSK was listed on the TKEX exchange around August 2019 as an ERC20 token and approached 10K trades in the first month. With bold buyers making large moves via the Exchangr Marketplace, MUZK is also showing activity in the CASHR as over 37,000+ MUZK tokens have been sold via CASHR on TKEX.

Apple’s mixed reality headset is expected to launch in the spring, and deliveries will begin by fall 2023. The device will be exclusive, for a limited audience, rather than mainstream.