On August 1st the ETH is under pressure again. It is generally traded around 213.19 USD.

On the week timeframe of the ETH we see the correcting growth reach 38.2% Fibo and decline start. The dynamics of the MACD and Stochastic demonstrates, that the MACD is aiming at the area of negative values, while the Stochastic is trying to escape the oversold area. In other words, there is a lack of consent in the signals. Speaking about a new wave of long-term declining, it may be confirmed by a breakaway of of the current minimum at 80.86. Until this happens, we may soon expect another wave of correcting growth to 50.0% (455.00). 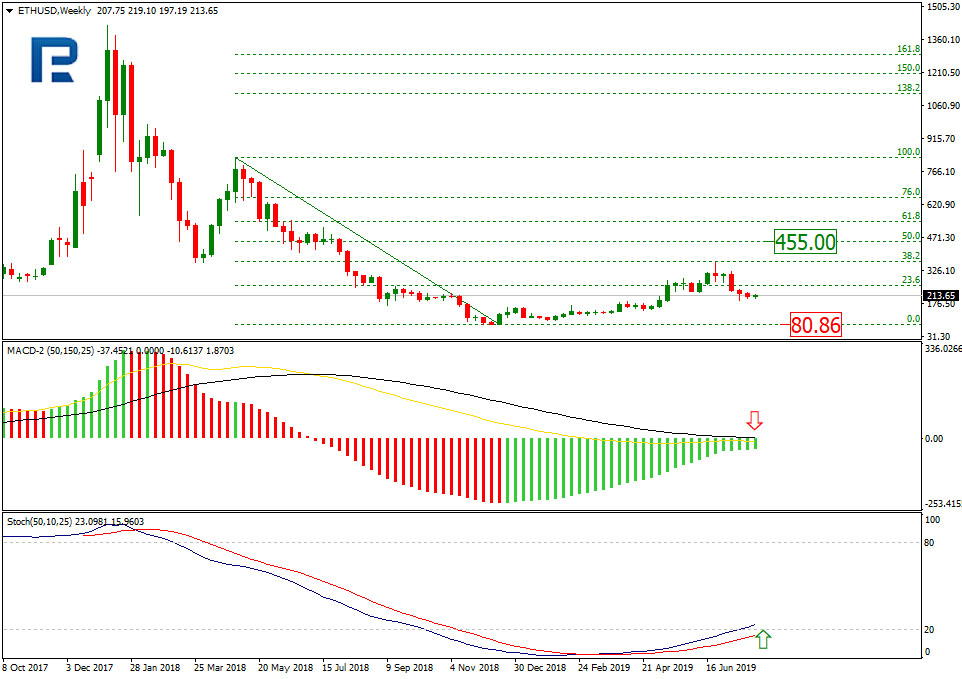 On D1 the ETHUSD quotations are inside a consolidation Triangle, demonstrating potential for extending the channel to a Flag. At the same time it is worth mentioning that after a break of the uptrend the declining wave neared 61.8% (188.60) Fibo but did not reach it. Further decline to 61.8% (188.60) and 76.0% (148.83) may not be excluded. It is also worth realizing that the current consolidation may be a preparation for a leap upwards. Thus we may assume that a breakaway of the local resistance at $235.79 will signal the development of a new wave of growth. 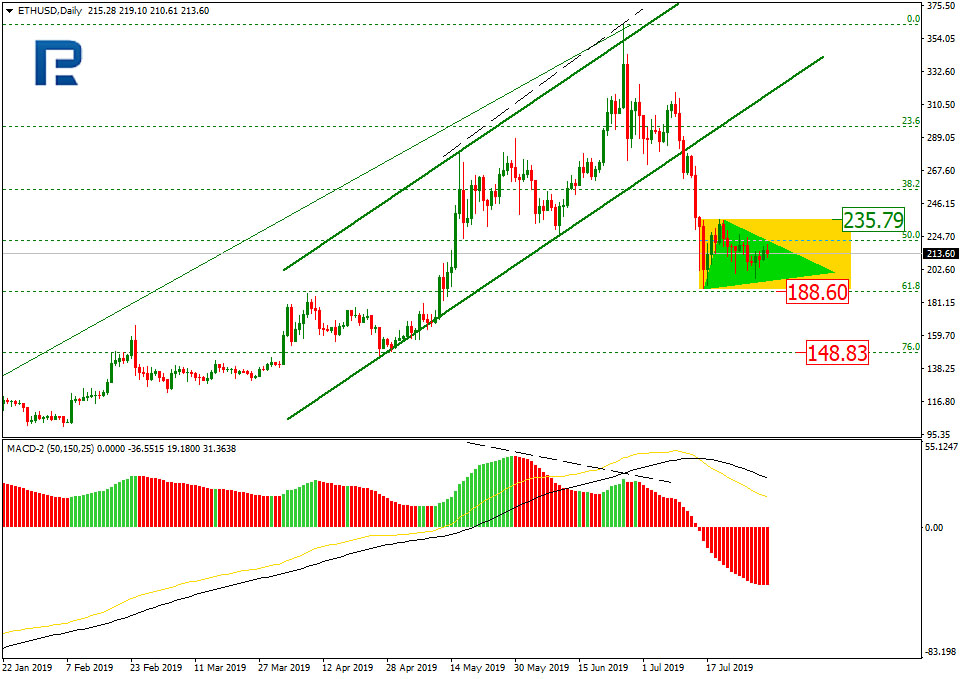 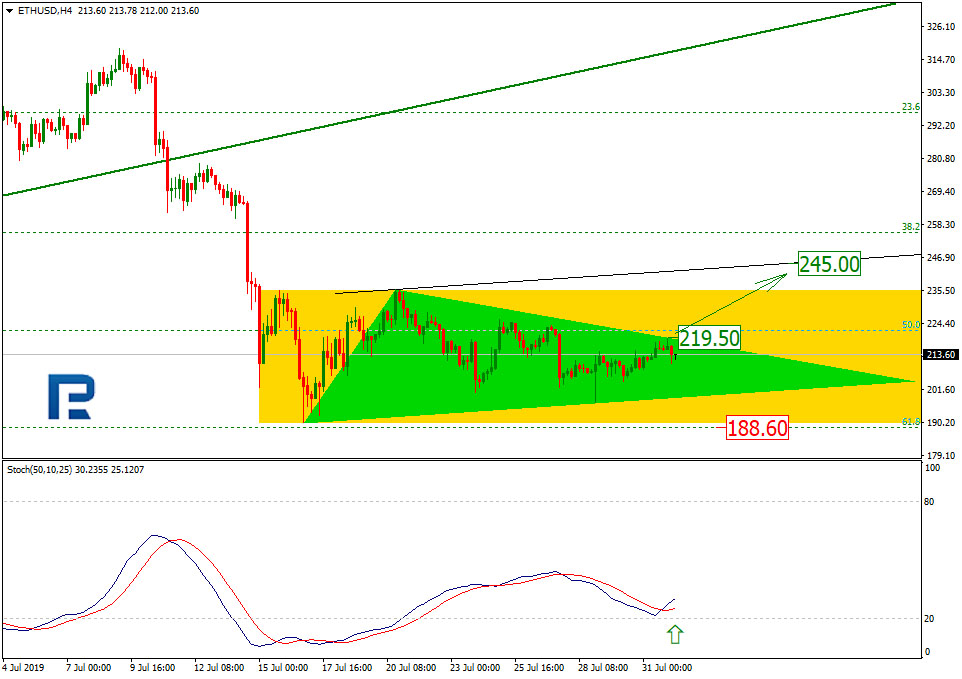 In the rating of the most popular cryptocurrencies by the China Center for Information Industry Development the first place was taken by the EOS, as before, while the second one was won by the ETH. The third line belongs to the Tron, while the Bitcoin fell to the 11th place in the rating. The rating is published by the CCID, that is why it does not reflect the real position of Chine on the cryptocurrencies; however, these considerations are rather curious. This time the last on the list were IOTA and XEM: it seems that they are becoming abruptly less appealing for investors.

July turned out stressful for the Ethereum. Its price declined for 36%, which is one of the worst results on the digital currency market. In comparison, the BTC price decreased for 28% in the same period, while the price of the XRP — for 35%. The percentage of the BTC on the market has grown to 64.5%. Due to the market instability, the daily trade volume also shrank. While at the end of June it was 135 billion USD, at the end of July it turned out around 45 billion USD.

Inside the SEC, there finally emerged a more or less clear understanding of what is to be considered an asset or a security and what is not. The Pocketful of Quarters project basing on the Ethereum blockchain, was granted tokensale by SEC. Now the company may sell tokens without registration as a security. This is an important signal to the cryptocurrency market, however, it is worth remembering that SEC is still really cautious about digital money and safety.

Thanks to Astar’s Ethereum and WebAssembly compatibility, DeFi applications can seamlessly be deployed on Astar’s parachain, where DIA will be able to feed them with accurate and transparent market data.

2022 is expected to witness a liquidity shift moving to projects built on Cardano, thanks to the Cardano ER20 bridge.