On W1, the situation remains the same: the market is forming a descending impulse to the minimum of $80.86. In a longer perspective, the main goal of the predominant trend should be the psychological minimum $10.0.

On the MACD and Stochastic, further decline is also confirmed. However, care should be taken on the market and all options considered. A breakout of the current resistance level near the psychologically important level $200.00 may signal the start of a bullish phase. 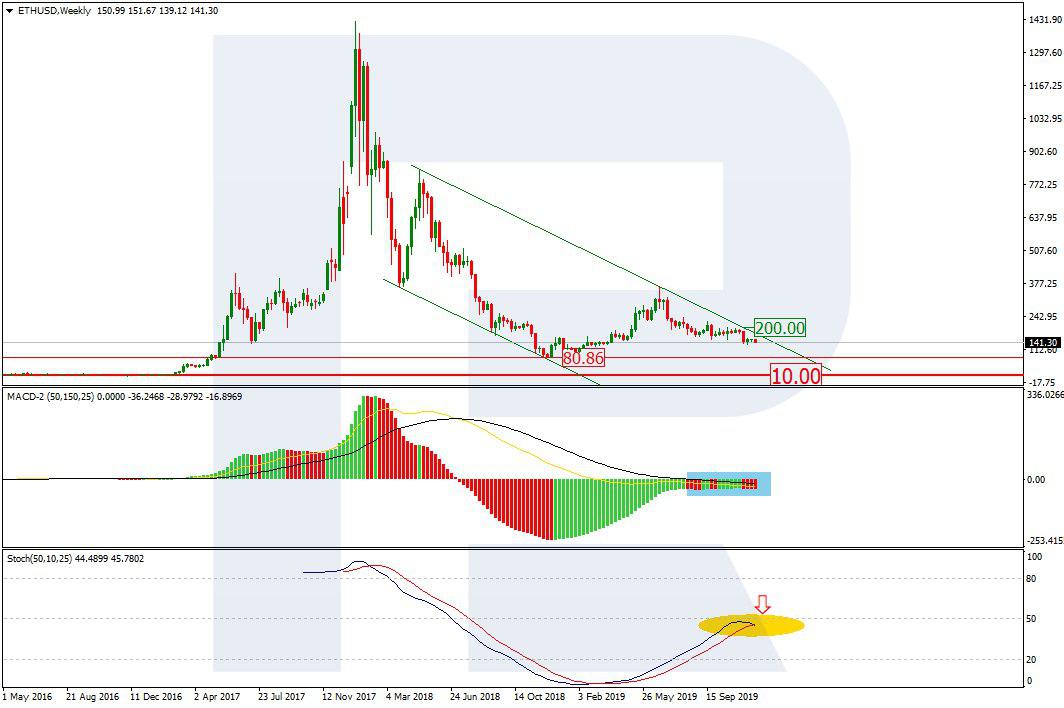 On D1, the quotations keep moving inside a stable channel, which may mean a strong position of the sellers. The goal of the decline is near the psychological support of $100.00. A convergence forming on the MACD is worth paying attention to as well, signaling the weakening of a downtrend and a possible pullback. The local resistance is near $169.00. A breakout of this level may not just open the way for an uptrend to $225.00 but become a preliminary signal for a reversal of the overall trend. 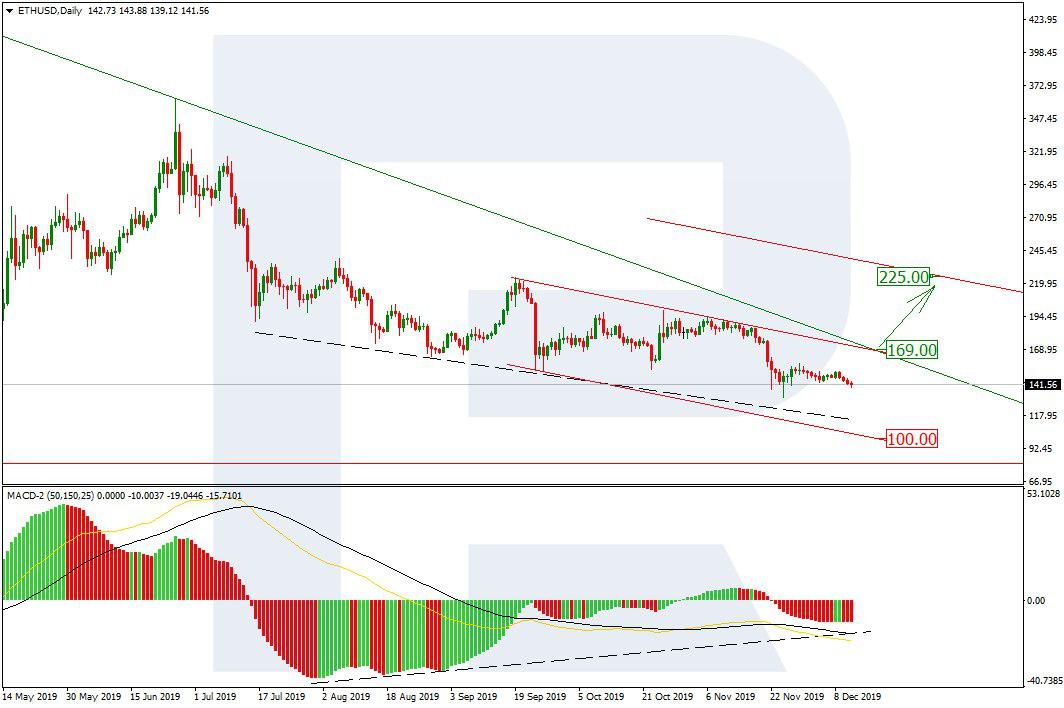 On H4, the correction is ending near 38.2% Fibo and a new wave of declining to the current minimum of $132.02 is developing. The Stochastic, having formed a Black Cross, supports the decline. However, a bounce off the minimum may generate a new impulse of growth to 50.0% ($165.40). 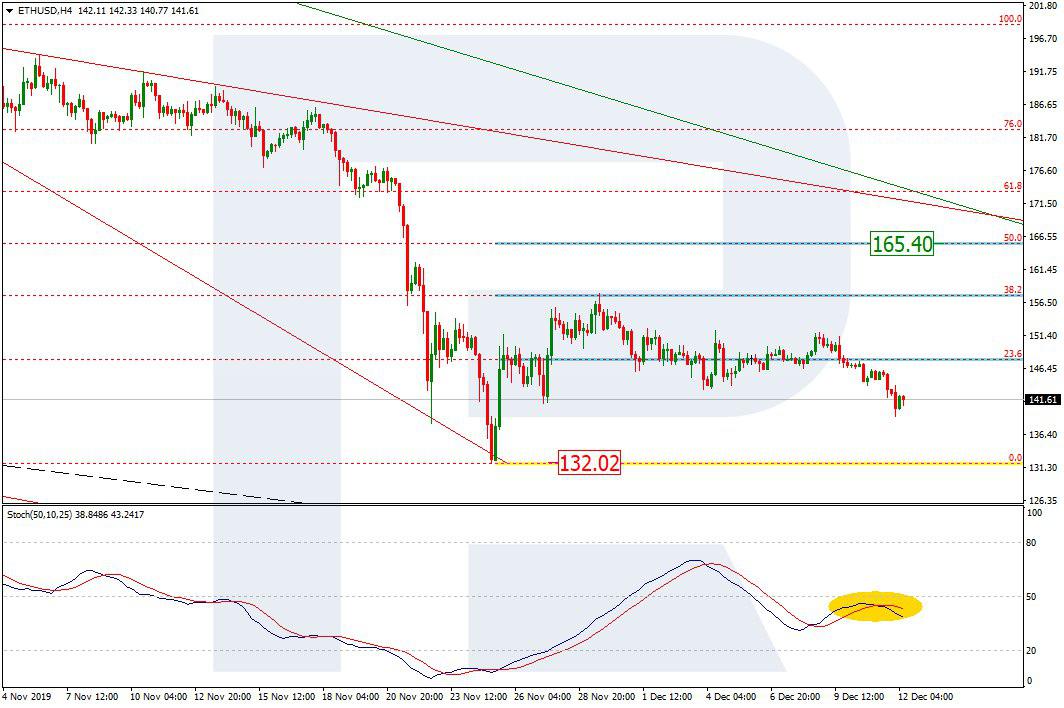 China presented a renewed rating of the most popular and stable cryptocurrencies. The ETH managed to return to the top ten and thus outplay the BTC. As we see, the Ethereum is now number two in the rating, number one being the EOS and number three — Tron.

The rating is based on three key criteria: the value of innovations, the technology used and practical application. Of course, the CCID rating does not represent the official position of the Chinese authorities. However, currently, it must be one of the main ratings reflecting the likes and preferences of the investors.

The Istanbul hardfork, carried out in the Ethereum network in December, enhanced the safety of the system and made it closer to switching to the Proof of Stake algorithm. The latter will let the users receive passive income by just saving the coins in the wallet. It is known that some 75% of nods have switched to the new software.

The hardfork did not influence the ETH price though it increased the daily volume of trades. It reached $6.6 billion.

As the largest DEX platform on the Ethereum blockchain, Uniswap commands as much as $2.36 billion in the total value of assets in the Dapp’s smart contracts, allowing users anywhere in the world to trade crypto without an intermediary.

Open-sourcing of the STARK Prover technology will lead to greater developer participation and community collaborations for building dApps on the platform.