On Thursday, November 14th, the ETH remains in a flat, trading at $185.00. There is not much news about the cryptocurrency, so it is obviously not enough for a strong catalyst to emerge.

On W1, the picture is still bearish. Locally, the market is correcting after an impulse of decline. Presumably, the market strategy is to break out the minimum at $80.86. This idea is supported by the descending of the MACD lines. The Stochastic, in its turn, is preparing for a Black Cross as a signal for a new wave of mid-term declining to start. 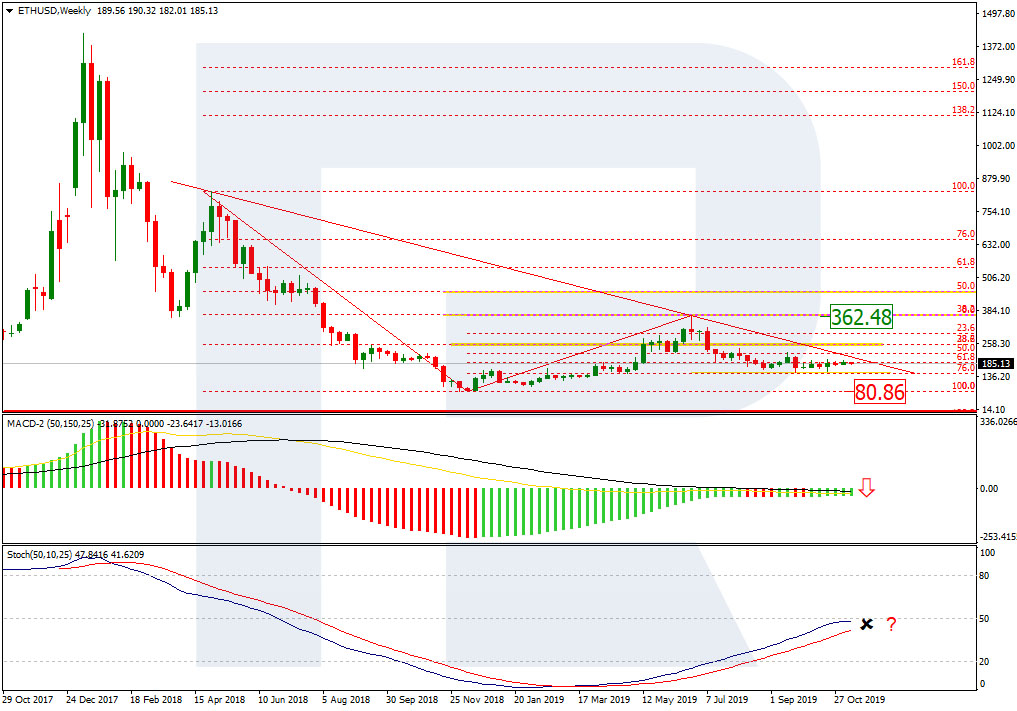 On D1, ETH/USD is in a correctional flat after a decline to 76.0% Fibo and a convergence on the MACD. The quotations are squeezed between the support and resistance levels ($155.50 and $202.50, respectively). A breakout of the upper border may let the market develop full-scale correctional growth to 38.2% ($233.00). Meanwhile, a breakout of the support level might let the quotations pass to the psychologically important level of $100.00. 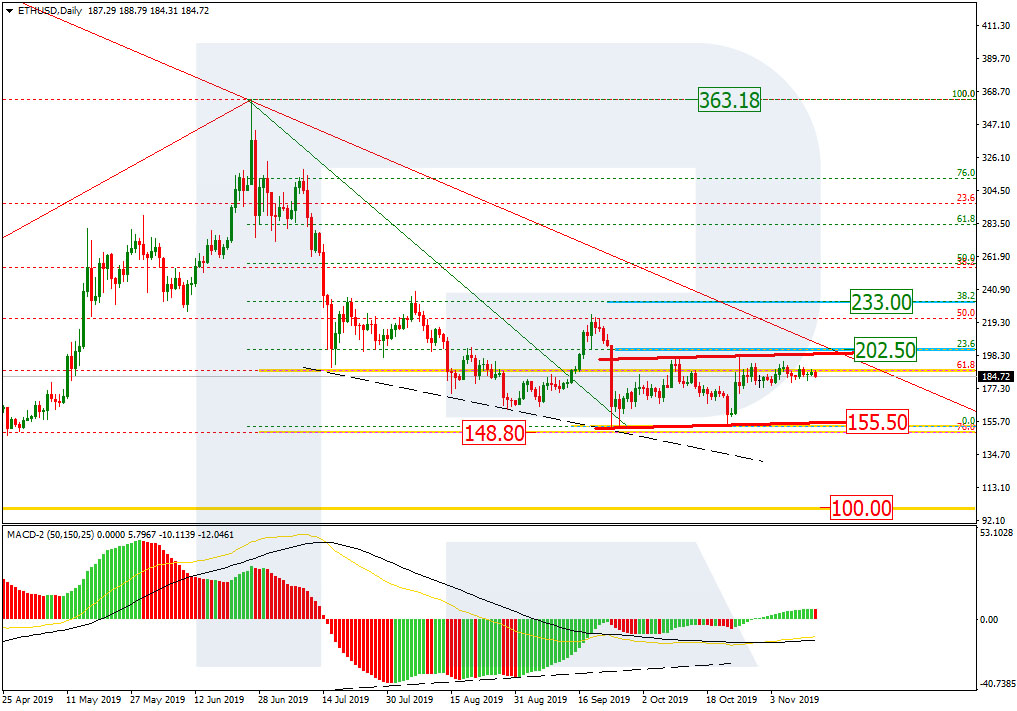 On H4, the cryptocurrency is demonstrating a correctional Triangle after a swift rise. In this case, it is a pattern of further growth, however, a short-term decline to the fractal level of $174.00 after a breakout of the local support at $182.00 is not excluded either. This scenario is supported by a Black Cross forming on the Stochastic. Also, we should pay attention to the resistance level of $191.75; a breakout of this will signal the extension of the mid-term correction. 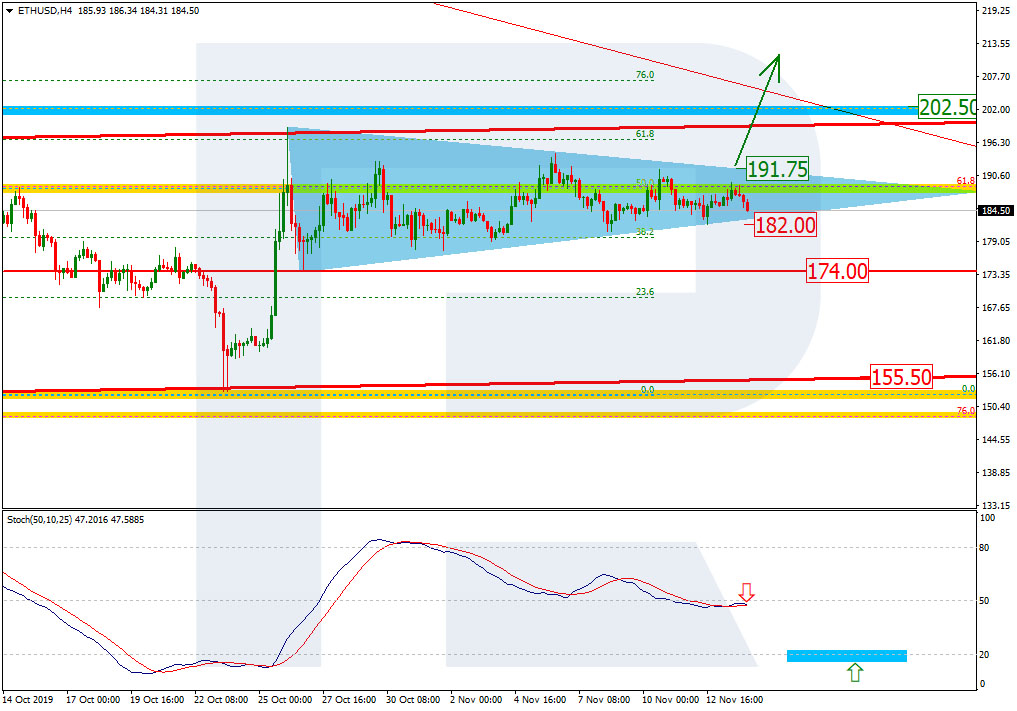 The Ethereum developers declared the exact date of the Istanbul hardfork, which is December 4th, 2019. The update of the network will be launched on the block 9069000. The details of the hardfork are no secret, available to anybody.

For the users, the most important feature of the Istanbul hardfork will be the introduction of the ProgPow algorithm that will solve certain problems with the mining. In particular, it will eliminate the advantages of the ASIC hardware in comparison to the opportunities of GPU.

After switching to the Proof-of-Stake algorithm, the ETH used for stacking may acquire the status of securities. This was voiced by the CFTC. Earlier, they spoke about the ETH being more like an exchange commodity than a security but now they are highlighting that the status of one asset can change with time. Apparently, this is happening now.

On the one hand, a clear grading of cryptocurrencies as assets could attract new investors and fresh money. On the other hand, this means regulation, a decrease in privacy and decentralization, i.e. the things the crypto market is valued for.