The EOS system is free of transaction fees, but to create an EOS account and process any operations with it a user has to buy a certain amount of RAM, CPU, and NET. RAM is needed to sign new accounts, add data and store records on the EOS blockchain. CPU and NET are resources which correspond to the amount of processing power and network bandwidth that users are allowed to operate.

RAM, CPU and NET have to be bought by users in order to create a EOS account. The price for all of them, enough to start out on the platform, varies from $2 to $20.

Freewallet provides its users with free EOS account registration, allowing them to save on fees that normal users have to give for RAM, CPU and NET. The Freewallet Team took the average price, and analyzed the lot saved by Freewallet EOS holders by accessing the EOS system through our platform. 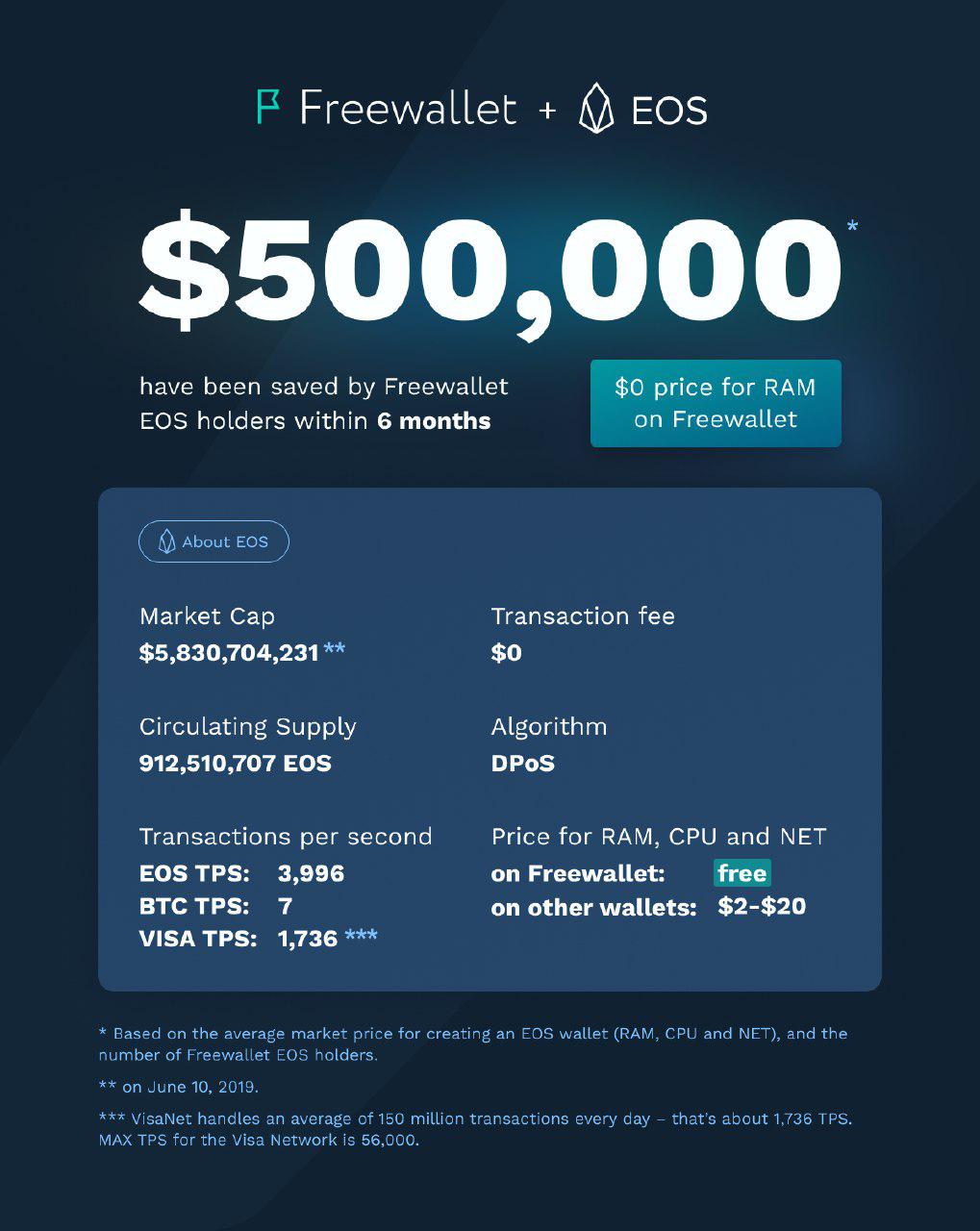 Freewallet develops hosted wallets with built-in exchanges for the web, iOS, and Android devices, capable of holding Bitcoin, Ethereum, Litecoin, Dogecoin, Monero, EOS, and more than 100 other cryptocurrencies all in one place. In 2018, Freewallet was listed as the third most popular online wallet for Android. Freewallet’s first mobile cryptocurrency wallet was released for Android in January 2016.