Crypto professionals have been curious about the recent 63 percent price increase for Gnox during its second presale. Some even predict that a third presale round, similar to the one we witnessed with Shiba Inus, will be even more prosperous.

In the days leading up to the ICO debut, Gnox’s price is anticipated to increase significantly more. 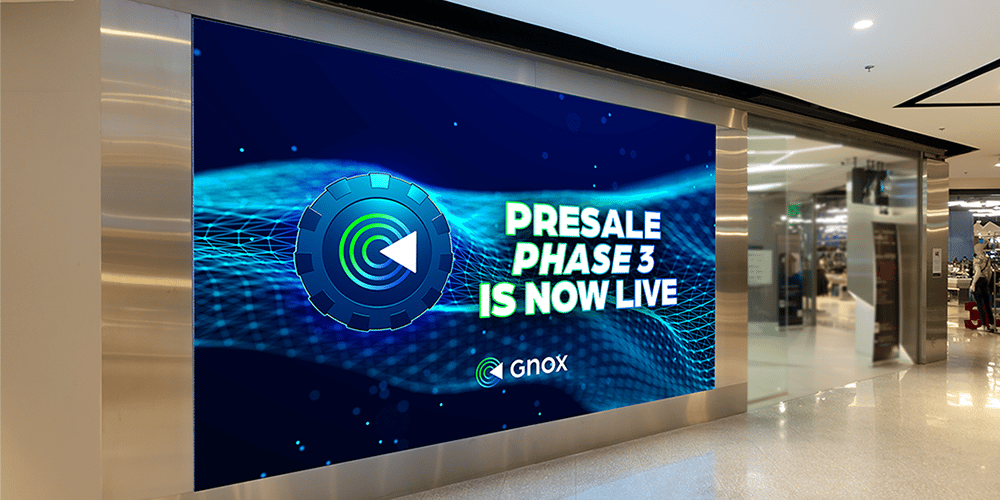 The launch of Gnox is anticipated for Q3 of 2022. The launch price of the Gnox token has not yet been made public by the project team. However, due to the current demand, it is anticipated that the price will be significantly higher than the price in the presale rounds.

Bitcoin (BTC) Continues to Float at Around $22K

Bitcoin’s price is down 56% year-to-date, but the correction was not strong enough to remove the digital asset from the list of top 20 global tradable assets.

The token is up more than 5% since Friday and is holding above $22,000 for a sustained period for the first time since the mid-June price crash.

Bitcoin emerged in 2009, making it a total of 13 years of operations. In all these years, experts have identified interesting patterns from watching its movement closely. Observers suggest that two factors usually evoke these patterns on the network, market conditions and investor sentiment. A change in either of these factors causes many events to unfold in the ecosystem.

The Gnox team disclosed that during its initial presale session, it sold 49.5 million tokens, driving up the price of the token by more than 60%. 1.3295 billion Gnox tokens were burned at the end of the first presale round, further driving up the price and resulting in an overall 63 percent price increase.

The next token burning is scheduled for the end of the third presale, so early investors should pay attention to receive greater profits. The most lucrative and wisest investment prospect on the market is still Gnox.

What Is Gnox (GNOX)?

Gnox’s core competency is its commitment to bridging the crypto and fiat worlds by making the benefits and usability of each clear to the general public.

Gnox came up with the idea of taxing purchases and sales in order to reward long-term investors by accumulating a treasury.

As the first reflection token of its kind, token owners can use this treasury to profit from the DeFi industry’s highest yielding prospects.