We’ve worked hard to prepare this astonishing Tron guide, where you can educate yourself on all the ins and outs of the project, its basics and the potential it holds.

Launched in 2017, TRON is a blockchain-based entertainment content sharing platform that aims to transform the global entertainment industry. Since its beginning, TRON has been making amazing “hurdle” in the crypto world, mostly for the right reasons, but occasionally because controversies sometimes are good for business.

But, be it as it may, the fact stands: its Tronix cryptocurrency (TRX) eventually became one of the world’s top 10 coins by market capitalization in 2018.

What hides behind this promising project and what we’re likely to see in 2019, it’s for us to find out.

It’s a not exaggerated fact that TRON is being an ambitious project dedicated to the establishment of a truly decentralized Internet and its infrastructure. 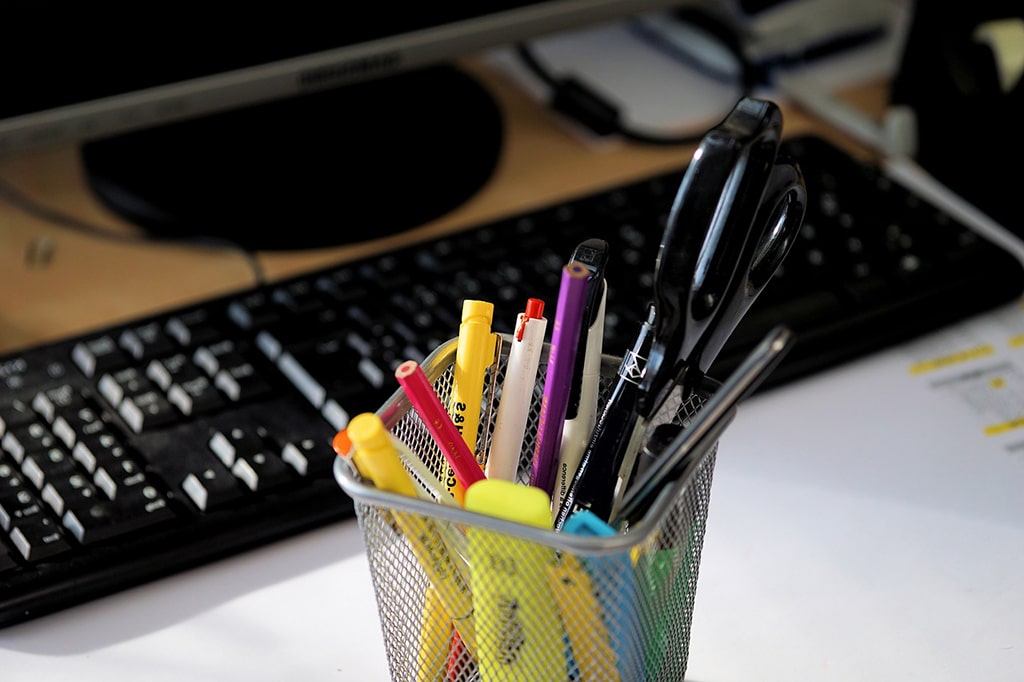 As it’s official website reads “the TRON Protocol is one of the largest blockchain-based operating systems in the world and what it offers is public blockchain support of high throughput, high availability and high scalability for all Decentralized Applications (DApps) in the TRON ecosystem.”

If put it simply, TRON protocol enables users to publish, store and own data. By using the autonomous decentralized form, users can select how to share the data. The same form enables subscriptions and pushes content by releasing and circulating digital assets.

TRON’s protocol has native economic system that uses TRX to enable one-on-one interaction between content creators and their audience. What does it mean? It means that this system warrants an “unprecedented one-on-one interaction between providers of digital entertainment content and ordinary users” As a result, content providers will no longer need to pay high fees to centralized platforms in order to promote their work.

In addition to providing a free platform for sharing content, TRON also wants to provide users with a social network that connects people, a digital currency (TRX) for transactions, a payment network, and an autonomous ecosystem. TRON plans to achieve these goals through six phases starting with Exodus in 2017 and ending with Eternity in 2023. 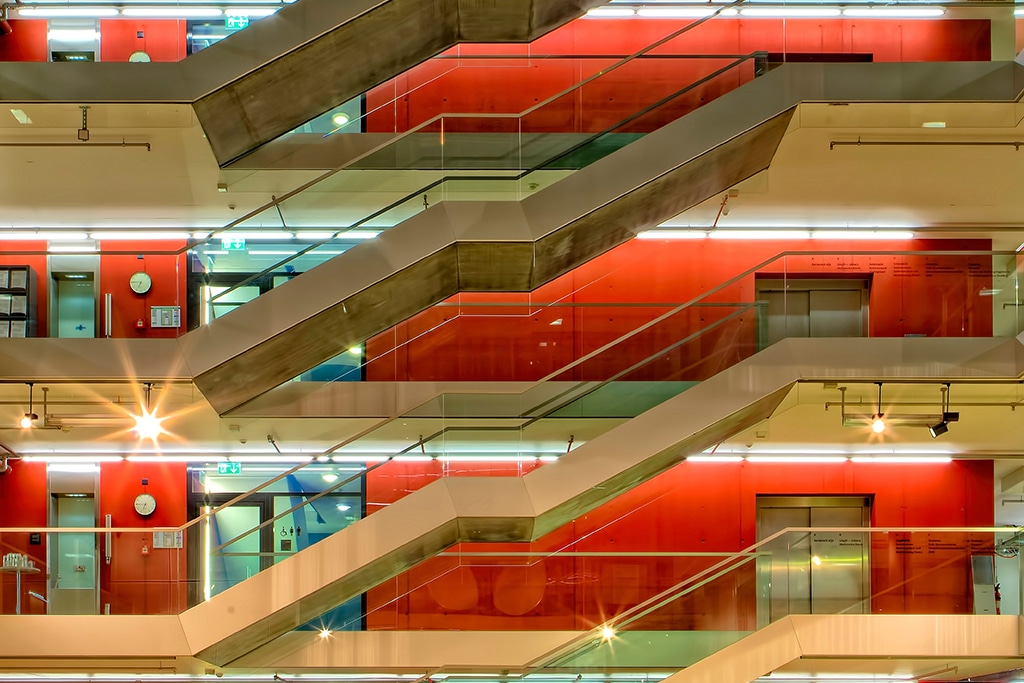 Below are the key features of each phase:

Odyssey – this stage attempts to incentivize the early adoption and creation of content on the platform using a system similar to a proof-of-stake model.

Great Voyage & Apollo – this stage presents individual ICO capabilities, or, if put simply, ability for content producers to issue their own personal tokens.

Star Trek – during this stage, TRON will launch a decentralized gaming and forecasting platform similar to Augur where anyone can freely build fully autonomous games and predict market functions.

Eternity – as the result of this final phase’ implementation, in addition to setting up games on TRON, developers will also become able to crowdfund game development and find investors on the platform to contribute to game content creation. 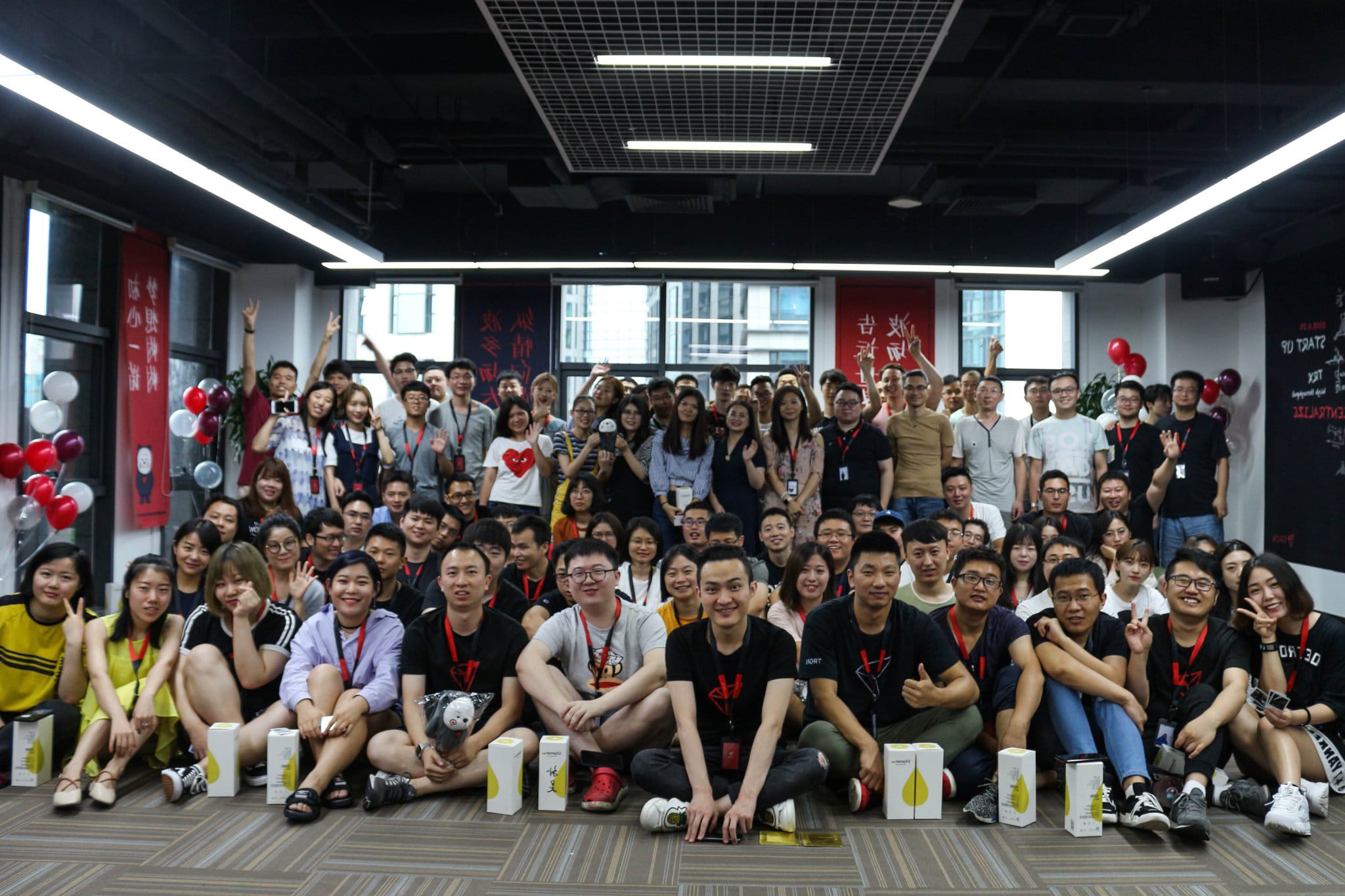 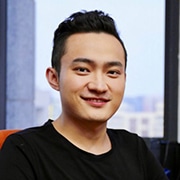 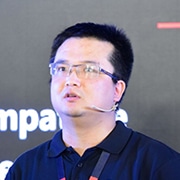 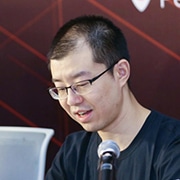 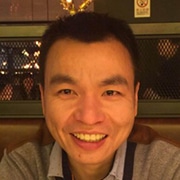 Zhang Anwen (Evan): Zhang Anwen graduated from Peking University. He is proficient in cos system architecture of usb key, platform development, application logic, security systems and cryptographic algorithms. He has been responsible for the cosmic development, USBKey security assessments and security protocols adjustments of four major commercial banks such as ICBC, Agricultural Bank of China, Bank of China and China Construction Bank. 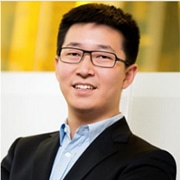 Wei Dai: Dai Wei is the founder and CEO of Ofo, the world’s first “station-free” bike-sharing platform. Dai graduated from the Guanghua School of Management, Peking University. In 2017, Dai was recognized by Fortune China as “40 Under 40 Business Elite” and “30 Under 30 Asia”. 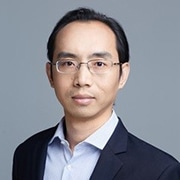 Shuoji Zhou (Vincent): Vincent is founder of FBG Capital, with extensive experience in digital assets trading and investment.Vincent is also an early investor of a broad spectrum of blockchain companies and projects. He is considered as one of the most well-connected and visionary crypto hedge fund managers in Asia.

Bear in mind that the TRON Foundation and the TRON blockchain is going from strength to strength, after beginning this year’s march to success with a development team of just two engineers, TRON now has over 40.

Any Benefits to Offer? 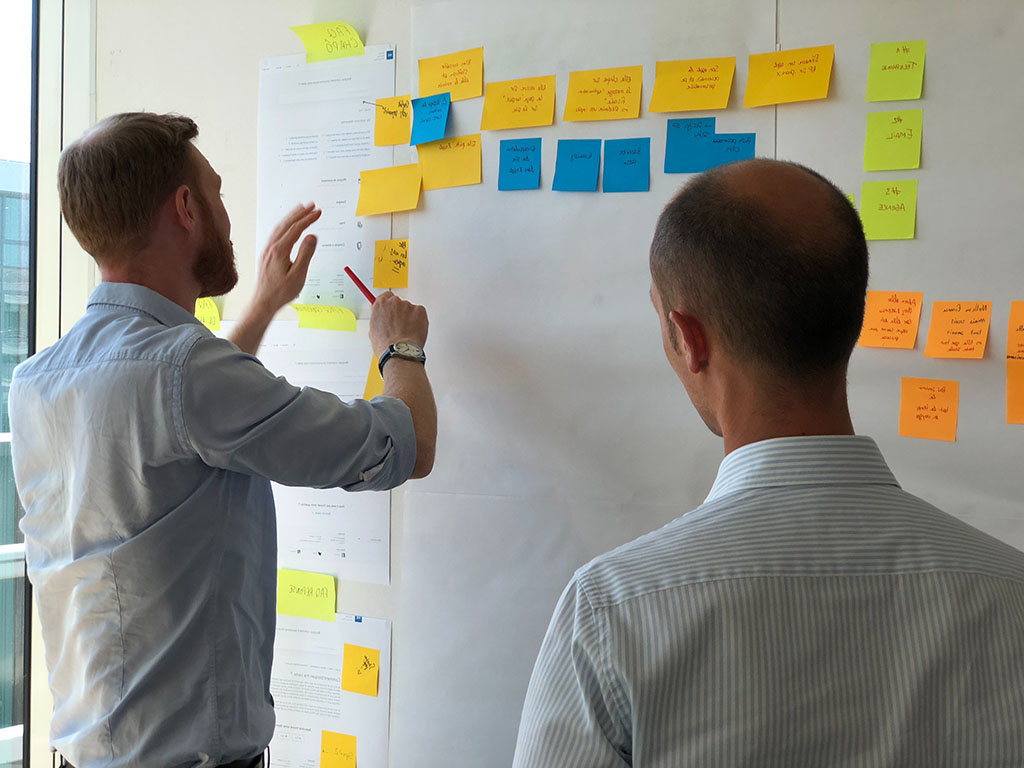 What actually differences Tron from other protocols is that, as we already said, it isn’t really conventional.

What they are claiming for the company is that it helps cut out middlemen, like Google Play or Apple Store, who connect creators to users (you have to admit that is something new).

Instead, the creators of digital content, say mobile applications, can receive revenue directly from their users and consumers.

Apart from eliminating middlemen, this also reduces traffic dependency on sites such as Facebook. This is because traffic will be streamlined back to the creators, removing the need for hits and views on middleman sites.

“The protocol allows each user to freely publish, store and own data, and in the decentralized autonomous form, decides the distribution, subscription, and push of contents and enables content creators by releasing, circulating and dealing with digital assets, thus forming a decentralized content entertainment ecosystem.”

“Right now, people don’t realize how much they’ve lost their privacy. Facebook owns the information you share there. Amazon and Google know where you, what you’re doing and what you buy. A decentralized ecosystem returns power back into the hands of users.” 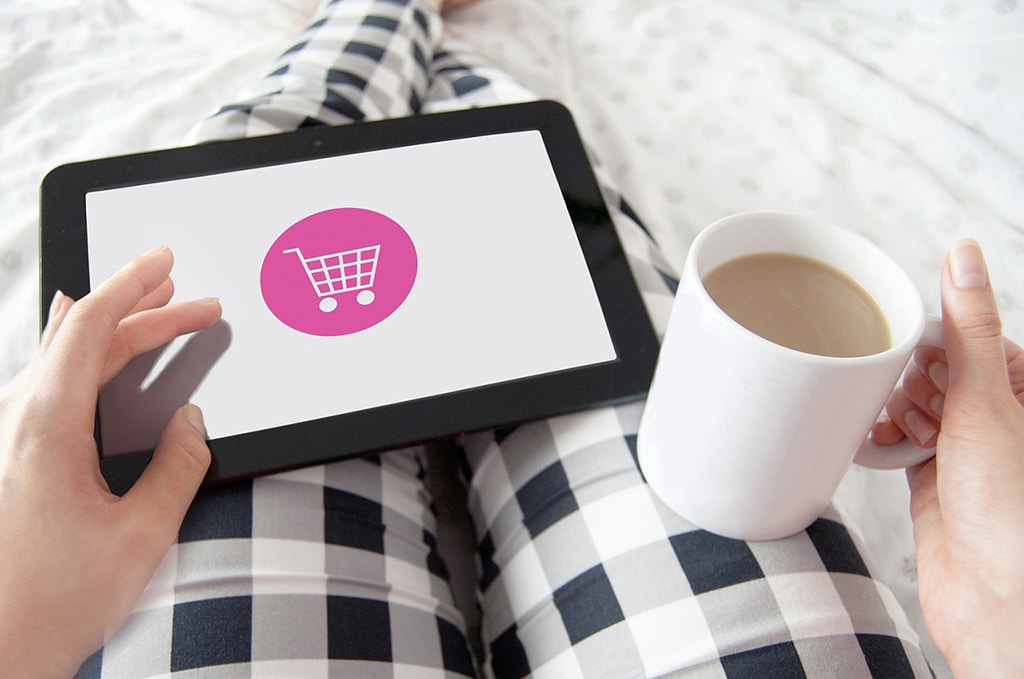 Before you can Buy Tron on Binance, you will need to create an account on the exchange. Binance has the lowest fees out of all exchanges, and has fantastic security.

After signup, locate the deposit addresses for Bitcoin or Ethereum. This can be found by going to the navigation bar, mousing over funds and clicking deposits.

Also, it can be traded on Bittrex. These exchanges are limited to cryptocurrency, meaning that to buy Tron, you need to exchange it for Bitcoin or Ethereum. In order to buy Tron (TRX) on Bittrex, you will need to first make an account.

After an account is made, click the wallets tab on the top of the navigation bar. Your Bittrex Bitcoin deposit address will then be displayed. Copy this address, because you will need this in the next step to send Bitcoin to Bittrex. After having a balance on Bittrex, head to the corresponding pairing. This example will use the BTC/TRX trading pair. Once your order has filled, you have successfully purchased Tron!

Having said that, most major exchanges and trading platforms do support TRX – including OKEx, Huobi, Bithumb, Bitmart, and more. All in all, there are more than 160 exchanges supporting the coin. The full list can be found here. 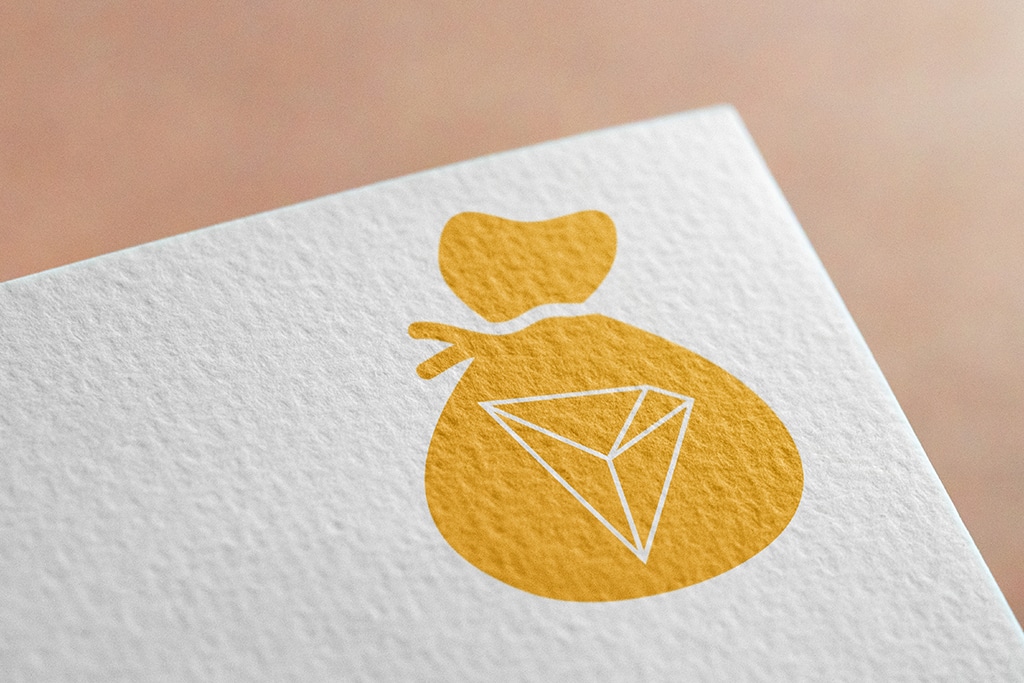 There are plenty of TRX wallets where you can store this currency just to mention some:

Tron: Invest or Not to Invest? 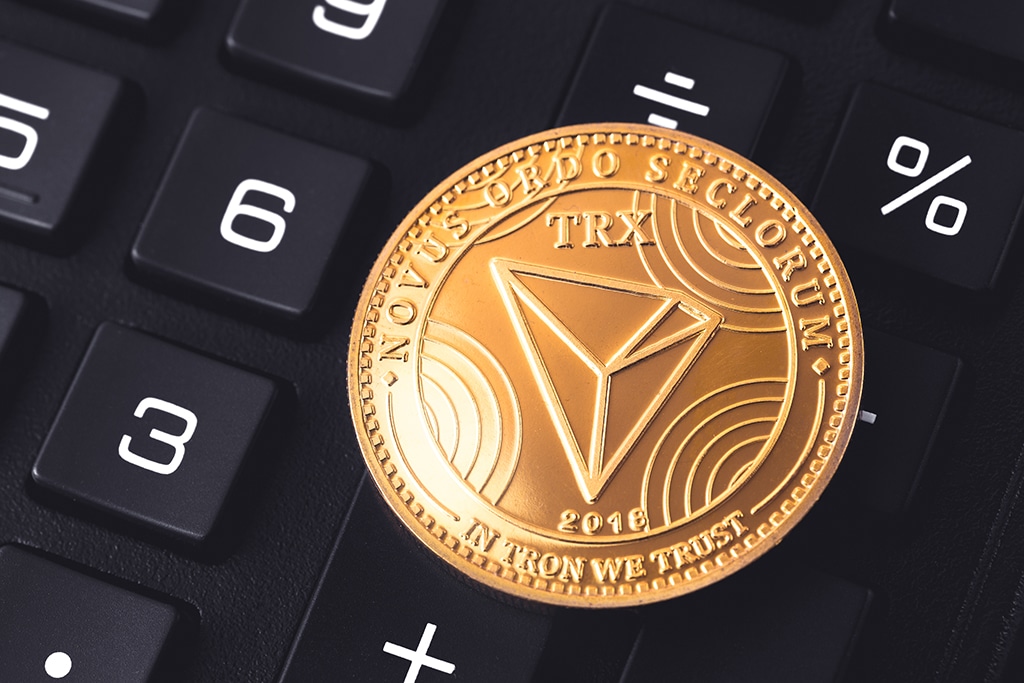 The answer lies in what TRON can possibly achieve going forward. Here’s why we at Coinspeaker believe, this emerging project could turn out to be a great investment: 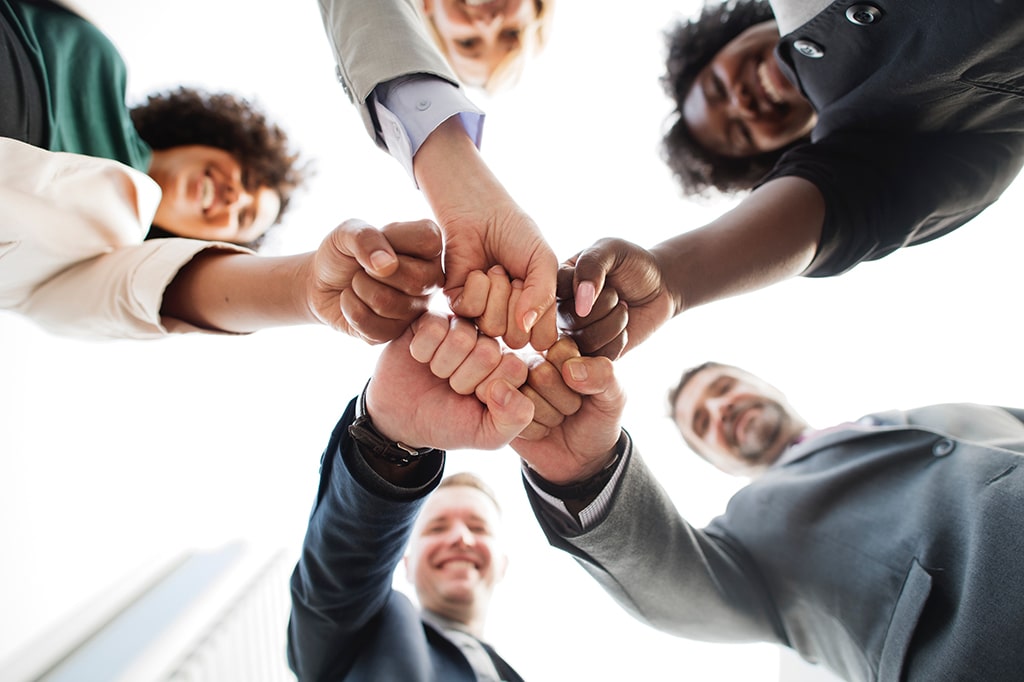 Tron’s biggest partnerships include (but not limited to):

ZAG-S&W is one of the Tron’s partners and a leading international law firm that focuses on commercial and corporate law. This is a promising addition because the firm is part of the Legal 500, which has an extended network to some of the biggest companies in the world. This partnership will offer comprehensive support in digital asset transactions, operations, risk management, and legal adaptation across jurisdictions. As Tronix is listed on more and more exchanges, the need for legal support only increases. This partnership is very strategic.

We already wrote of how Sun has also acquired a software company BitTorrent. The latter is not going to shift its services in light of the deal.

BitTorrent, an Internet technology company based in San Francisco, has been bought by a blockchain-focused startup Tron headed by Justin Sun for $140 million.

BitTorrent Inc. is a pioneer of peer-to-peer file sharing. The company designs distributed technologies that scale efficiently, keep intelligence at the edge, and keep creators and consumers in control of their content and data. More than 170 million people use its products every month. BitTorrent protocols move as much as 40% of the world’s Internet traffic on a daily basis.

It’s important to accent that BitTorrent, has seen great success in the public sale of its BTT Tokens that happened at the 28th of February 2019. The company raised millions of dollars in a matter of minutes, despite the fact that some technical difficulties took place.

The token sale was organized on Binance Launchpad, a token sale platform run by the Binance exchange. Two simultaneous sales were run for Binance Coin and Tron. BTT investors could participate through two separate sale sessions, one for those paying with the token native to the Tron blockchain, TRX, and the other for those paying with Binance’s native exchange token, BNB. Each BTT token was valued at $0.00012.

Both the sales lasted less than 20 minutes due to the heavy demand. More than 59 billion tokens were sold in the BitTorrent public sale. In all, the BNB-BTT sale sold 23.76billion BTT tokens, with the TRX-BTT sale selling 35.64billion tokens. BTT tokens sale raised a total of $7.2 million. There were about 620 contributors to the TRX session and about 340 contributors on the BNB session.

Project Atlas is a new code name for the TRON’s incentive to connect the peer-to-peer network of BitTorrent with its own blockchain. This is to be done with protocol extensions and its own TRON token used to reward seeders for their contributions to the file-sharing community. Thus TRON wants to create a token economy within the torrent client, which should make the data transfer significantly faster.

ABCC crypto exchange became the first exchange to list tokens based on TRC10 technical standard having entered in a partnership with Tron.

This new move by ABCC has made it the first crypto exchange to list tokens built on the base of Tron’s TRC10 technical standard. The information about listing Tron on ABCC followed the exchange’s announcement that it had started working on adding support for tokens based on both the TRC10 and TRC20 standards.

According to the Tron’s guide intended for developers, TRC10 is a technical standard for tokens, support of which can be provided by the cryptocurrency’s native blockchain without a necessity to deploy the Tron Virtual Machine (TVM).

It also seems that rumors, which were spreading in 2018, were true and that Oracle, a cooperation offering a comprehensive and fully integrated stack of cloud applications and platform services, has partnered with Tron (TRX) Foundation.

With an energetic young leader in Justin Sun, this coin is going places. The founder is one of the most well-connected people in crypto. The fact that he can call Jack Ma, the founder of the Ali Baba Group, as well as the founder of the World Wide Web, members of his inner circle shows how powerful he really is. Think of Justin Sun’s network when you answer the question, ‘what is Tron coin?’

Have you ever heard the quote, show me who you surround yourself with and I’ll show you who you are? This quote applies to business mentorships, too. Justin Sun’s first-degree network, as well as his vision for the future of Tron, are powerful assets. This project is still very new, and we’re terrifically excited to see what the future holds for Tron!

This guide will examine a new upgrade to NFT called NFT Token Offering (NTO). Will it redefine the world of NFT? Or is there more ...