While it’s widely-believed that Initial Coin Offerings are chosen as a fundraising strategy only by blockchain startups, Gregory S Mathew, blockchain expert and professional tech researcher, shares how other sectors explore opportunities presented by ICOs.

Two years later, ICOs have raised over $24 billion according to InWara’s database – an incredible amount considering the short time frame. Most of these ICO projects were restricted to sectors such as Blockchain or Financial Services.

But this rhetoric may not be true in the future as entrepreneurs start to explore business opportunities in novel sectors. 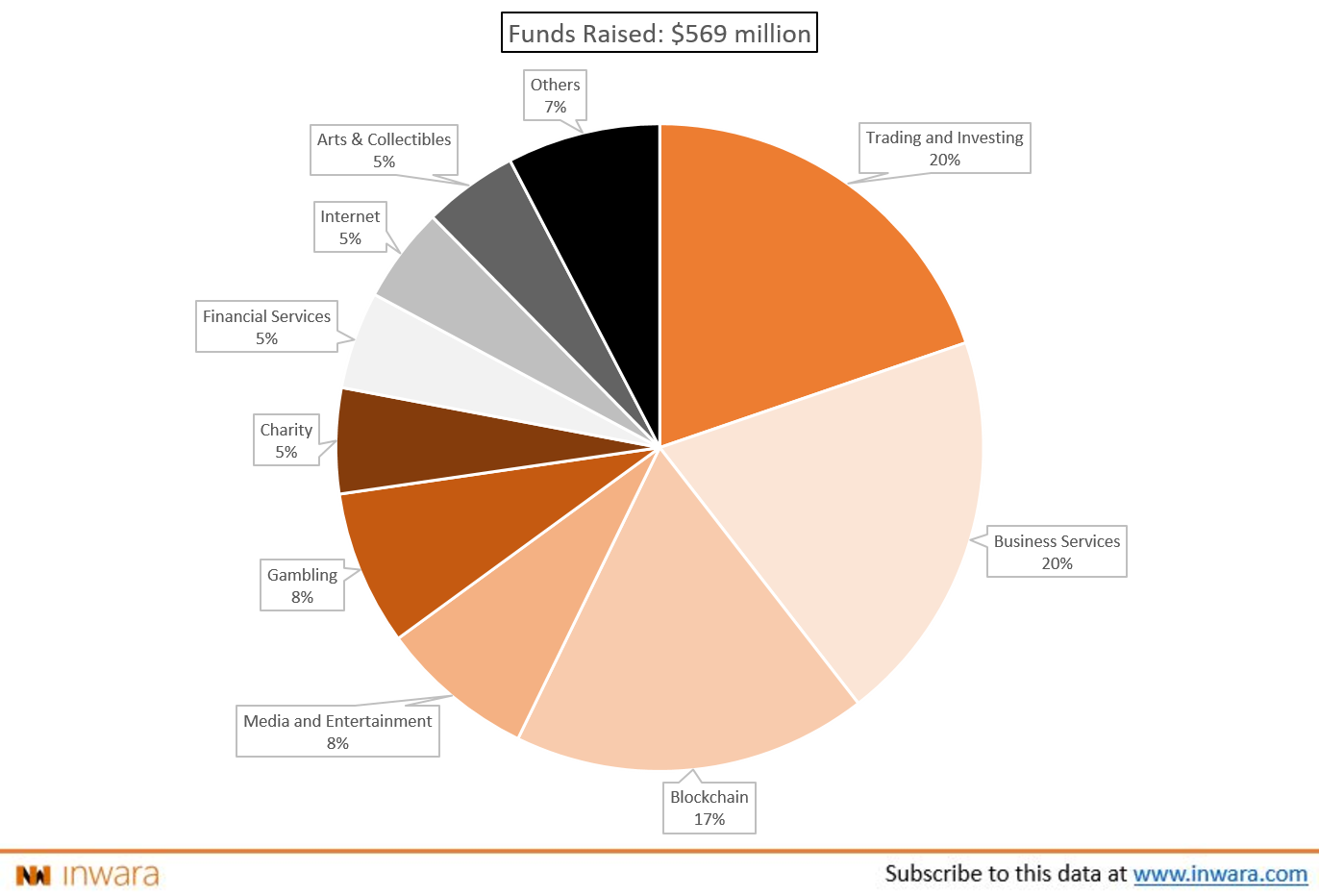 Source – inwara.comICO projects launched during the month of April managed to raise a whopping $569 million, as impressive as that is, it’s not the most interesting part. It’s that ICO projects from relatively new industry sectors such as Charity are taking the stage – as they’ve often been overshadowed by more eye-candy sectors like Financial services.

Don’t’ get us wrong, a majority of the funds raised was by three sectors alone-three sectors we’re familiar with- Trading and Investing, Business Services and Blockchain. These sectors alone raised ~$325 million between them.

But interestingly sectors such as Media and Entertainment, Real Estate, Gambling, Charity, Internet, Arts and Collectibles among others have raised significant funds – as much as $190 million between them. 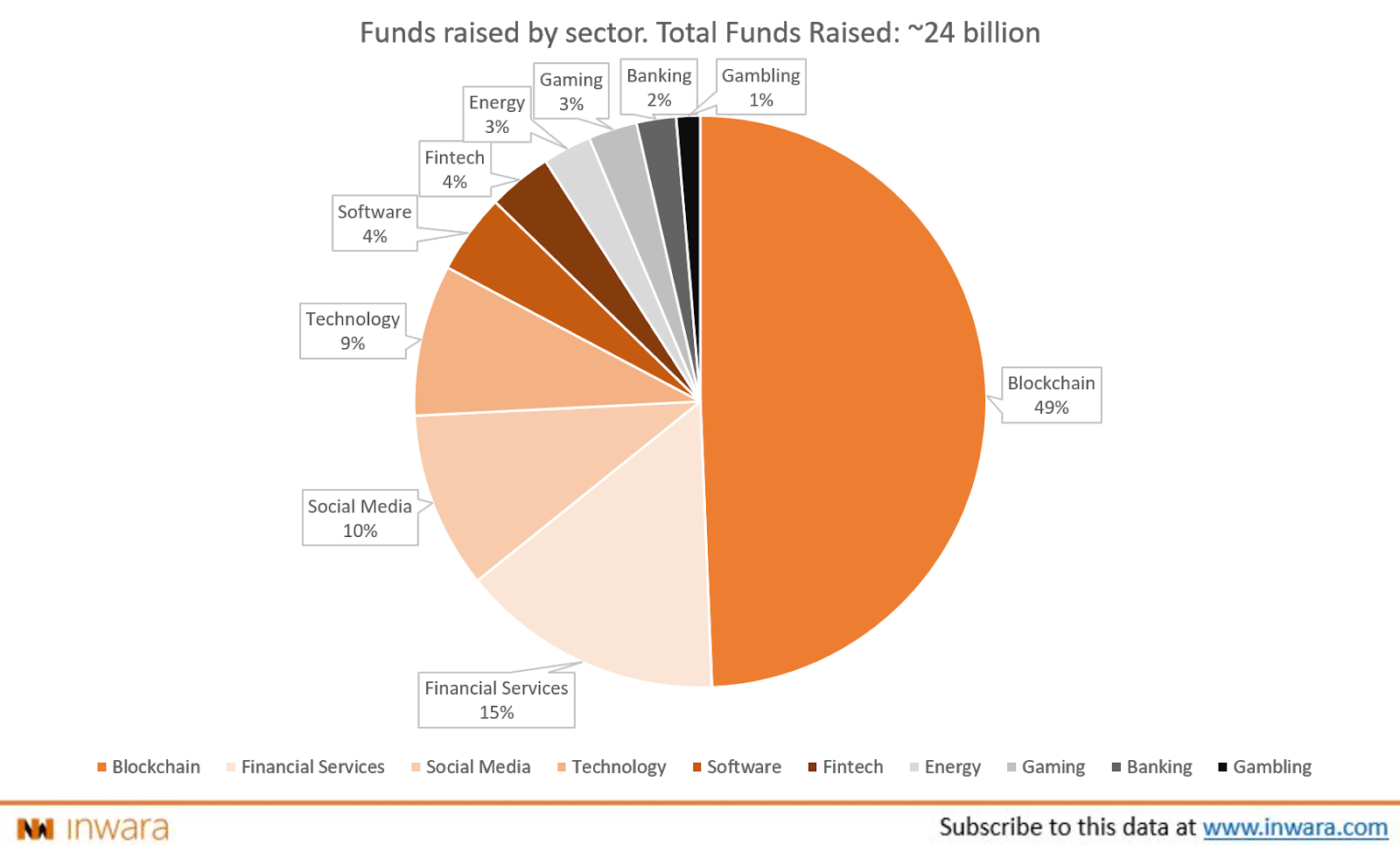 An analysis of the all-time funds raised by various industry sectors reveals- the single largest contributor to global ICO token sales were Blockchain industry sector projects at a whopping $9 billion, followed by Financial Services at ~$3billion.

What you can notice here is that sectors such as Charity, Internet, Real Estate and Art & Collectibles aren’t even in the top ten sectors by funds raised. But we may be witnessing a reversal of this rhetoric as ICO projects explore business opportunities in other sectors.