JPEX is teaming up with the Western Sydney Wanderers to launch NFT “J-ball” with both utility and sentimental value. This is a representative case that cryptocurrency empowers and deeply integrates with sports via NFT.

Currently, the PFP avatars with BAYC, CryptoPunks and Auzki as the representatives have dominated more than half of the market values of NFT sector and the avatar NFT has gradually played the most important role in the value system. Despite the universal recognition by the majority, it’s still hard for the NFT with IP as the value support to fully perform the function of composability. Moreover, some IPs are regarded as the value base of NFT itself, which causes insufficiency of the continuous narrative ability, especially when the overall market situation turns less optimistic, the floor prices of these NFTs continue to hit a new record low.

From another aspect, however, NFT is not only expanding in the field of metauniverse to explore the new narrative directions, but also providing in-depth empowerment for the traditional sectors so as to further perform the function of composability by reaching more users. Recently, JPEX, the world-famous crypto asset trading platform, is teaming up with the Western Sydney Wanderers to march for the NFT sector. They jointly introduced 250 exclusively designed NFTs “J-ball” to explore the diversified integration between NFT and the sports sector.

According to the report, the total amount of “J-ball” NFTs launched by JPEX and Western Sydney Wanderers will be 250, which include one Gold NFT Football, nine Silver NFT Footballs, and two hundred and forty selected NFT Footballs. These rare NFTs will be given away to JPEX users by raffles. 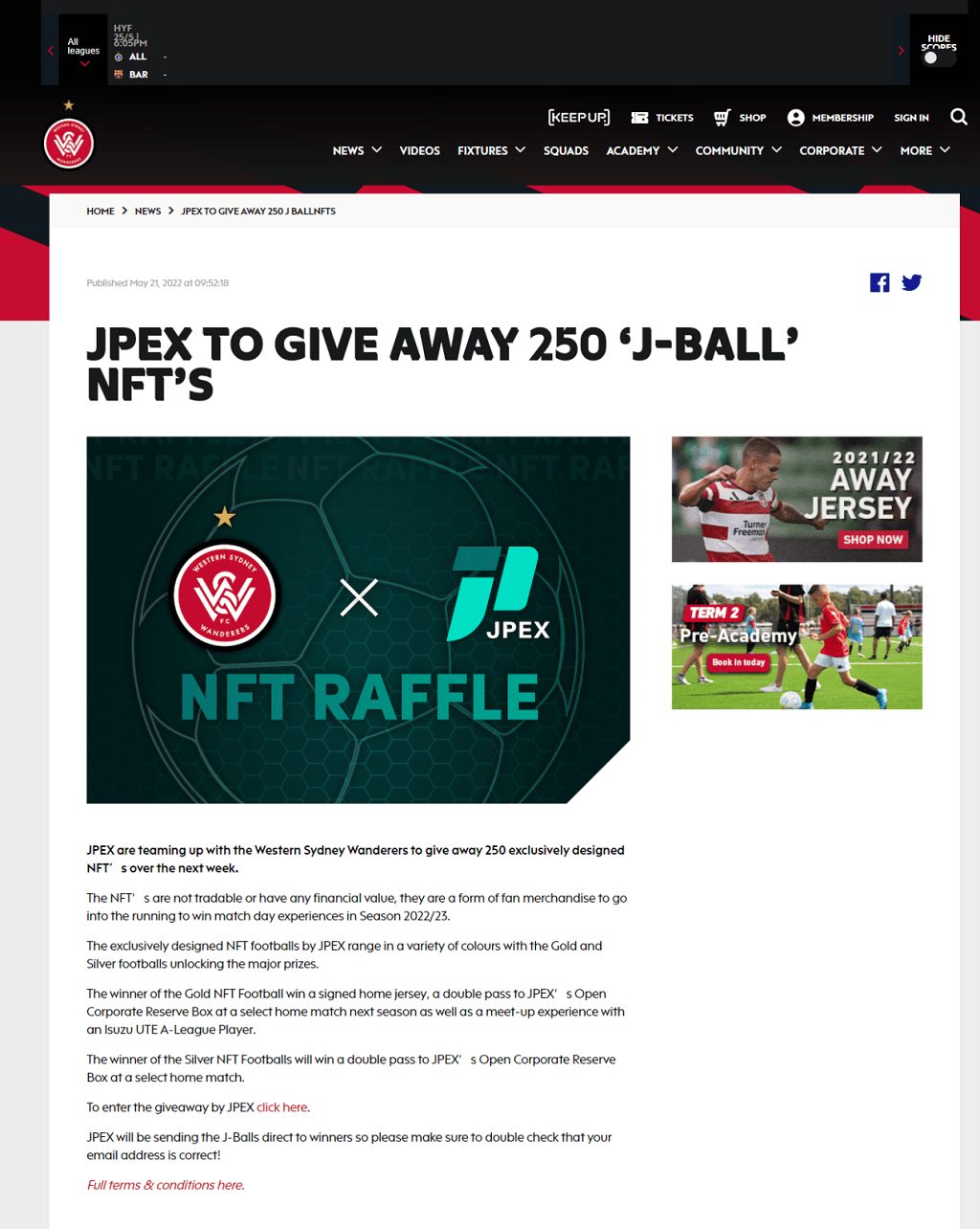 Football is regarded as one of the sports events with the most fans in the world. As the champions of the 2014 AFC Champions League, Western Sydney Wanderers owns massive fans. The NFT “J-ball” is introduced not only as a reward for the football fans and JPEX users, but also as a part of the football culture. The further integration between NFT and sports events will expedite the development of sports sector towards the Web3 field. JPEX and Western Sydney Wanderers also serve as the strong promotor of this trend. 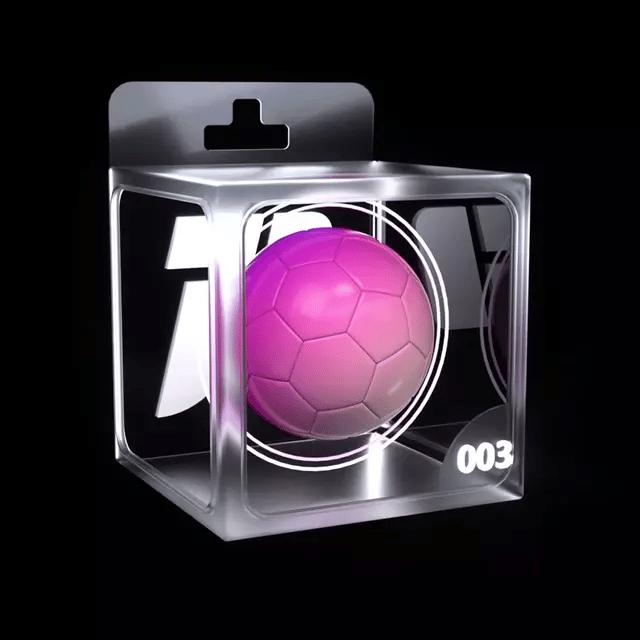 JPEX is an exchange from Australia and maintained by development teams from Japan, Australia, and the U.S.. Currently, JPEX is regulated and licensed to engage in cryptocurrency activities in the U.S., Canada, Australia, and other countries. JPEX owns the IAIA (Ito Arbitrage Investment App) Cryptocurrency Circular Arbitrage System originally created by the Japanese intelligent technology team. Users can safely and efficiently gain derivatives income on this basis. So far, it has managed more than 15.6 billion assets worldwide, with several hundred thousand users. As the outstanding figure on the cryptocurrency track, JPEX is actively shouldering the responsibility of promoting the development of the industry.

Apart from the in-depth deployment in the NFT sector and the launch of GameFi APP last year, JPEX has been committed to expanding the ecology into sports at the beginning of this year. As early as March 25 this year, JPEX officially announced that it had established a strategic partnership with Western Sydney Wanderers. Both parties now have joined hands to introduce the NFT “J-ball”, indicating they started to expand their cooperation to the NFT field since the establishment of the strategic partnership. The cooperation has received recognition from the crypto world as well as great concerns from the football field.

JPEX has always been passionate for the sports sector. In addition to the Western Sydney Wanderers, JPEX has also established a strategic partnership with Macarthur FC. Together with many frontline trading platforms such as Coinbase, OKX, Huobi and FTX, JPEX has made unremitting contributions to explore the ecology combined with cryptocurrency and sports, maintain the spirit of innovation as a pioneer for co-construction and co-prosperity, and promote the encrypted assets to gradually obtain influence in the field of sports.