Cryptocurrency has soared since 2020 and has continuously been accepted by the mainstream, especially its extension to the sports field is most successful. Not only FTX and Crypto.com set force into NBA field and purchased naming rights of the arena, but OKX also announced to sponsor Manchester City Soccer Club. Besides, on Super Bowl 2022, many giants such as Coinbase and FTX also showed up at this America Spring Festival Gala. Recently, JPEX, a compliance trading platform from Australia, has also made significant progress in the field of sports.

March 24, 2022, JPEX announced to establish a strategic partnership with Western Sydney Wanderers FC, an Australian professional football team, which means brand advertisement of JPEX is going to gain exposure in the Australian A-League. Meanwhile, the partnership between Sydney Wanderers FC is also an important step for JPEX to set forth into the mainstream, which will furtherly accelerate the globalization of JPEX. 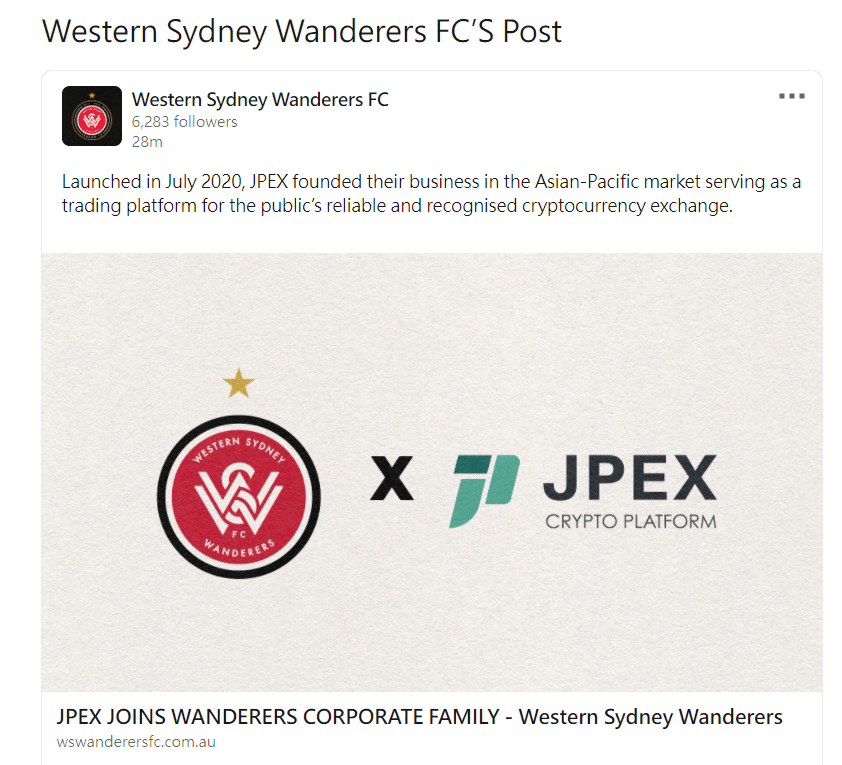 JPEX is an Australian exchange maintained by development teams from Japan, Australia and United States. IAIA (Ito Arbitrage Investment App), which was first developed by the Japanese intelligent technology team, along with DeFi and the recently launched dual-currency liquidity management, makes it possible for investors to arbitrage trade among more than 30 cryptocurrencies in the markets for the most lucrative in both terms of money and interest. Furthermore, the interest is calculated on a day-to-day basis to provide the greatest amount of flexibility. So far, it has managed more than 15.6 billion assets worldwide, with several hundred thousand users. JPEX has an important place in the respect of asset management products.

JPEX typical digital bank IAIA system operates intelligently and systematically in the form of traditional hedge funds. JPEX Circular Arbitrage Quantitative System is jointly monitored by six senior investment analysts, and the introduction of the Quantitative System will help the Arbitrage System of JPEX Digital Bank arbitrage more accurately and create higher yields. IAIA  System can create profits for users in 7×24 hours. At present, cryptocurrency derivatives are gaining momentum. Circular Arbitrage of JPEX is expected to become a “troika” of cryptocurrency derivatives in parallel with futures and options.

JPEX is a company specializing in decentralized application development, smart contracts, cryptocurrency trading platforms development and maintenance. Except for providing relevant services, JPEX is also diversifying its ecology based on the current cryptocurrency business.

Mainstream investors are optimistic about the prospects and business model of JPEX, Currently, various capitals and listed companies globally are keeping close communication with JPEX and have achieved a certain level of consensus and intent of cooperation. Recently JPEX also established strategic relationships with Western United Football Club, Macarthur FC and Western Sydney Wanderers FC. Last year JPEX successively won the “Excellence Blockchain Asset Trading Platform Award” in “Excellence Brand Award” held by Oriental Daily News and on.cc. JPEX also won the “2021 Outstanding Blockchain Asset Trading Platform Award” by Elite Brand Awards and the“2021 The Most Influential Brand in the market” by the Golden Gull Award. JPEX keeps expanding its influence and has gradually been recognized by the industry. 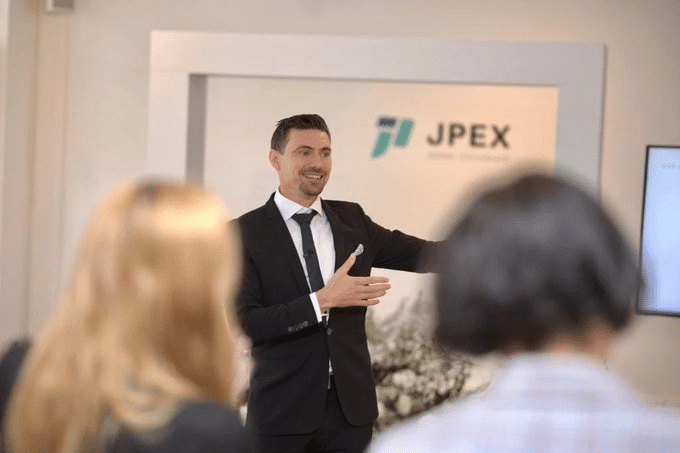 Meanwhile, JPEX is setting foot in the metaverse, NFT, and GameFi by promoting the game “rosefinch”. JPC is expected to play an important role in application or cooperation. Besides, JPEX has bought advertisement spaces in the prosperous areas of Hong Kong, Malaysia, and Sydney to furtherly improve the influence, market awareness, and brand value of JPEX. According to the latest announcement, JPEX has a plan to physical metaverse experience store in Australia.

As more and more companies open arms to cryptocurrency, the crypto industry will become a trend. While JPEX set forth in the industry at the early stage and the future room to grow is unlimited.