For Peruvian-Chinese Artists’ NFT Gods, Heaven Is a Place on Earth

Artists Jieying Li and Guillermo Fajardo are set to launch their iconic South American deity figures as NFT collectibles – “Wacky Gods” – powered by CrossVerse, which is an innovative platform by Cross Studio Asia. Li & Fajardo aim to infuse the meme-driven NFT space with a collection that is at once culturally significant, artistically masterful, and socially resonant.

The Wacky Gods are NFT versions of the figures Li & Fajardo originally crafted from South American festival day deities, updated with a sense of cultural fusion reflective of the artists’ backgrounds. Unlike a traditional god who judges us from the sky, the Wacky Gods have returned to earth to help us celebrate modern life and are just as quirky and up-to-date as the digital generation. They are also endowed with unique designs and personalities deeply significant to Li and Fajardo, making the Wacky Gods truly artistic collectibles and unlike other meme-driver NFT projects in the market.

“We selected our favorite creations, and gave them personalities resonant with the festival day functions of our earlier series. Lil’ Shiva, for example, has returned to earth as a raver, dedicated to urban music, dancing, and partying.”

After meeting Fajardo in university, Li teamed with him to create their studio Jumping Lomo, holding their first exhibition in 2013. Li says:

“The Wacky Gods are here not just to celebrate life as we know it, but also empower us to change the world for the better. Dragon the Eco-King is the God of Yogis. He’s a vegan who protests against polluting corporations, and his style is a blend of classic Chinese dragon design with pre-Columbian color schemes. The studio name itself speaks to a classic Peruvian-Chinese fusion dish. That fusion carries over to the studio’s work, and the Wacky Gods.”

The Wacky Gods are not only artistically but culturally unique, revisiting earth to help believers celebrate their own diversity, embrace the quirkiness of 21st century culture, and change the world for the better. To preserve that uniqueness and rarity, Cross Studio founder Ken Wong and his team decides to empower a “Wacky Tribe”. Collectors, or “Wackies”, will have access to mystery boxes during sale, revealing NFTs of differing rarity.

After the sale ends and the characters in the boxes are revealed, holders will be assigned special roles in their Wacky Tribes, getting special access to games, competitions, online events, talks with the artists, and more. Wong says:

“We want to emphasize the unique cultural significance of this NFT Collection, and will leverage all our Cross Studio resources, as well as our world-class tech proficiency.” 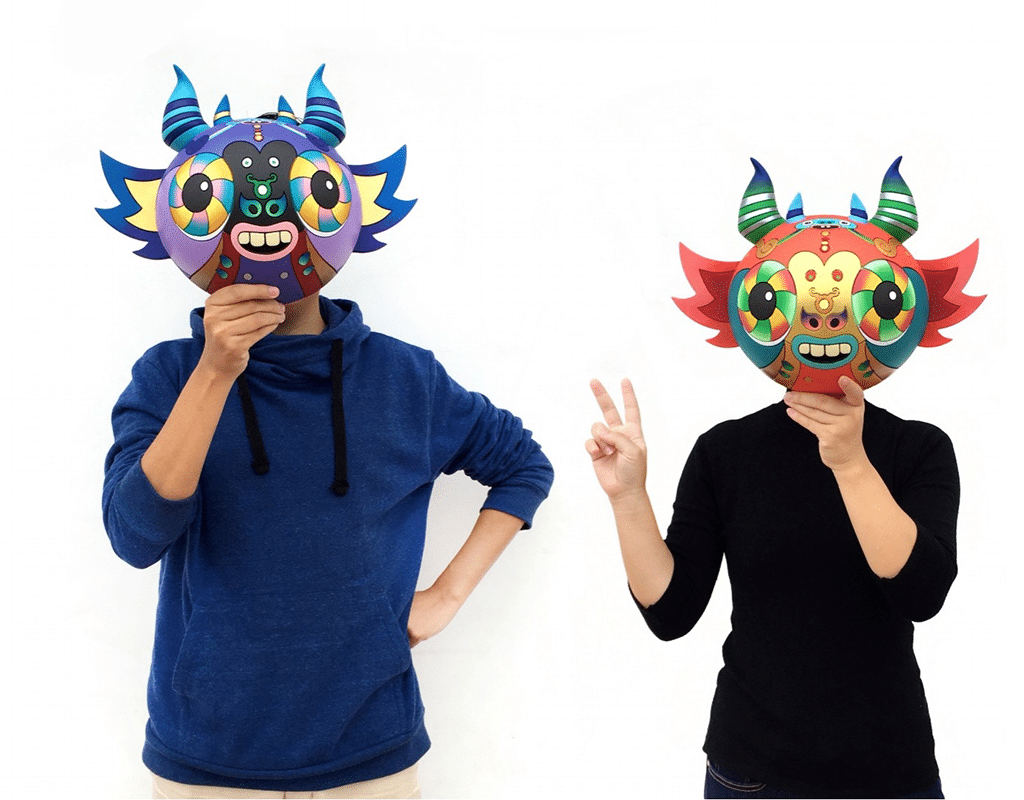 The duo started to work together back in 2010, when they designed and developed their first characters as rag dolls for their screen-printing class in the Faculty of Arts at Pontificia Universidad Católica del Perú.

Their first solo show was presented 3 years later, called “Los Patroncitos”, at Galería Indigo, with art-toy-influenced sculptures and paintings inspired in several Patron Saint Festivals around Peru. Since then, Jieying and Guillermo have been expanding the imaginary of their universe by getting the inspiration from their own contrasting heritages and pop culture across the world. Jumping Lomo has participated in different fairs and art collectives such as ArtLima, CasaCor, Beijing Toy Show, Expo-Deco, Casa Perú, among others. They have also collaborated with different brands such as Absolut Vodka, Monskey Maniacs and Great Twins.

In 2019, the duo presented their latest solo show “The Awakening of Wiracocha” at Galeria Indigo, where the pluricultural heritage of Peru continues to be used as a tool for preservation and evolution, which transmits and connects different generations with art, crafts, symbology and ancestral worldview.

Cross Studio Asia is leveraging its artistic and design strengths by building Crossverse, a unique NFT platform that will empower artists and brands to easily launch and sell their NFTs, and their fans to purchase and resell them. CrossVerse will specialize in helping fashion & lifestyle brands to seamlessly extend their intellectual property into the burgeoning Metaverse.

Cross Studio is a platform to bring new artists from the West to Asia through all forms of art products and exhibitions since 2016. It is committed to introducing art into China via more diverse forms, and we work with a number of artists to bring new cutting-edge art through forms of exhibition and limited product collaboration, so that more people can learn and appreciate their artwork.