MetaElfLand is a P2E Game project, developed by MetaSoft Game Studio from a blockchain company, MetaSoft, which is similar to Poke-mon Go, but a half turn-base and half real-time pet simulation Game on-chain. Players can purchase or breed a variety of MetaElves, form teams, and complete daily tasks, PVE, and PVP to get more rewards.

Recently, MetaElfLand has revealed AR features in its development, and it is no exaggeration to say that MetaElfLand is moving in the direction of creating a GameFi Industry’s “Pokémon GO”.

In the GameFi Market, it is currently the only game which discloses its AR function.

From the very beginning, Team of MetaElfLand dedicates itself to create a GameFi industry’s Pokémon GO. The relevant AR function has already been realized, and will be added into the official game function once it is optimized to pass the final test.

After the relevant functions go online, players can turn on the AR function in the game, and switch to the real scene. Then according to the direction guide on the screen, you can easily find the MetaElves. Each MetaElf with its own characteristic will naturally integrate into the real environment, providing players with real, natural and more interactive game experience. With the Simultaneous Localization and Mapping (Slam) technology of AR, MetaElves can “live” in the real world without any sense of discord, which make the virtual scene and the real scene connect together seamlessly.

Pokémon GO, developed by Niantic, has total global revenues of more than 6 Billion Dollar, according to a recent report by Sensor Tower Store Intelligence.

Pokémon Go has proven the full potential of AR games. MetaElfLand creatively adds AR function into GameFi, which is expected to set off a new trend in the future.

HomeLand Is an Extension of the Metaverse of MetaElfLand

HomeLand is a mini-building function embedded into MetaElfLand, and the land from inside, is one of the way for players to achieve P2E. Players can extract resources from the land and sell them to other MetaElfLand players for income. At the same time, players can also build various distinctive buildings on the land to obtain special resources.

HomeLand is divided into several levels, and the lowest one is for free, where players can experience the game content without income. Everything else is paid land, and the higher scarcity means faster output, from which players can earn a profit.

Players can also interact with MetaElves in HomeLand. Diversified in-game interactions such as feeding and bathing are provided to increase intimacy with players’ MetaElves.

TMT is similar to the well-known events such as WSOP, TI, Worlds, etc. As the number of participants increases, so does the prize pool. 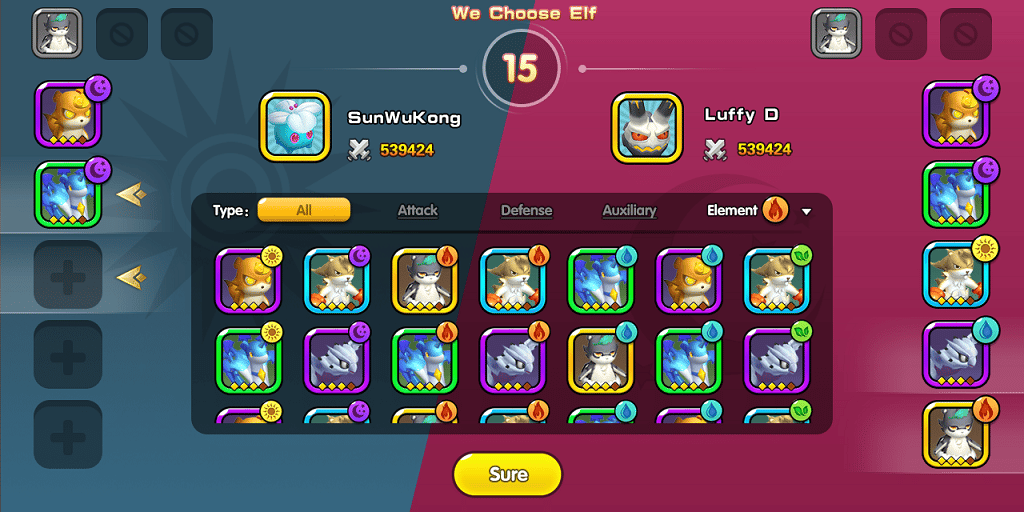 Players consume TMT tickets or pay MetaElfLand tokens($MELT) for entry to the arena. The game starts on time according to the regulations. Players enter TMT arena without carrying their own MetaElves, and use the ones provided by TMT in the competition. Once the game starts, players enters the Ban/Pick interface. Based on the Ban/Pick strategy, players try to limit the other side’s lineup. To win the game, players form a lineup with superiority and impose restrictions on the other side. The winners go straight to the next round, and the game is not over until the last player win the championship in the final round.

The winner will receive 80% of the prize pool (It is the initial percentage for the first tournament and will be slightly adjusted later.) For the left 20%, according to the number of participants, we set a range of rewards. The prizes, based on the established proportion, are given to the players in the range of rewards.

According to our planning, small-scale regular events, such as 1V1, 3V3 etc, will be hold in the future.

Team of MetaElfLand aims to build not only a “PoKémon GO” but also the WSOP event in the GameFi Industry. Let’s look forward to the birth of the first Moneymaker in the era of the Metaverse! (Moneymaker, a 2003 WSOP main event contestant, who win $2.5 million by $39, that made him the legend.)

AR, HomeLand, and E-sports TMT will be the three key factors that make MetaElfLand a success. In the context of the rapid rise and fall of both GameFi and Metaverse projects, MetaElfLand still insists on building a large game ecosystem in a robust way, and integrate a variety of elements, such as fun, art, P2E etc, into the game. With its solid foundation and continuous growth, MetaElfLand will certainly became an enduring GameFi in the industry.