Minexcoin, a payment system based on low-volatility cryptocurrency, has announced successful Atomic Swap tests between MNX and BTC blockchains. This news suggests a potential future launch of a decentralized, fee-free exchanger which could become a base for development on a trustless exchange.

Before that can become a reality the MNX team will have to continue their hard work to overcome some of the areas of difficulty.

Atomic Swaps is one of the hottest and most current areas of interest in the blockchain world right now.

There have already been successful recorded transactions between cryptocurrencies like Bitcoin, Litecoin, Zcash, Decred, and many others. Despite these advancements, the majority of the atomic swap protocols so far have been done on ‘Test-nets’, through difficult, time-consuming methods

“So far, all teams that have tested Atomic Swap based transactions had conducted them in the incubator ideal conditions and hadn’t gone beyond the test-nets. Thus, one of the major problems with cross-chain technology implementation remains a lack of full security guarantees. Every blockchain that could support Atomic Swaps, more or less, but is at risk. I think today’s main global developer’s goal is to minimize dangers rather than simply launch cross-chain trading in the blockchain. I can tell that we’ve already created a solution that would significantly narrow the risk window. It will be implemented in exchanger and will allow creating a fixed safe zone for users.”

MNX recorded its own successful Atomic tests last month and the team has now moved on to its mission of  presenting the first ever cross-chain exchange between MNX and BTC to the community. When achieved, the protocol will be published on the MNX GitHub for the community to see.

Roman has stated that the company will introduce the fully working protocol soon, giving the cryptocurrency community the chance to test Atomic Swaps with their own assets.

The first pair will be MNX and BTC, with other pairings with Litecoin and Zcash planned to be just around the corner. Minexcoin Atomic Swaps offer a self GUI, that will make the process far easier to the current, and more complex console solutions used for Atomic Swaps programming.

This system will hugely benefit all the users who are less familiar with programing in general. Such benefits include:

Initially the MNX Atomic Swaps will be a free exchange service, while the team analyze the industry demand, user cases behavior, and need for modification.The MNX team is committed to developing a fully decentralized exchange, but there are also some future challenges.

The existing protocol that enables Atomic Swaps, allows to facilitate exchange processes and removes the fees for exchange. The main two issues that the new system faces in regards to a full blown decentralized exchange are Atomic Protocol and Atomic-Hype.

The trading exchange algorithms will require a more advanced Atomic Protocol, the development of which will be secured after the implementation and finalization of the light-exchanger.

The second hurdle is Atomic-Hype. In pursuit of Instant, success some companies are guilty of a definition switching. What is commonly termed a “decentralized exchange” due to Atomic Swaps is, in fact, a “centralized trustless solution”, free of third parties.

This is precisely the kind of product MNX are developing at this time. While the team strive for full decentralization they realize that that is still some time away, and so they have invited he crypto-community to test the First Trustless Exchange as soon as possible.

The cryptocurrency community is still in its infancy and as a result there are many huge steps, changes and shifts yet to come. Right now a solution to many of the significant challenges related to cross-chain transactions, and the MNX team stand at the forefront of this mission.

So what are Atomic Swaps?

Atomic Swaps, or atomic cross-chain trading, is the exchange of one cryptocurrency to another without the need to trust a third-party. In simple terms, this technology enables to connect different blockchains and completely modifies the way in which users transact with each other.

For example, if anyone owns 0.5 BTC and wants to buy 250 MNX, with Atomic Swap technology they don’t have to go on the exchange and trade their assets. Instead, the holder has just to find the other person with Minexcoin and change their holdings without commissions, withdrawals, and other restrictions.

Disclaimer Hada MinexCoin is the source of this content. Virtual currency is not legal tender, is not backed by the government, and accounts and value balances are not subject to consumer protections. This press release is for informational purposes only. The information does not constitute investment advice or an offer to invest. 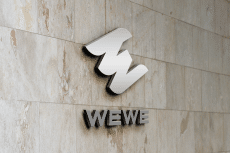 Level Up Your Game with W...