This week, the Bitcoin price has been declining smoothly, but trading is virtually lacking volume, which means investors are focused on the news about fiat currencies.

On W1 of the Bitcoin we can see a prolongued correction. The pattern still looks like a Triangle but is promising to turn into a descending channel. A breakaway of the resistance line may signal the end of the correction and the start of a new wave of growth. Securing above $11350.00 may confirm further growth to the peak of $13857.20, in articular. And after the renewal of the maximum the quotations may rise to $15550.00. Additionally, we should have a look at the dynamics of indicators. The MACD has started forming a red area of the histogram, while the Stochastic is entering the overbought area. This data on the whole may point at the development of a stable decline to the minimum of $3121.90. The key confirmation of such a supposition should be a Black Cross on the Stochastic. 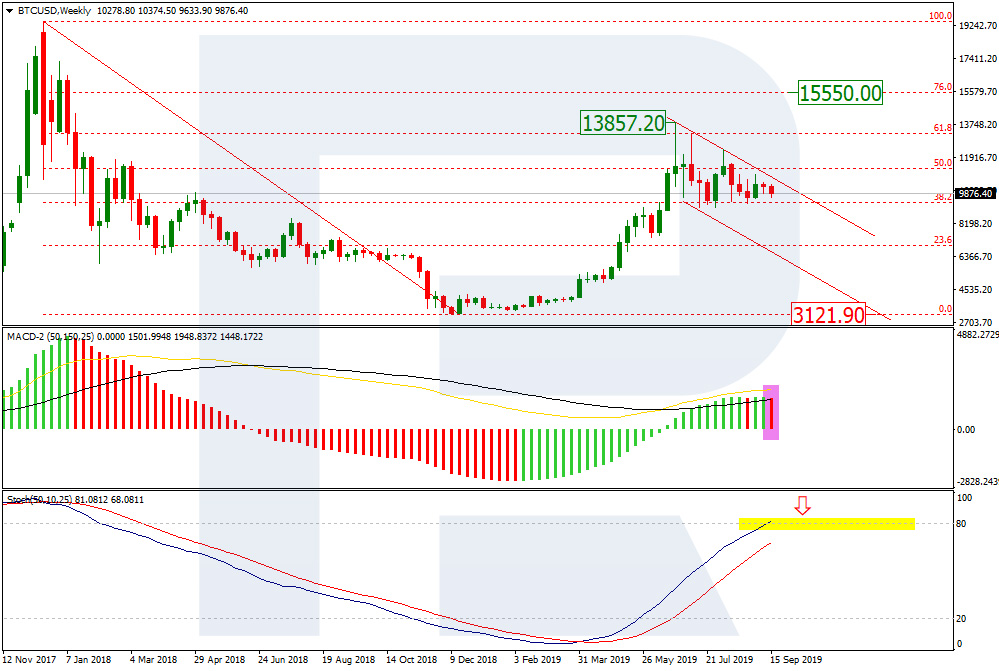 On D1, the BTC/USD is forming a correctional channel in the shape of a Triangle. Upon trying to grow and testing the resistance area, the quotations have started a decline to the local support level of $9500.00. A breakaway of this level will induce a decline to 50.0% ($8600.00), 61.8% ($7350.00), and 76.0% ($5860.00) Fibo. The descending dynamics of the MACD may mean a potential breakaway of the support level and further decline. Until the support line is broken away we should consider a breakaway of the resistance line near $10680.00, followed by growth to the maximum. 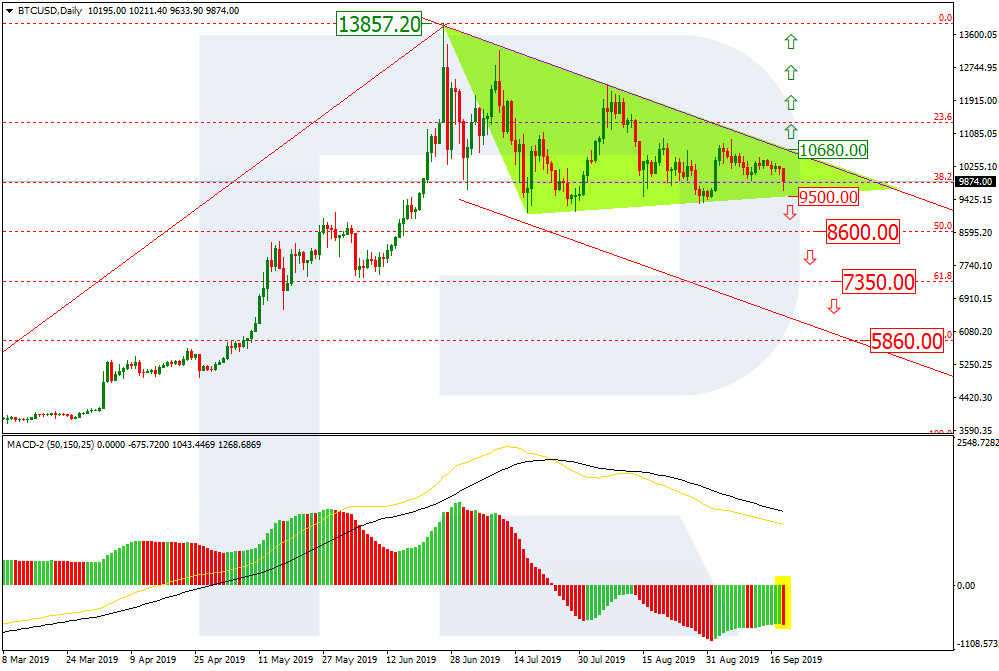 On H4, the cryptocurrency demonstrates the formation of a neat descending channel. After a test of and a bounce off the resistance line, a quick impulse of decline is aimed at the resistance line and $9350.00. The Stochastic, forming a Black Cross below 50, signals the stability of the impulse. The local resistance is at $10175.00. 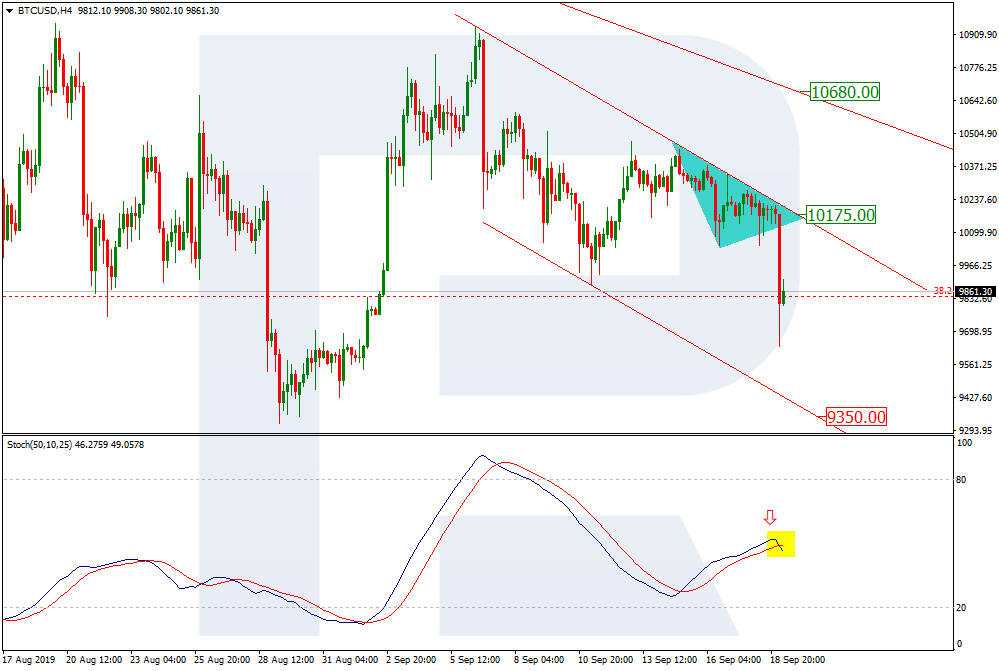 This week, the Bitcoin price has been declining smoothly, but trading is virtually lacking volume, which means investors are focused on the news about fiat currencies. Good thing it is abundant. On Thursday, September 19th, the BTC is generally trading at $10,189.

VanEck and SolidX have called back their applications for launching the Bitcoin-ETF, but are ready to go on working with the regulators. The exact reason for calling back the applications is unknown, however, we can suppose that investors are not ready yet for derivative instruments on cryptocurrencies and remain extremely cautious.

The first negotiations with the American regulator SEC, devoted to the launch of the Bitcoin-ETF, took place at the beginning of 2019; the final decision has been postponed several times, showing no obvious progress.

In VanEck, they say that they are planning to introduce a liquid and insured instrument to the market in the future, and this idea remains of high priority.

On the CoinMarketCap exchange this week there happened a technical error, due to which the leader of the crypto market vanished from the top-ten digital currencies. The users who had switched on a notification of the price breakibg away certain levels, were notified that the Bitcoin fell to $0. In reality, the BTC price remained without change at about $10,200. The reason for the situarion was the technical problems on the website. Some time earlier, a similar story happened to the Ocean altcoin, which grew by 600% on CoinMarketCap, but in fact, there was no growth.