Samsung SDS, the  IT unit of Samsung, has announced the launch of Nexledger, a new blokchain-based digital platform targeted at enterprises and businesses. The system was unveiled during the company’s press conference at its headquarters in Seoul.

According to Korean Herald, the platform is a cost-efficient solution that will allow users to securely exchange data and conduct financial transactions.

“In developing our blockchain platform, we thought hard about how to merge our strengths and know-how from our system integration service expertise with the advantages of blockchain technology,” said Song Kwang-woo, vice president of finance consulting and distributed ledger technology at Samsung SDS.

“We believe blockchain technology will have the greatest impact among businesses that involve a large number of data exchanges,” he added. 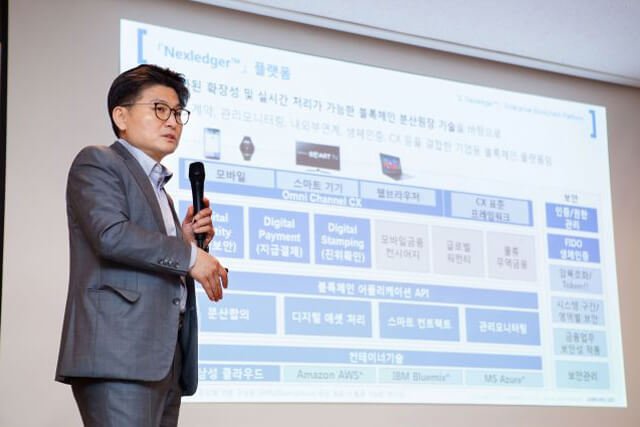 Nexledger can be used not only by financial corporations, but in other industries as well. “Blockchain technologies are expected to be adopted by public organizations, manufacturing and logistics businesses as well as financial institutions. They can also improve internet of things (IoT) services, intellectual property management, distribution channel control and cooperative work projects.”

The blockchain technology is predicted to transform the financial services industry. It provides a transparent and secure way of managing the transfer of assets between entities on a large scale. Unlike traditional server systems, blockchain distributes financial data to all clients, what prevents the risk of fraud.

Samsung SDS began the development of the blockchain technology two years ago, when it established its own division focused on the distributed ledger technology. In 2016, the company invested in South Korean blockchain startup Blocko, which already worked with Samsung to apply Nexledger platform to Samsung Card.

Samsung SDS and Blocko have already created a membership authentication service using its blockchain digital identity platform and are going to launch a blockchain digital point swap system for Samsung Card members in the near future.

According to Samsung SDS, it will take some time until the blockchain technology is widely used by corporations across different sectors, although its presence will increase in the upcoming years.

The overall slump in the South Korean company’s quarterly profit is a reflection of the combined drop across its business segment.

The strategic partnership could help Samsung gain an edge in the non-memory chips market and close its gap with the Taiwan Semiconductor Co.