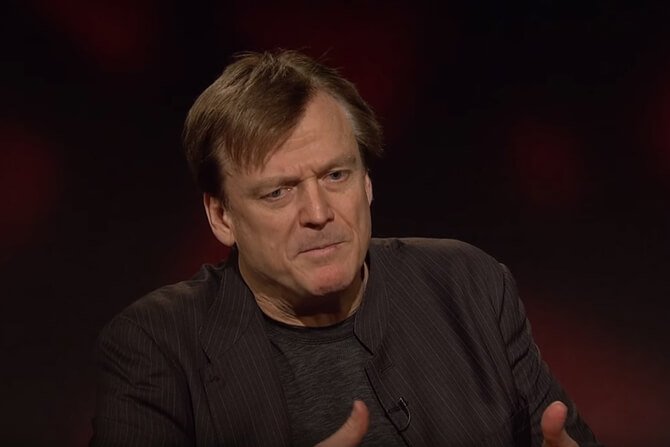 Bitcoin Messaih Patrick Byrne and his Battle to Dislodge Wallstreet

The cryptocurrency world and the blockchain technology are coming headlong for almost every industry, and there seems to be no way of stopping them in their track. Far beyond the banking sector, blockchain startups have been springing up exposing fundamental problems that currently exists in industries as wide as insurance, real estate and of course the financial securities markets. With scathing comments coming from the present establishment of Banking and other financial service industries, it can be safe to assume that Bitcoin and cryptocurrency has firmly gotten the attention of everyone worth noting.

Overstock.com CEO Patrick Byrne who is also known in the cryptocurrency circles as Bitcoin Messiah is somewhat of a visionary, as his company which is among the biggest online retail companies in the world, was among the first to hit the ground with accepting Bitcoin as a means of payment for their goods. Long before Microsoft and Dell smelled the coffee, Patrick Byrne and Overstock were deep into Bitcoin territory and through his blockchain startup, the multiple times cancer survivor seems dead set on making Wall Street sweat some more.

Being an ardent believer in the cryptocurrency industry, and coupled with the fact that Patrick Byrne’s no love lost relationship with Wall Street is widely documented, it is little wonder that the maverick investor seeks to disrupt the securities markets industry with his T0 blockchain-based startup. This brainchild of Byrne’s seeks to promote a fairer and more transparent trading environment and also offer companies the chance to offer their shares for sale to investors directly without resorting to Wall Street brokers.

Patrick Byrne is a staunch believer in Bitcoin and that is why he says his company was one of the first to actually take a chance on the cryptocurrency. And his faith seems to be paying off as Bitcoin has finally breached the $10,000 mark as at the time of writing this. Byrne says he loves Bitcoin because it is finally giving people their own money away from the tight control of central banks and government. As a “pro-freedom” philosopher Patrick Byrne believes that Bitcoin and the cryptocurrency world have a lot to offer to solve some of society’s great ills.

Patrick Byrne notes that the constant scathing attacks coming from big time investment bankers on the Cryptocurrency is no more than fear mongering than any actual concern for public safety. A few months ago Bitcoin was tagged as a fraud by Jamie Dimon of JPMorgan, but that doesn’t seem to have any effect on the demand for what is now truly taking shape as an actual virtual gold. To Byrne, the likes of Dimon are only crying foul because the cryptocurrency industry is one that cannot be rigged or skewed in their favor. He said that Investment Banks and countries such as China that also cracked down on the industry a few months back are only acting out of irrational fear than any actual problems the industry presents. Whatever the future may be like, it is now starkly clear that Byrne and his likes that took on early to Bitcoin are indeed visionaries rather than the brash fringe thinkers Wall Street and its bankers paint them to be.

An investor from Canada has sued Overstock along with its ex-CEO and ex-CFO for securities fraud. He says that the company made false statements and manipulated the stock price.

In recent news, Patrick Byrne, the former CEO of Overstock, has sold all his Overstock equity holdings worth about $90 million to shift his investments to different assets like precious metals and cryptocurrencies.

Overstock’s Patrick Byrne Steps Down From His CEO Position

In recent news, Patrick Byrne, the long-time CEO of Overstock has announced in a letter to shareholders, that he is stepping down from his position. His position will be temporarily replaced by Jonathan Johnson.

Overstock.com, the retail giant firm, has just announced that it will be paying dividends to its shareholders in digital shares powered by an affiliate company, tZero. The CEO has expressed commitment to a blockchain capital market.

Overstock’s tZERO security trading platform, which was announced back in 2014, is set to go live by the end of this week, according to the company’s chief executive Patrick Byrne, a longstanding cryptocurrency supporter.

Overstock founder Patrick Byrne is now going away from retail to concentrate completely on blockchain, even despite the recent collapse on the cryptocurrency market.

Overstock’s affiliated blockchain company Medici Ventures has funded a beta-launch of the cryptocurrency wallet designed by Bitsy to blur borders between digital and fiat money.

The company has delayed the launch of the final version of the trading platform until May as it is still developing further regulatory compliance.

As a part of the agency’s months-long probe into the nascent crypto fundraising mechanism, SEC has subpoenaed the online retailer Overstock and requested for additional information about the company’s ongoing $250 million ICO for its tZero alternative trading system.

Overstock CEO Patrick Byrne confirmed the upcoming tZero ICO scheduled by Thanksgiving, adding it can raise up to $500 million.