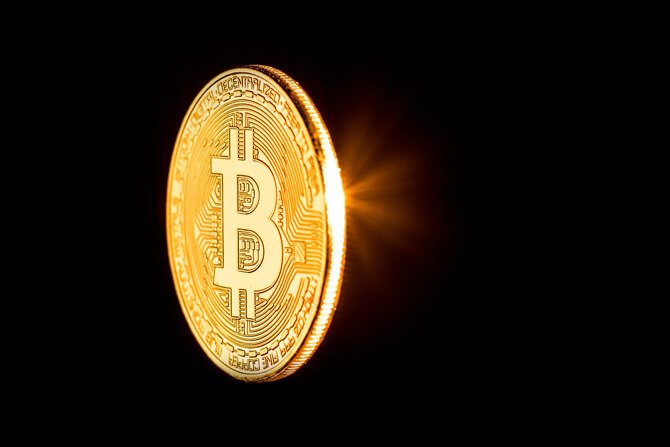 Understanding Everything About Bitcoin Cash

According to Bitcoin Cash news, earlier this year in August, the first hard fork in the Bitcoin blockchain gave birth to a new version of Bitcoin and its digital derivate – Bitcoin Cash. Here is a step by step walkthrough of the hard-fork-event and complete understanding regarding Bitcoin Cash.

In past one year, the cryptocurrency markets have witnessed a tremendous run in market valuations with Bitcoin contributing to the majority of the rise. Cryptocurrencies are basically virtual digital currencies that are backed by the blockchain technology which offers a decentralized platform for transactions across the globe as opposed to the centralized and traditional financial institutions like banks.

This year Bitcoin has witnessed an unprecedented run with its total market cap crossing a $100 billion in valuations. However, this year marks another important event known as the “hard fork” in the Bitcoin blockchain version which caused the existence of a new derivative version of Bitcoin known as Bitcoin Cash.

A “hard fork” is basically a permanent split and divergence in the existing blockchain. A blockchain is nothing but a digital public ledger that records all the Bitcoin transactions. As the blockchain technology is completely decentralized in nature, it is the Bitcoin miners who secure the blockchain network by solving several complex mathematical and computational algorithms or puzzles, and are rewarded with Bitcoin on completely solving these puzzles.

The Cause of Hard Fork and the Rise of Bitcoin Cash

With a huge increase in the Bitcoin investor and trading community, one of the key complaints has been the slow transaction speeds and higher transactions times. In order to solve this issue, the developer team and the mining team behind Bitcoin were working towards arriving at an appropriate solution. However, the difference in opinion between these two teams pertaining to the guiding rules behind the network operations, was potentially the reason behind the cause of the split.

Prior to the hard fork, the Bitcoin network allowed for a maximum of 1MB of data per block or 3 transactions per second. As a result, the capacity of the blocks hit an “invisible wall” thereby resulting into a huge delay in the transaction getting executed and the fees was considerably increased. Bitcoin thus became highly unreliable with many big players withdrawing their investments. To stop this and improve the network speed, developers proposed on increasing the block size by relatively smaller value in order to avoid hacks while miners decided to have bigger block size in order to make the network run faster.

Initially, a software upgrade named as SegWit2x was proposed that would increase the size of the blocks from 1MB to 2MB and thus improve the transaction speed. However, the Bitcoin miners community argued that such a step would do little in improving the transactions speeds and they proposed for much bigger block sizes of 8MB which would improve the entire network speed.

As a result, the miner community forced the Bitcoin blockchain to split into two different and separate chains giving rise to a new version of Bitcoin known as Bitcoin Cash. At the time of the fork, it was being proposed that anyone having Bitcoin will be entitled to having an equal number of Bitcoin Cash tokens. In essence this was nothing but a 2:1 split in the original Bitcoin currency.

Similarities and Differences Between Bitcoin

The hard fork has created a derivative version of the already existing Bitcoin cryptocurrency. As a result, Bitcoin Cash in spite of being the new version of Bitcoin will keep a record of all the past transactions in the Bitcoin blockchain. After the split all the new transaction are recorded separate ledgers.

Moreover, as the custom block size of Bitcoin Cash is 8MB which is bigger than Bitcoin’s 2MB block size, it allows for faster transactions and hence Bitcoin offers a better scalability over Bitcoins.

Today majority of the exchanges have supported trading in Bitcoin Cash with is current price at $451 as per coinmarketcap.com. However, after its existence in the crypto markets, one of the key issues pertaining to lower adoption of Bitcoin Cash has been sending of the currency over its blockchain. Developers of the Bitcoin Cash are working to fix this issue by working on the Difficulty Adjustment Algorithm (DAA) for Bitcoin Cash. In order to go overcome it, the developer community is said to have been planning a hard fork slated 10 days later on the 13th of November.

The new Coinbase Commerce button will be integrated on merchant websites and used by customers to make payment from four different crypto options.

The cryptocurrencies seem to recover from the recent fall – but the long-term predictions are impossible.

Exchanges at the Forefront of Maturing Crypto Markets

KuCoin is now the exchange to allow the widest range of Bitcoin Cash trading pairs, and which they believe will tap into a whole new breed of crypto investors.

Over one million users have downloaded wallet software from Bitcoin dot com, with the landmark number reached in little over five months since they were introduced in August 2017.

One of the largest online retailers Overstock.com mixed up Bitcoin and Bitcoin Cash by accident. As a result of the glitch, customers could get a refund in Bitcoin instead of Bitcoin Cash, which meant returning more money than they initially paid.

Shiny Leaf, the US producer of natural personal care products, has implemented Bitcoin Cash as a new payment method and rewards their customers with innovative state of mind.

The most controversial person in cryptocurrency world, Australian businessman Craig Wright, has publicly expressed his vision of Bitcoin Cash’s future in 2018.

How Bitcoin Cash Reaped the Rewards of the SegWit2x Cancellation

Though the SegWit2x cancellation was another prominent example of the strengths of peer-to-peer networks in terms of their more democratic governance and participation structures, it empowered Bitcoin Cash to reap the rewards of its failure to launch.

Cryptocurrency market is at a record high valuation above $250 billion and this time it’s the altcoins and Ethereum contributing to the rally.

Bitcoin is Trading Above $6600, While Bitcoin Cash Has Successfully Hard Forked

Bitcoin Cash has undergone a hard fork creating a new software protocol for its blockchain that aims to reduce mining difficulties and attract miners to its platform.