The past week’s daily average global market capitalization of cryptocurrency was $290.49 billion and the daily average transaction volume was $15.17 billion, indicating an incline of 8.26% and an incline of 8.26% respectively. The daily average market capitalization of the top five cryptocurrencies increased by 8.11% from the previous week. The increases in price of the top five cryptocurrencies was led by BTC, which experienced a price increase of 15.9%, and BCH experienced the greatest price increase by 16.08% in the past week.

Follow OK blockchain capital on medium, to get more information

Of the top 10 cryptocurrencies that increased this week, most of the projects were of the vertical application sector. Speed Mining Service, a mining project, experienced the greatest increase in price by 162.29%. 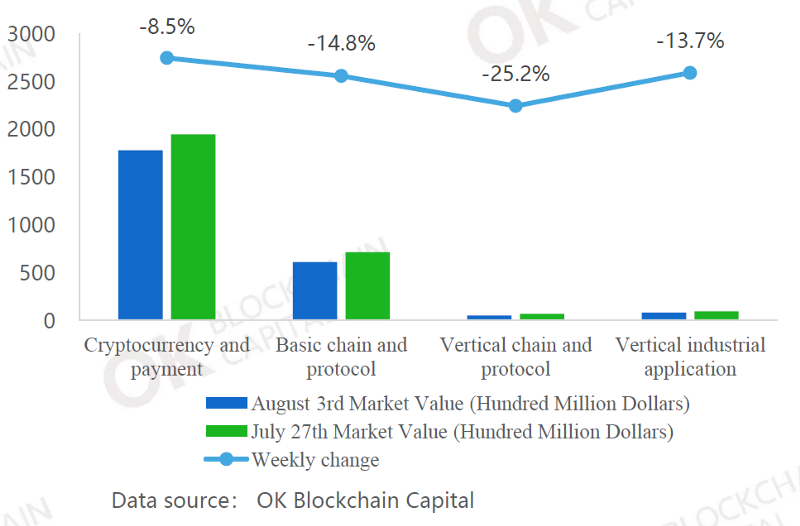 Through further classification of the vertical chain and protocol and the vertical industrial application sectors, it was found that the past week’s education projects were on obvious increases at a rate of 22.27%. Also, projects of the notary certification sector experienced an increase of 18.39%. On the other hand, IoT and AI projects experienced the greatest decreases with a rate of 26.68% and 27.23% respectively.

There were 59 new projects in the market the past week (mainly of the cryptocurrency and payment vertical), 61.02% of which dropped below issued price within 24 hours of listing. Most of the newly issued tokens were listed on IDEX and IDAX.

Ratio of New Projects Based on Categories

There have been 71 closed public-sale projects this past week, with the soft cap totaling nearly 226 million USD. Among these projects, projects of the finance vertical received most funding, exceeding over 60 million USD. 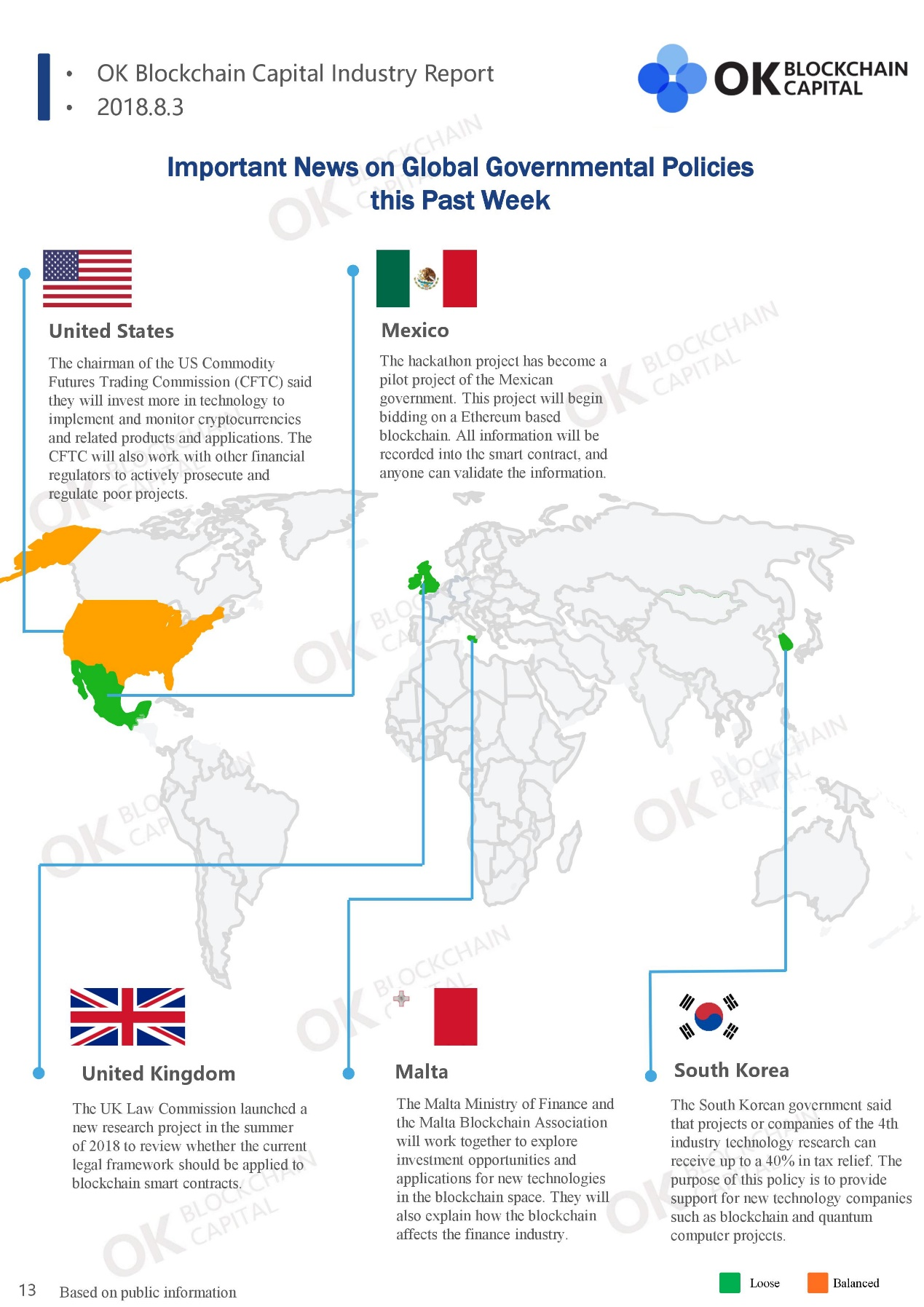 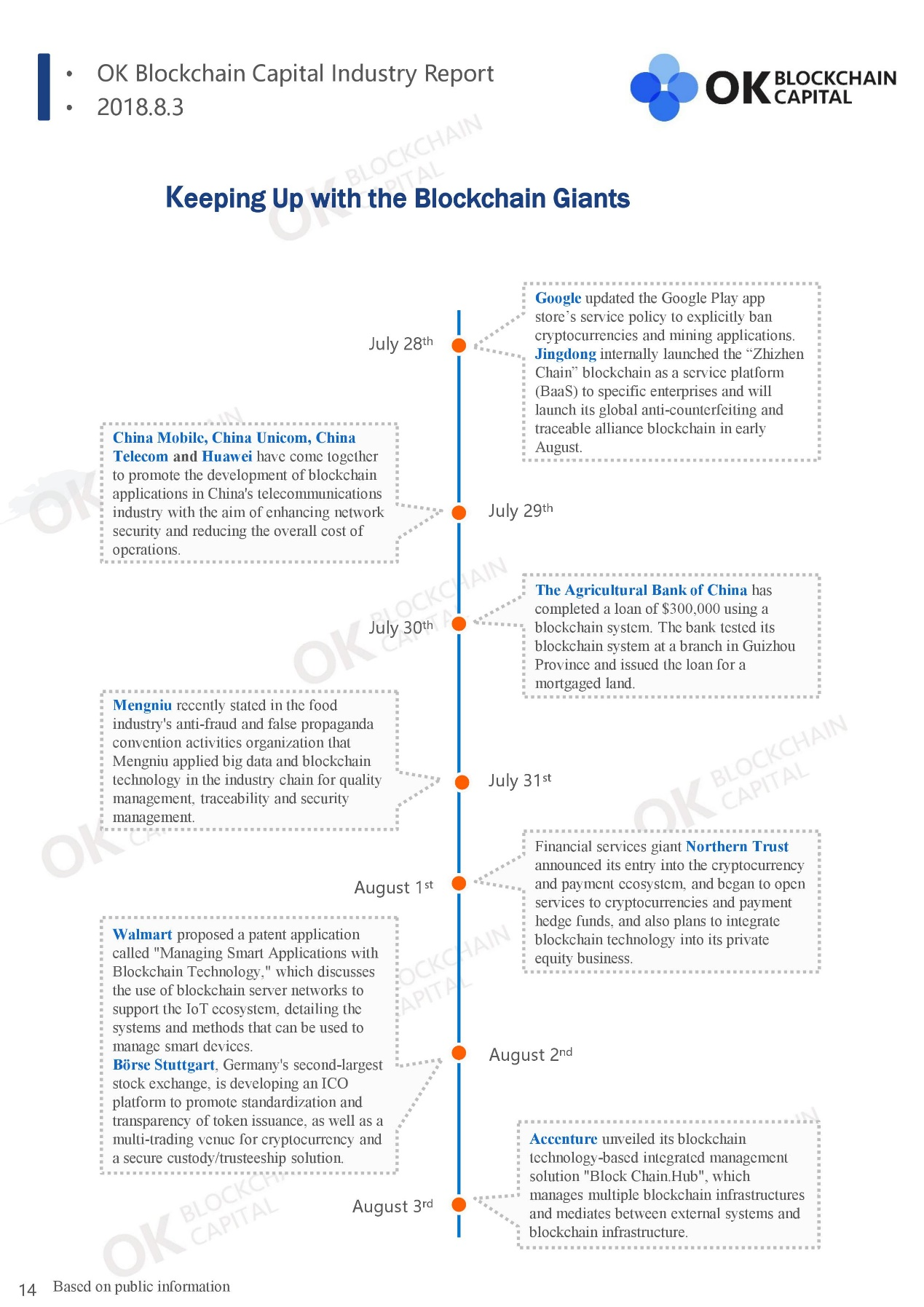 “Tokenization” means to convert traditional enterprises‘ assets into liquid assets that can be issued and applied with. Tokenization is mainly for internet companies with mature products, industry chains and traditional companies. This process restructures their businesses according to the ideas and models of tokenomics. The issuance and application of tokens changes how interests and profits are distributed, and also encourages all parties involved to participate in the system more.

Before the concept of tokenization was formally introduced, many blockchain companies had promoted good projects to embrace and apply tokenomics. In addition to the internet giants “BAT”’s blockchain development exploration, few established Internet companies have tried to integrate tokenomics into their systems,

As of last Thursday, “Tokenization Experimental Zone” announced only one registered company, Bizkey – the smart POS machine project. In the Bizkey ecosystem, there are two types of tokenization, BZK and Time. BZK is for the merchant side, which represents the value of transaction data and uses the “trading is mining” mechanism which will be circulated in the exchange. Time is for the user side, which is equivalent to tokenized points. Users receive points through consumerism, and accumulated points can be used for special privileges. Bizkey uses the incentives of tokenomics to enable merchants and intermediaries to obtain tokens through the “trading is mining” mechanism and to promote their smart POS machines.

4.Which companies are involved in the Tokenization Experimental Zone?

According to public information, the types of companies that have registered for Fcoin’s Tokenization Experimental Zone can be summarized as follows:

5.Difficulties in carrying out Tokenization

The crypto market has been experiencing a downturn in recent months with several major currencies seeing a sharp fall in value.

The actions of Charles Hoskinson have been condemned by both followers of the Ethereum Classic community as well as those of the Ergo protocol.