China is serious about blockchain, and young emerging companies like NULS are forging a path.

Blockchain, potentially the most radical software development of the new Millennium, looks set to revolutionize developments in currencies, banking, e-voting, patents, smart contracts, distribution and public services. As a result, we are likely to witness a period of intense competition as software companies around the world vie for the title of innovation leader within the blockchain sector.

Huge rewards are at stake in terms of prestige as well as hard cash. Indeed, given the current trade spat between Washington and Beijing, as well as the ongoing commercial rivalry between America and China in the field of social media, online retailing, smartphones and mobile payments, the struggle for pre-eminence in the blockchain industry is one that will be watched closely in tech boardrooms around the world.

On the face of it, the United States is the obvious favourite. Over the past thirty years it has forged a unique reputation for high-tech based on the success of global leaders like Apple, Microsoft, Google, Facebook, Amazon and Snapchat, and by its endlessly innovative Silicon Valley culture. But China should not be written off. Despite a recent speech given by Liu Yadong, editor of Beijing’s Science and Technology Daily, in which he criticized those who exaggerated China’s achievements (thus aggravating the concerns of many Western nations), the Chinese government has been a consistent champion of the country’s technological advances, and with good cause.

Quite apart from its growing space program and expanding electric vehicle (EV) industry – which now accounts for roughly 55 percent of global EV production – China is tipped to become a world leader in supercomputers, semiconductors and clean energy, to name but three vital industries.

Anyone who doubts China’s technical capabilities should study the success of WeChat, China’s multi-purpose messaging, social media and mobile payment app. Founded in 2011, it is now used by more than 1 billion active users per month. Only Facebook, Instagram and WhatsApp are bigger.

Another success story is the online retailer Alibaba. Founded in 1999, five years after Amazon, Alibaba’s Q1 results for 2018 show total revenue at $9.9 billion (Amazon $51 billion), profits at $1.1 billion (Amazon $1.6 billion). But by 2020, when China’s ecommerce market is estimated to be roughly three times larger than that of America, it may be a different story.

China has one or two other advantages when it comes to blockchain development. First, it has a definite edge in the use of online integrated systems. A good example is the widespread use of smartphone apps like Alipay and WeChat to pay for almost everything from monthly rent bills to cups of coffee.

Today, only a minority of Chinese city dwellers still use cash, showing just how digitalized Chinese society has become. This successful adoption of digital payment systems could well be a key predictor of China’s future success in implementing the cross-industry digital collaboration involved in blockchain.

Of course, the country’s use of smartphone apps is undoubtedly facilitated by Asia’s dominance of the global market for mobile phones. As of Q2 2018, South Korea’s Samsung (30.7 percent) leads U.S. Apple (19.4 percent), while China’s own Xiaomi and Huawei brands (14.5 percent combined) are catching up fast. No wonder that more Chinese consumers log on to the Internet via their smartphones than do so in America, Brazil and Indonesia combined.

Second, because China’s banking and financial systems are controlled by the state, there will be less opposition than in the U.S., where the introduction of a decentralized blockchain system may involve significant revenue losses for banks and credit card companies, all of whom are likely to object.

Furthermore, the state-run system tends to outperform the private sector when it comes to resourcing priority projects. Thus, ever since 2016 – when blockchain was declared a key priority of the government’s 13th Five-Year Plan — the government has been energetically gearing up to support its software companies in the race to dominate the blockchain ecosystem.

In 2017, China filed 225 out of a total of 406 patents relating to blockchain, more than any other country. (7) According to Yu Jianing, director of the Institute of Industrial Economics at the Ministry of Industry and Information, a complete industrial chain now exists in China to support blockchain, encompassing hardware, platform software, security and application services. Human resources in the field of blockchain programming and digital communications have also been ramped up. As a result, there are now more than 500 blockchain companies operating on the Chinese mainland.

An interesting example is Onething Technologies, the Shenzhen-based cloud computing arm of Xunlei Limited, a NASDAQ-listed Chinese multinational. In April 2018, Onething announced the launch of ThunderChain, its new high performance blockchain platform. ThunderChain, which is compatible with Ethereum Virtual Machine (EVM), allows software companies and individual developers to create and install their own blockchain applications, taking advantage of ThunderChain’s capacity to handle more than 1 million transactions per second.

Another young Chinese company involved in the development of blockchain platforms is the Chongqing-based NULS, founded in 2017. According to the China Center for Information Industry Development (CCID), NULS will be ranked from September on CCID’s Global Public Chain Technology Evaluation Index, an initiative of the Chinese Ministry of Industry and Technology designed to monitor blockchain development for the Chinese government.

NULS’s aim, according to CEO Liesa Huang, is to create a modular click-and-go system to make it easier and cheaper for businesses to get on the blockchain. Huang explained it like this:

“Enterprises can choose to start small and try our tech, and then expand their infrastructure as demand arises. They can create a blockchain using our module library without the need to start from scratch.” 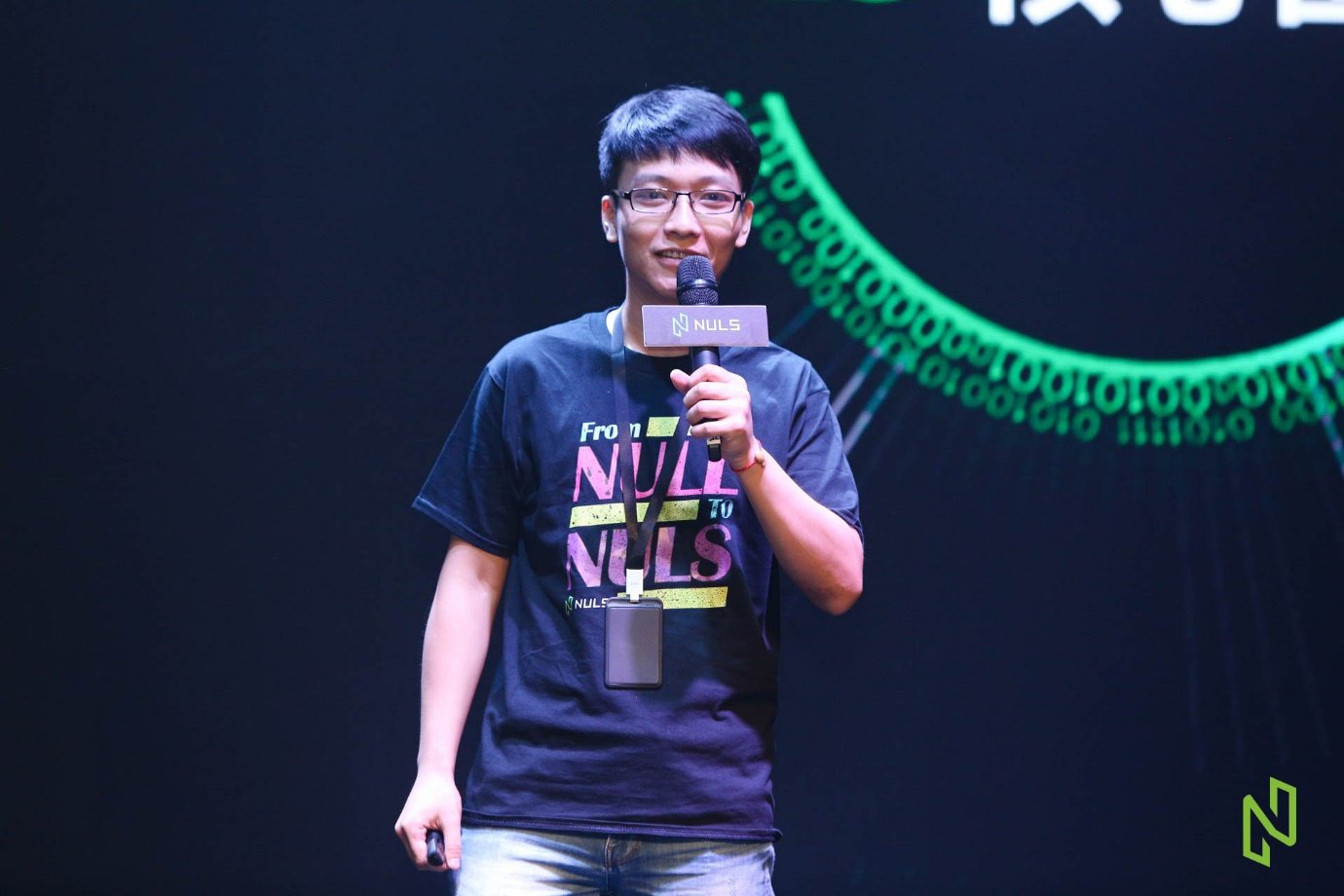 Like other blockchain companies, NULS is an enthusiastic supporter of blockchain’s open-source ethos. Recently it launched the NULS Technology Institute, which works with universities and businesses in China and abroad on joint blockchain research. According to NULS founder and technical guru Jason Zhang, being part of China’s new wave of blockchain development means taking every opportunity to make a positive contribution to the country’s technological future. “In blockchain, to give is to receive” he says.

As an example, he points to NULS’s partnership with the Education & the Ministry of Science and Technology of China and their co-sponsorship of a recent DApp competition which encourages students to become involved in blockchain development. The program also provided fifty demonstration classes. Media related publicity around the event was unprecedented with over 2 million recorded views of the competition.

From its offices in Chongqing, Shanghai and Singapore, the company works hard to develop its own community. In June 2018, NULS related YouTube video content was watched by 300,000 people, while in July the launch in Beijing of the company’s Main-Net — attended by 300 delegates from the Chinese media and blockchain community — was live-streamed to more than 10,000 people. In the West, the NULS community has grown to 40,000 social media followers.

But the main focus of Zhang and his 50-strong team remains the development of the NULS platform and its modular building blocks, which give non-technically minded clients the plug-and-go resources to get started on the blockchain.

“In China, technology must be made to serve society” Zhang says. “What is the point of blockchain if it cannot be accessed by ordinary companies and individuals?” In pursuit of this goal, NULS works closely with its partners to develop specific modular systems for differing industries. These include electronic payment solutions, medical data storage, supply chain management, digital rights management and more.

Studying NULS’ approach, it’s clear from its focus on opening up the blockchain that it has a definite goal to be as business-friendly as possible. If that sounds more like an American than a Chinese mission statement, it perhaps indicates that – in blockchain at least – community is becoming more important than nationality.

Through the partnership, NULS will build blockchain infrastructure, veriTAG will set up merchant and digital wallet ecosystem, OxPay will be exclusive payments service provider.

An increasing number of crypto projects are now utilizing cross-chain technology, clearing the way to an interconnected blockchain environment.

FXT derivatives exchange announced on October 29 that it has launched futures platform tracking an Index of 8 China cryptocurrencies.