Enabling enterprise clients to create their own blockchain, NULS boast top quality business-ready designs, important strategic partnerships, and a supportive community, making the company worth keeping an eye on.

These actions were designed to dampen the growing mania for cryptocurrency speculation and protect investors from fraud, and on both counts they succeeded. In the process, by banning all trade in cryptocurrency they made it much harder for investors to send money out of the country and allowed the authorities to reassert control over their national currency.

[Note: The issue of control may also explain seemingly contradictory musings by Zhou Xiaochuan, Governor of the People’s Bank of China, about the possibility of developing a national digital currency under Beijing’s control.]

To a free marketeer the Chinese crackdown on cryptocurrency may seem like a backward step, but others have pointed to unacceptably high levels of fraud among ICOs. Besides, whether digital currencies can become a useful addition to the existing monetary landscape is still anyone’s guess.

Whatever the situation, a consensus seems to be emerging on the need to separate cryptocurrencies from their underlying blockchain technology. By saying No to cryptocurrencies but Yes to Blockchain, China has taken a major step in precisely this direction and should be applauded for its progressive approach.

The good news is, having jettisoned digital currencies, the Chinese government is now fully committed to blockchain. On May 28, 2018 President Xi Jinping declared that it was an integral part of China’s technological revolution – putting it on a par with other priority areas like artificial intelligence and the internet of things (IoT) – and called upon his country to take the lead in its development.

Shortly afterwards, state-controlled China Central Television (CCTV) broadcast a 60-minute show describing the huge potential of blockchain in a variety of areas. “The value of blockchain is 10 times that of the internet” it announced.

It is a technology that China has every intention of dominating. Coinciding with Xi Jinping’s statement, China Daily reported the release of a white paper by the Ministry of Industry and Information Technology (MIIT) stating that China is likely to take the lead in adopting blockchain – a claim recently echoed by Cai Weide, director of the North China Digital Technology and Blockchain Laboratory, who stated that China is expected to lead the world in Blockchain.

These are not just words. For some time, the government has been quietly manoeuvring to take advantage of this nascent technology. Last year, for example, it filed more patent applications relating to blockchain than the rest of the world put together.

This year we have already seen the emergence in the country of a complete industrial chain of support for blockchain, ranging from hardware development, platform and cyber-security services, human resources and investment. For example, Liu Qiuwant, Chief Information Officer of the Bank of China stated that this year the banks’ investments in technologies like blockchain, IoT and fintech will exceed 1 percent of the bank’s operating annual income, which in 2017 was reported as 483 billion yuan (US$71 trillion).

Over the next three years, according to Chinese officials including Yu Jianing, director of the Institute of Industrial Economics at MIIT, blockchain software will be introduced into a wide variety of sectors across China such as cross-border payments, electronic deposit services, supply chain management, IoT, product traceability, food safety, energy and healthcare and copyright protection, to name but a few.

MIIT also plans to boost cooperation with various local authorities and departments. A good example is the South Eastern province of Xiong’an where local officials have teamed up with Swiss-based Ethereum incubator ConsenSys to help transform their agriculture-intensive economy into a blockchain innovation hub.

The aim of this project is to build a next-generation smart city powered by enterprises involved in biotechnology, artificial intelligence, cognitive computing and energy sciences. Xiong’an officials have also worked with Chinese companies such as Tencent, Ant Financial, and Qihoo, a recent project being a blockchain-based housing program, in partnership with Ant Financial. US market analyst Morgan Stanley has projected a $362 billion investment for the smart city project. If blockchain technology proves itself in Xiong’an it might easily be rolled out in numerous cities and districts nationwide.

Xiong’an is only one of several blockchain centers in the country. Another is Zhejiang in East China – home of China’s first Blockchain Industrial Park – whose top-ranked university has just launched its own blockchain research institute to meet the growing surge in demand for blockchain engineers. It also offers cross-faculty classes for students majoring in finance, computer science, and mathematics.

Another developing location in China’s digital ecosystem is the city of Chongqing (pop: 30 million), which together with Beijing, Shanghai & Tianjin is one of the country’s four great municipalities. According to an article by 8BTC, Chongqing – as well as being an integral piece of China’s One Belt One Road Initiative – is set to become a major base for blockchain innovation and application, by hosting a series of 2–5 blockchain industrial bases and more than 50 blockchain enterprises. 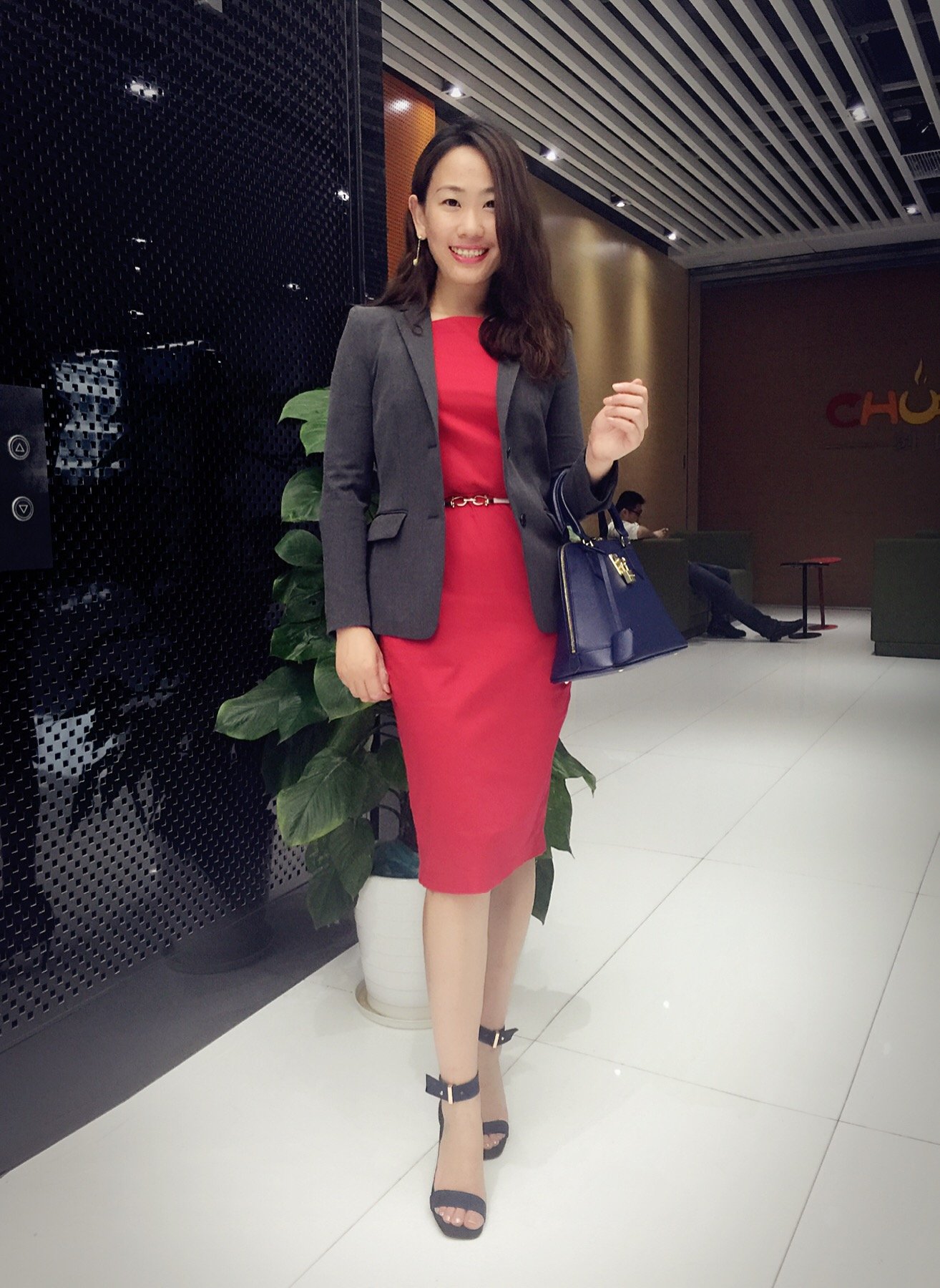 One of these enterprises is the blockchain company NULS, winner of the Outstanding Project Award from the Chinese High-Tech Industrialization Association (December 2017). More recently (Aug 10, 2018), the company received government backing when MIIT announced that NULS was being added to its coveted Global Public Blockchain Technology Assessment Index (GPBTAI), the only official index produced by the government. (12) The inclusion of NULS on the GPBTAI was in recognition of the successful July launch of its main network, as well as the innovative nature of its blockchain infrastructure.

Instead of designing a one-size-fits-all type of blockchain, NULS specializes in modular blockchain architecture – a design concept similar to that used in web construction by WordPress – allowing clients to create their own type of blockchain depending on their needs. It will be especially useful for companies with little or no technical expertise, who want to incorporate blockchain technology into their business, but can’t afford to recruit expensive software engineers to do it for them. By joining NULS they can develop their own sub-chains by choosing from a variety of different modules, thus drastically reducing the time and cost needed to get started. According to Liesa Huang, CEO of NULS:

“Our modular design allows regular software developers to build on the blockchain without the need to understand complicated cryptographic technology. They can create a blockchain using our module library, without having to recreate a whole blockchain from scratch. This addresses a key problem in the industry, the lack of blockchain programmers, and the high cost of developing a blockchain.”

What’s more, the modular nature of the NULS design – reinforced by the fact that NULS is open-source and community-driven – means that modules can be upgraded with new improvements to ensure that the architecture remains fully up to date. Note also that although NULS is an open-source project, the confidentiality of data in sub-chains is fully safeguarded through data isolation and cross-chain auditing.

The NULS focus on community participation combined with its strong Asian partnerships appears to leave it well-placed to attract developers from outside and, in the process, widen its modular blockchain platform as well as its global reach. For example, NULS has recently agreed strategic partnerships with several powerful players, including:

In terms of market capitalization, NULS may be one of the most undervalued blockchain specialists on the market when compared to competitors such as NEO and QTUM. According to Coinmarketcap (August 15, 2018), NULS’ $57 million capitalization is only 5 percent of that of NEO ($1.07 billion) and 14 percent of QTUM (403.1m). To put it another way, with its business-ready modular designs, a cluster of important strategic partnerships, and an active community in support – plus its own expanding team of developers – NULS is certainly a company to watch.

Through the partnership, NULS will build blockchain infrastructure, veriTAG will set up merchant and digital wallet ecosystem, OxPay will be exclusive payments service provider.

An increasing number of crypto projects are now utilizing cross-chain technology, clearing the way to an interconnected blockchain environment.

FXT derivatives exchange announced on October 29 that it has launched futures platform tracking an Index of 8 China cryptocurrencies.