After the robust beginning of January, the BTC has been correcting for two days already. It is now trading at $7932.00.

On D1, speaking about the long-term moods of the cryptocurrency, there has been a pullback to 50.0% Fibo related to the previous declining wave after a convergence on the MACD. Also, the correctional dynamics have let the market test the resistance area at 50.0% ($8500.00) but even if a breakout had happened, the market would have changed the trend. 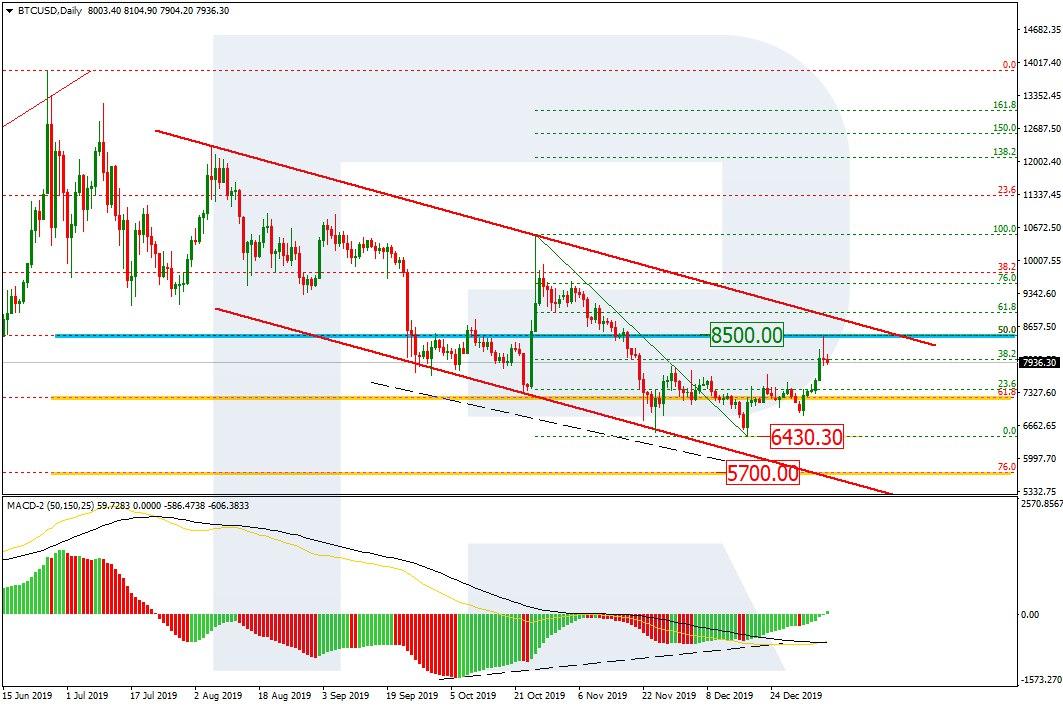 On H4, the BTC demonstrates the beginning of a decline after testing the mid-term resistance area as well as the resistance line of the short-term growth channel. A Gold Cross in the overbought area of the Stochastic may signal a decline to the support level and $7200.00. 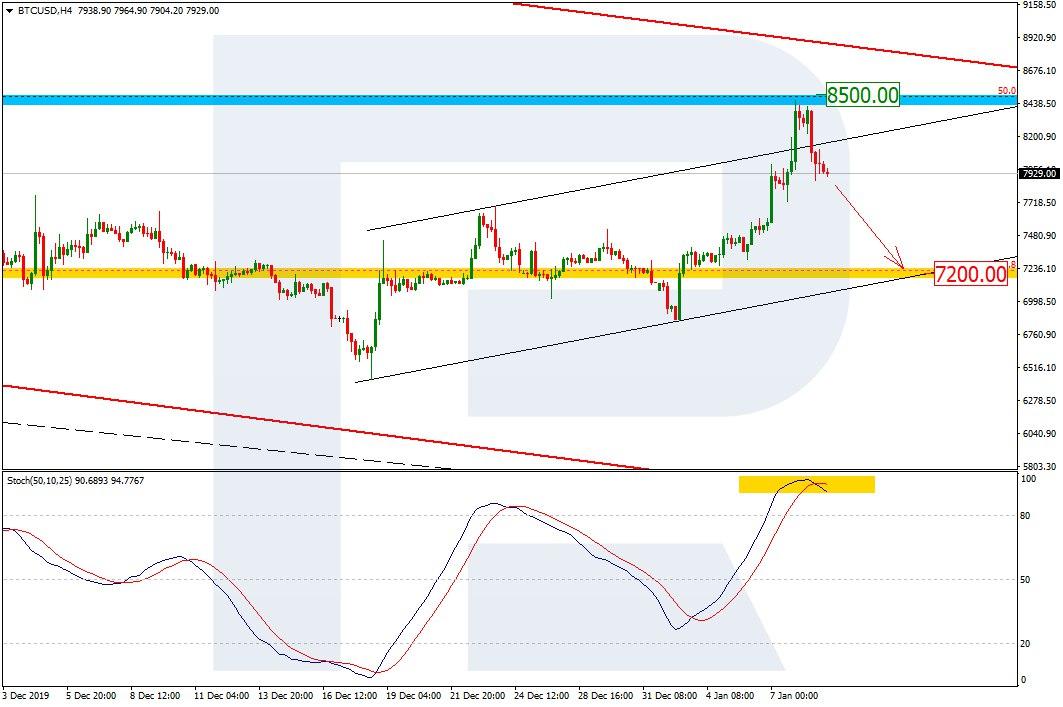 According to the head of Galaxy Digital Michael Novogratz, the BTC price may grow significantly in the circumstances of the escalating conflict between the US and Iran. The possibility of a full-scale conflict will provoke an unstable situation on stock exchanges, which will entail an increase in demand for alternative assets — gold and the BTC.

Theoretically, this sounds rational: earlier the Bitcoin price grew when the exchange investors massively escaped risks. However, after President Donald Trump addressed the nation, calming people down and reminding that the country remains strong and unconquerable, the need for safe assets may shrink.

Naturally, all three assets have their catalysts of growth and decline and react to the market situation differently. Gold is an investment for the patient, the exchange index responds to the speculative mood of the market and corporate events. The BTC is supported by the moods of people and its colossal volatility. But practice shows that increased risks may bring increased profit.