On W1, the Bitcoin keeps declining inside a correctional channel. The quotations are currently returning to 50.0% Fibo. A breakaway of the resistance level at $9850.00 may signal the end of the correction and the beginning of a new impulse of growth to the maximum of $13857.20, upon renewing which the quotations may rise to $15550.00. However, if the quotations bounce off the resistance level, the decline will go on to 61.8% ($7350.00) and 76.0% ($5860.00). The MACD histogram is in the red area, and the Stochastic has entered the overbought area and is preparing for a Black Cross. 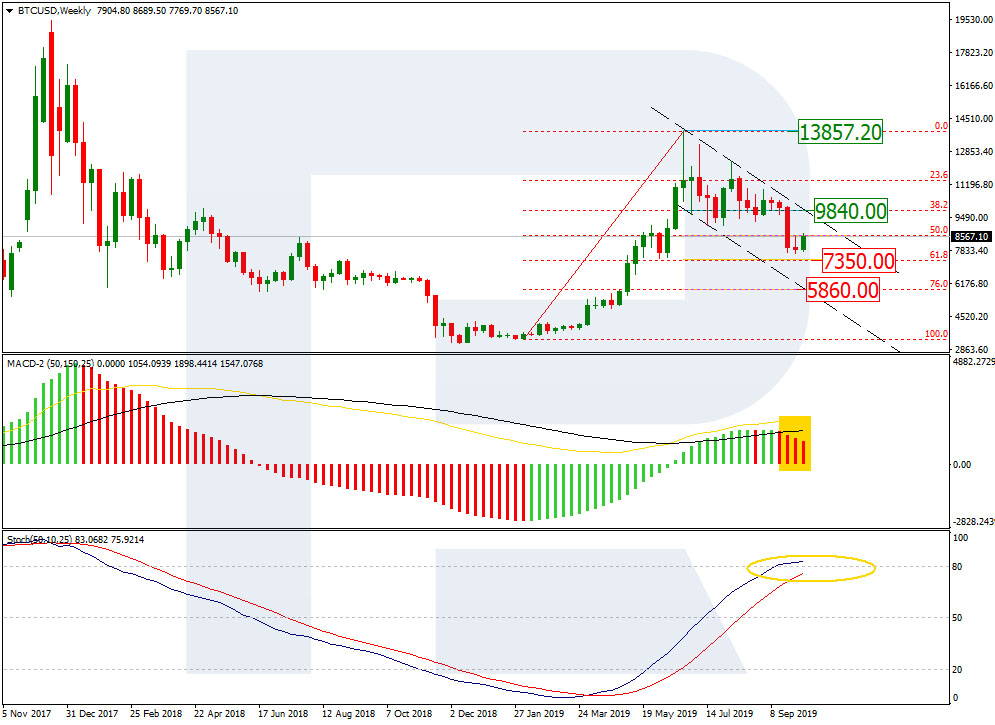 On D1, the BTC/USD shows a more detailed picture of a pullback upwards inside a descending channel. The tech analysis of this timeframe proves a short-term pullback. At the same time, it should be understood that a breakaway of the last minimum of $7675.00 will signal the end of the local pullback and continuation of the decline. The descending of the MACD lines suggests a mid-term downtrend, while the green color of the histogram confirms the short-term correction. 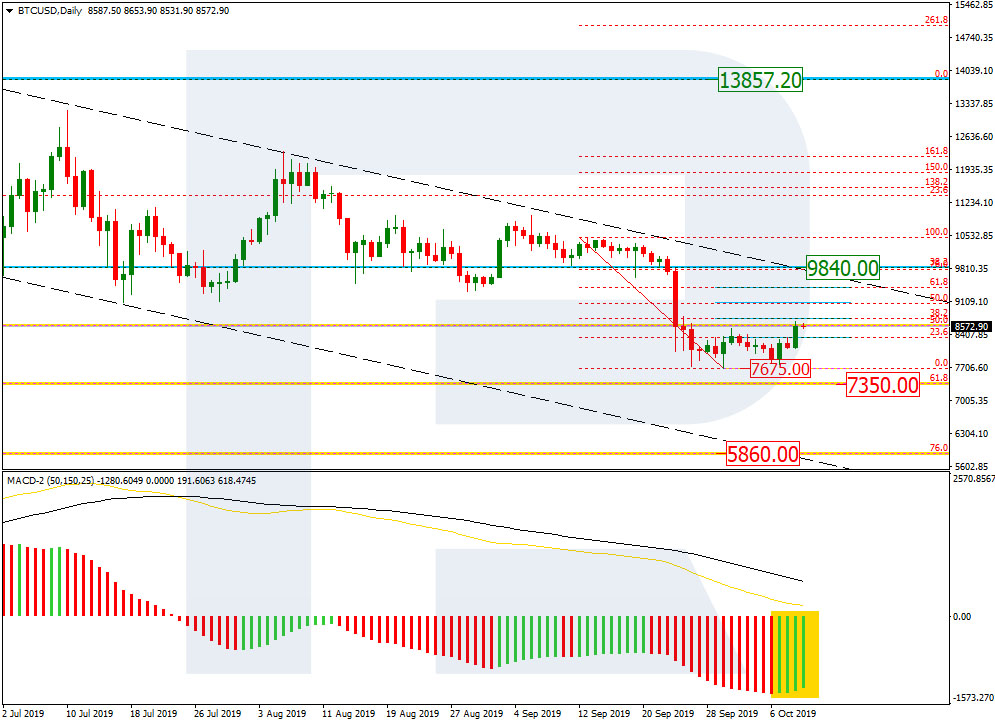 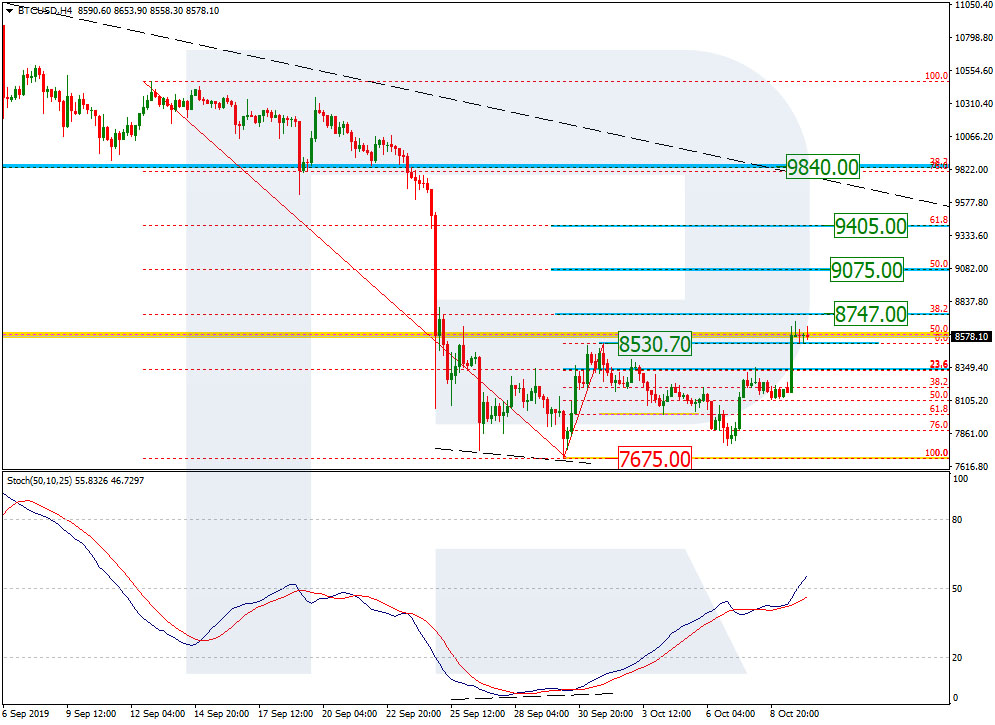 The more the cryptocurrency market extends, the more people talk about the ways to “kill” this or that asset. Ex-director of Blockstream Greg Maxwell thinks that in the case of the Bitcoin an attack 51% might become lethal. This is one of the possible ways to wipe the BTC off the market. This possibility may be eliminated but this will end up in centralization of the cryptocurrency. Users will hardly like this as it goes absolutely counter the main idea of the cryptocurrency.

This is a risk for not only the BTC but also the EOS or, say, the XRP. What is an attack 51%? It is a situation when a group of miners controls 51% of the network. Such access lets the group influence transactions and the blockchain system itself.

According to Matt Hougan, head of Bitwise, by October 13th the decision on the Bitcoin ETF is to be made by the SEC. This product is expected to revive the market and let some fresh air into it.

The application for the launch of the fund was sent in January, 2019. The SEC had never before answered positively on any such application. Currently, there are ETFs composed of the BTC on the market, but their representation is way too limited.

Block, MicroStrategy, and Coinbase experienced drawdowns alongside traditional markets even as crypto prices experienced a rise on Monday.