Regulators heat up the pressure on crypto after the two Iranian flagships reached the Venezuelan cost. It is assumed that the Venezuelan government paid the Iranian for the delivered gasoline in crypto.

CFTC fined the popular derivatives platform BitMex for operating an unregistered platform in the US and violating the Anti-Money Laundering regulations. The regulator also charged the top-management of the derivatives trading platform, including the CEO Arthur Heyes, as a consequence almost $337 million worth of Bitcoin were moved from BitMex and the open interest rate dropped by 16%, hence Bitcoin dropped sharply once again by -2.21% last week and is retracing since Friday, October 2. Despite the +1.50% gain yesterday, BTC was not able to break the dynamic resistance.

BTC/USD once again has formed a symmetrical triangle and either scenario is possible in this case, meaning Bitcoin price will either drop or rise. If Bitcoin is able to gain momentum and breaks the upper edge of the triangle with a strong impulse, we might as well witness a price action similar to the one on the chart below. Note: The price action in the chart below is illustrative. 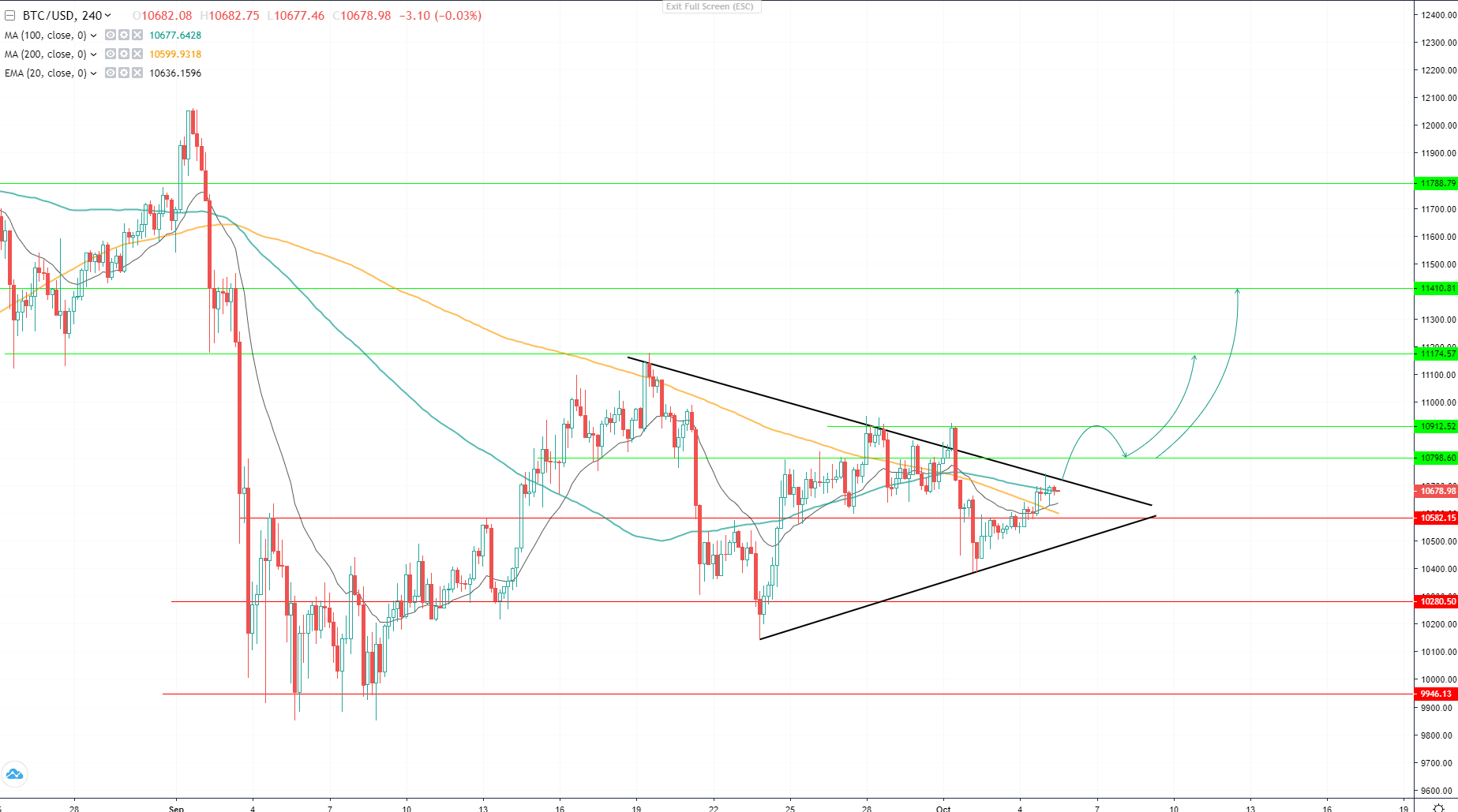 If the breakout is confirmed, the first resistance which might scare the holders and force them to sell their BTCs would be an area at $10900 – 11000, though, if buyers are able to push the price above these levels, BTC might as well continue the uptrend towards $11170 and even $11400.

The market alongside the investors will be watching the developments in the US, economic and political, as the presidential elections will create volatility as well as further notes from CFTC and other regulators.

Matrixport wants $100 million in funding at a $1.5 billion valuation as the crypto space still reels from the FTX collapse.