On H1, the major crypto is correcting after the ascending trend reversal. The price reached 38.20% Fibo, after which the market formed a descending channel, which is being developed now. The target may lie around the support at $3,500. After it has been tested, the price may bounce to the local resistance at $3,632; if it get broken out, the BTC may then get to 50 Fibo, or $3,786. 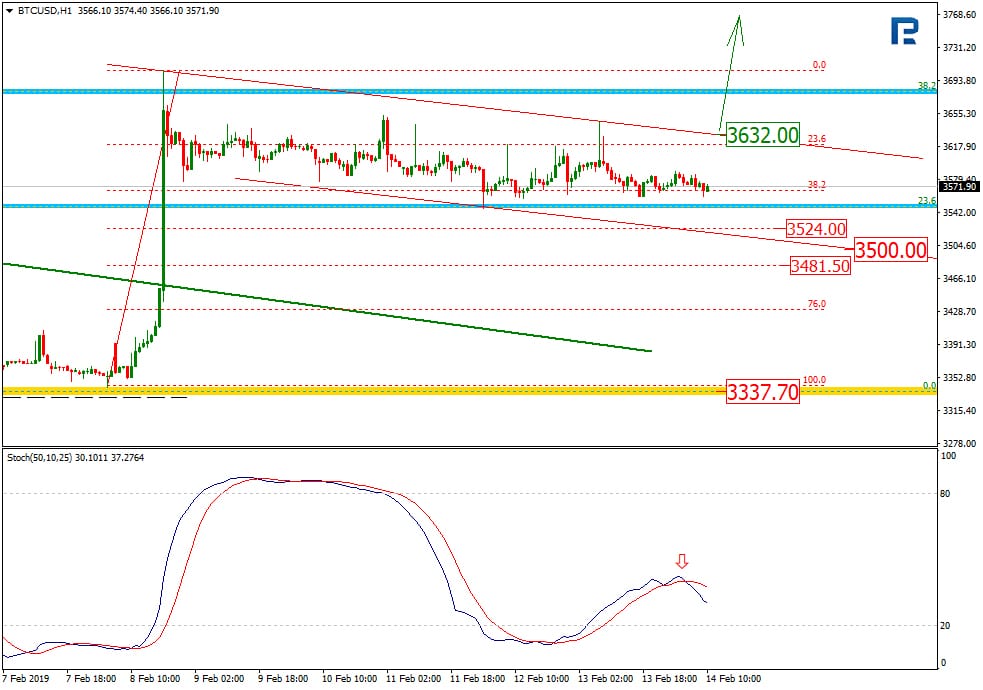 The news on 2018 results are quite important for the fundamentals. In Texas, the Securities and Investment Board closed 16 crypto projects that contained fraudulent activity. The fraud included using anonymity in order to spread unregistered companies’ tokens through the investors.

This news is mostly positive for the market; however, one should keep in mind that many states took an aggressive position against such doubtful cryptos only because of the SEC.

Robert J. Jackson, a member of the SEC, said the commission was going to approve the Bitcoin ETF only once it complies with the standards. Approving such a new instrument is not an easy task anyway. However, it will get approved sooner or later.

Jackson does not comment on the individual companies’ chances to start offering Bitcoin ETF’s, but he still says the overall chances of bringing in the new instrument are far higher now.

Previously, the SEC declined the requests because of high manipulation and fraudulent activity risk. When the doc was corrected, however, the process got stuck because of the US government shutdown.

Bitcoin price continues to crack under the heavy pressure of the wider crypto market downturn that has persisted for weeks now.