Nicholas Weaver at International Computer Science Institute says the Bitcoin is not viable. The best thing you could do with it is throw it away, he added, as it’s not good for anything else. In particular, the transaction cost is higher than elsewhere, especially in terms of small transactions, Weaver says.

He also thinks buying the BTC is quite complicated, as the crypto world is far away from other financial systems. Keeping BTC is also a risk, as in case of loss no recovery would be possible. Besides, the merchants that accept bitcoins in fact use a kind of software that converts crypto into fiat money.

Thus, the Bitcoin is complicated, from buying the crypto money all the way to paying with it for something. Weaver is partly true, with the crypto world being barely compatible with the real finance system. Cryptos may, however, make some good progress; this market is very new and still has good potential.

China banning crypto mining is being actively discussed in the market. The government says mining consumes too much resources and is not environmentally friendly, to say nothing of that being not in line with the national laws and regulations. Bitmain is not very much worried, though, as it’s not going to expand overseas. Not paying attention to China’s ban is not a very good idea either, as this could well damage the BTC price and, subsequently, the altcoins’, too.

On W1, the BTC is trying to stay above the broken out resistance inside the projection channel. The Stochastic has formed a golden cross, thus confirming a buy signal. Currently, the crypto is still aimed at the round number of $6,000, the support being at $3,122. 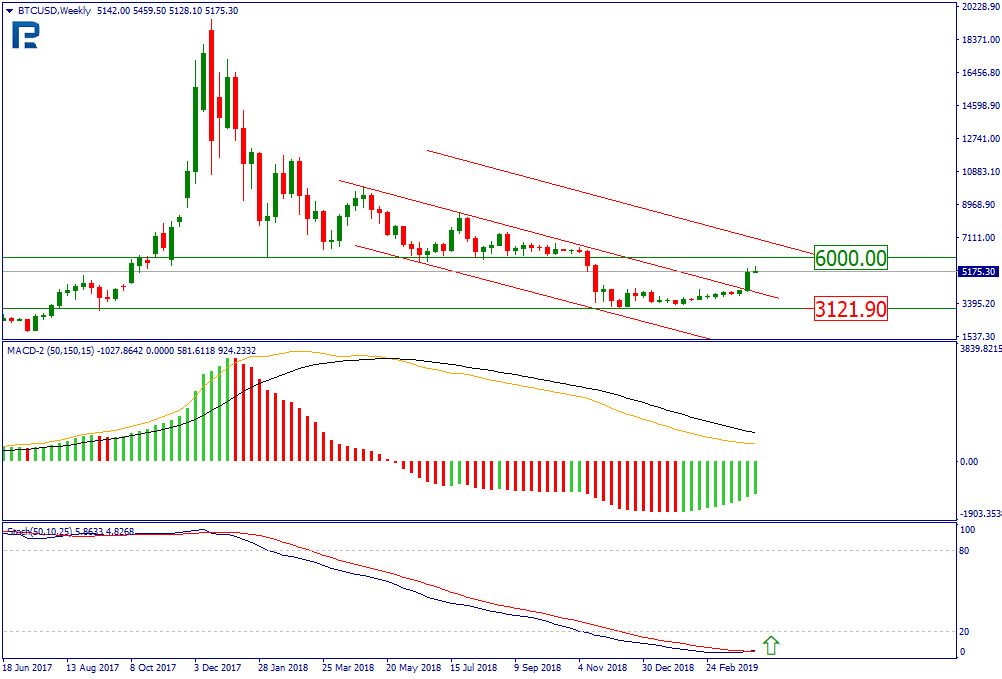 On D1, meanwhile, an uptrend reached 61.80% Fibo, testing the short term projection channel resistance. The price may soon pull back to the midterm support, but the overall trend is likely to be ascending, with the MACD lines headed up. This new rise may hit 76% Fibo, or $5,920, near the midterm resistance. 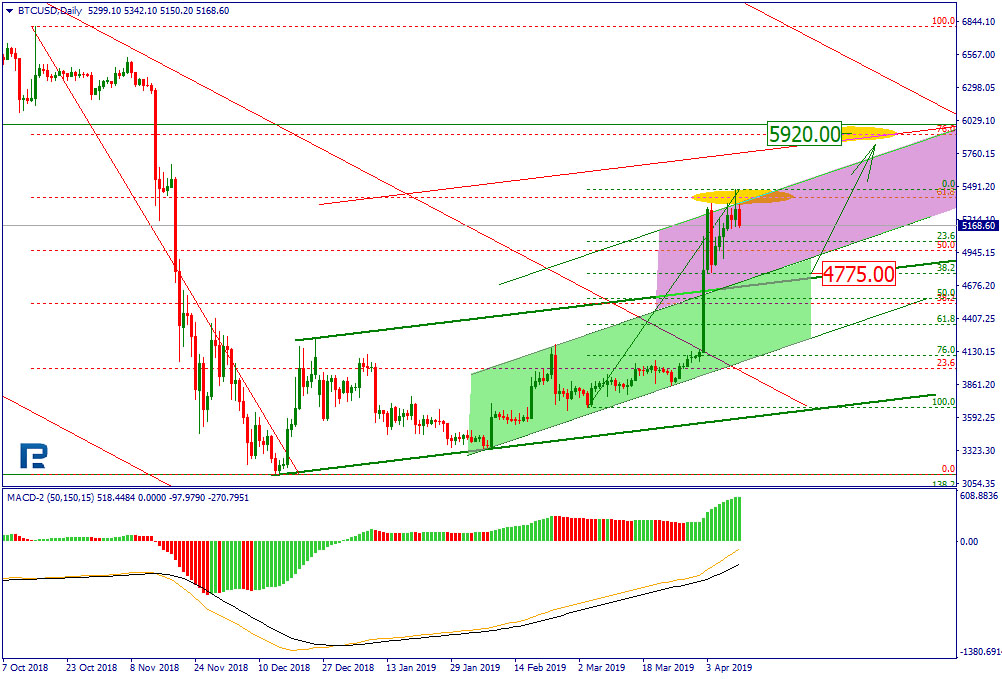 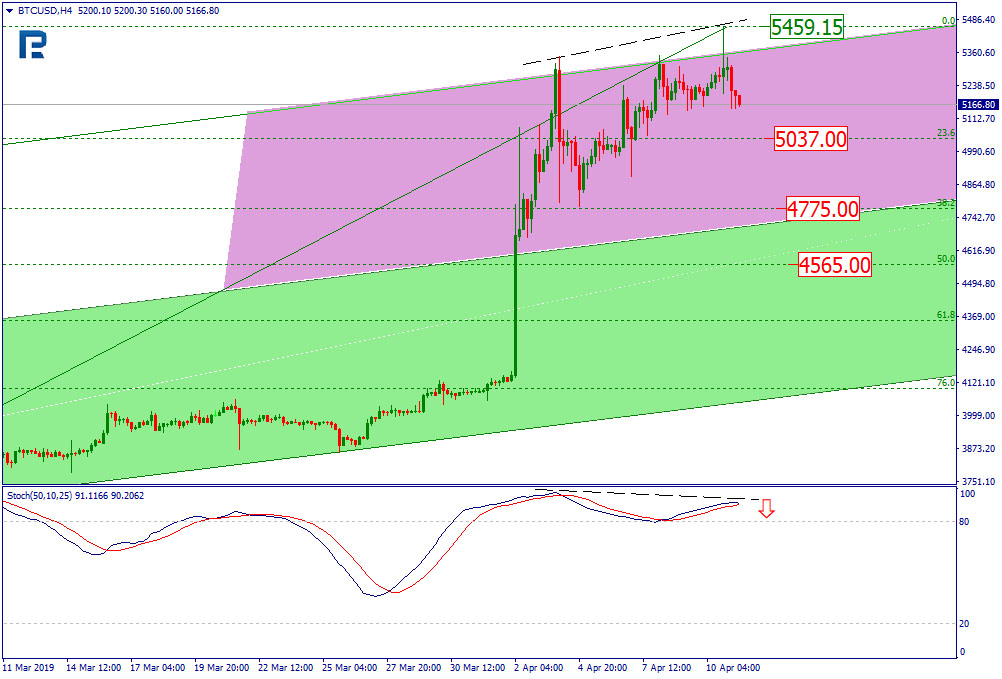 Despite Bitcoin’s poor start, Harry Yeh remains positive about the people’s crypto ability to record a positive trend and predicts a $400K price target for BTC.