Yesterday, BTC price was back to growing. Today, on Thursday, February 6th, the asset continues its growth mostly around $9,700.

Bitcoin price is moving higher. As we can see in the weekly chart, Bitcoin is forming a steady rising wave. In this case, the upside target is the resistance level at $11500.00, which may be a serious test for the market. If this level is broken, the instrument may continue growing, but taking into account the descending trend on MACD and Stochastic, the instrument is likely to rebound from the resistance level and start falling towards 76.0% fibo at $5700.00 and the low at $3121.90. 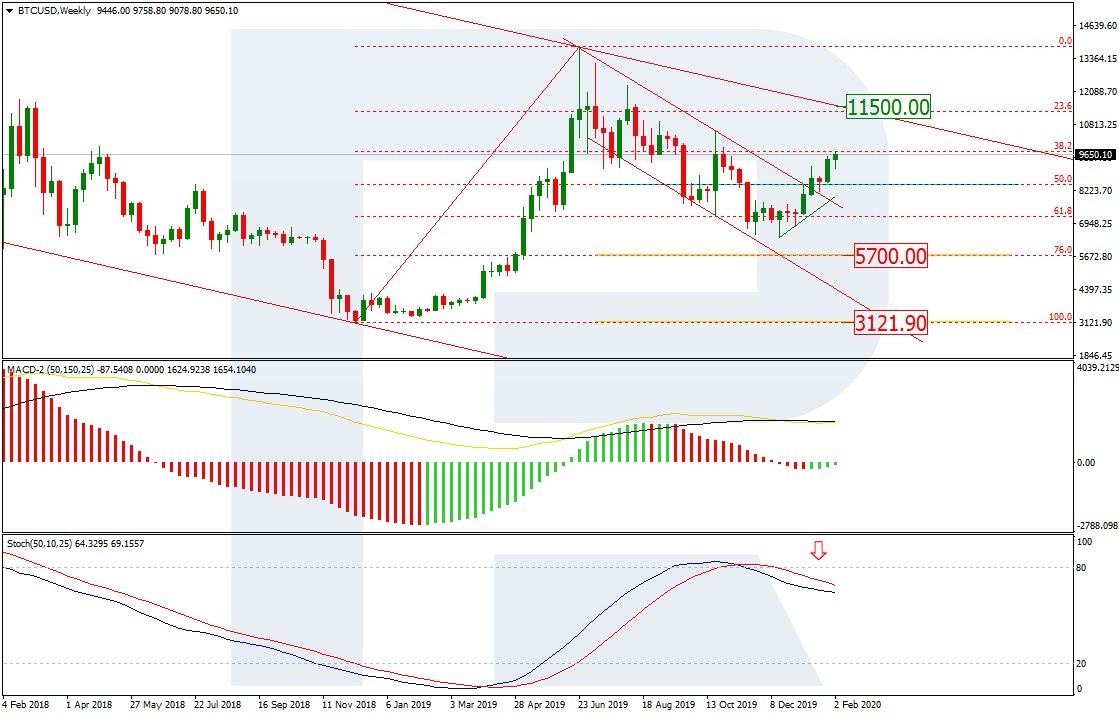 The daily chart shows a steady ascending channel. MACD lines confirm the current dynamics. The closest upside target may be the resistance line at $10570.00. The support is at $9100.00. 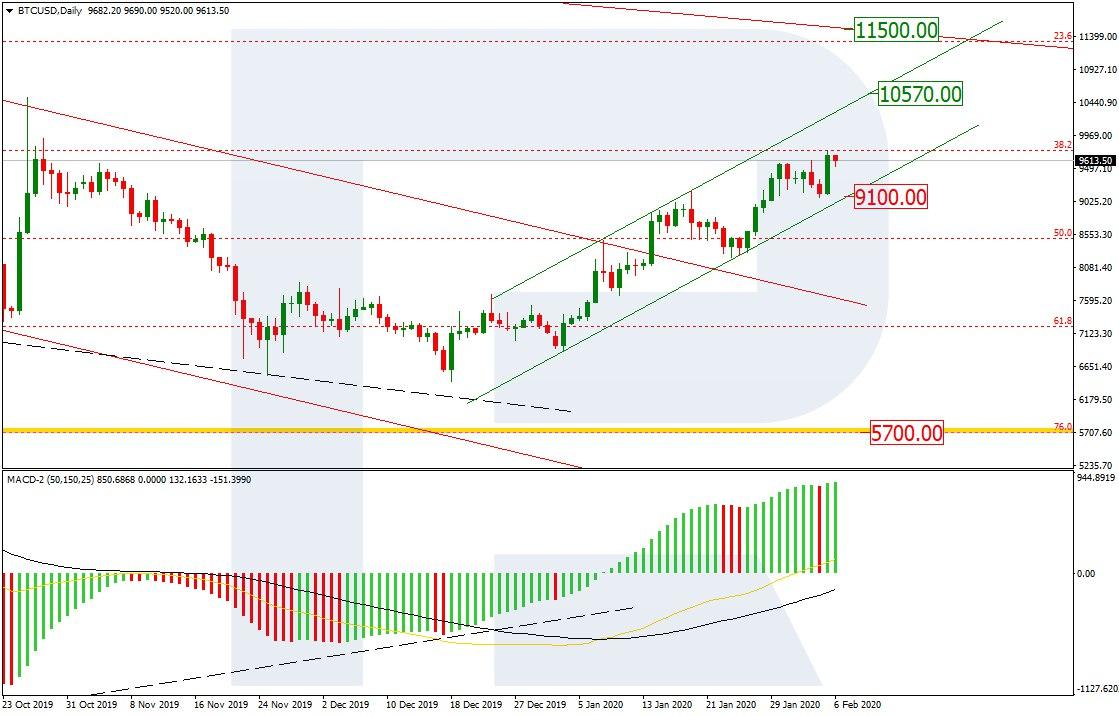 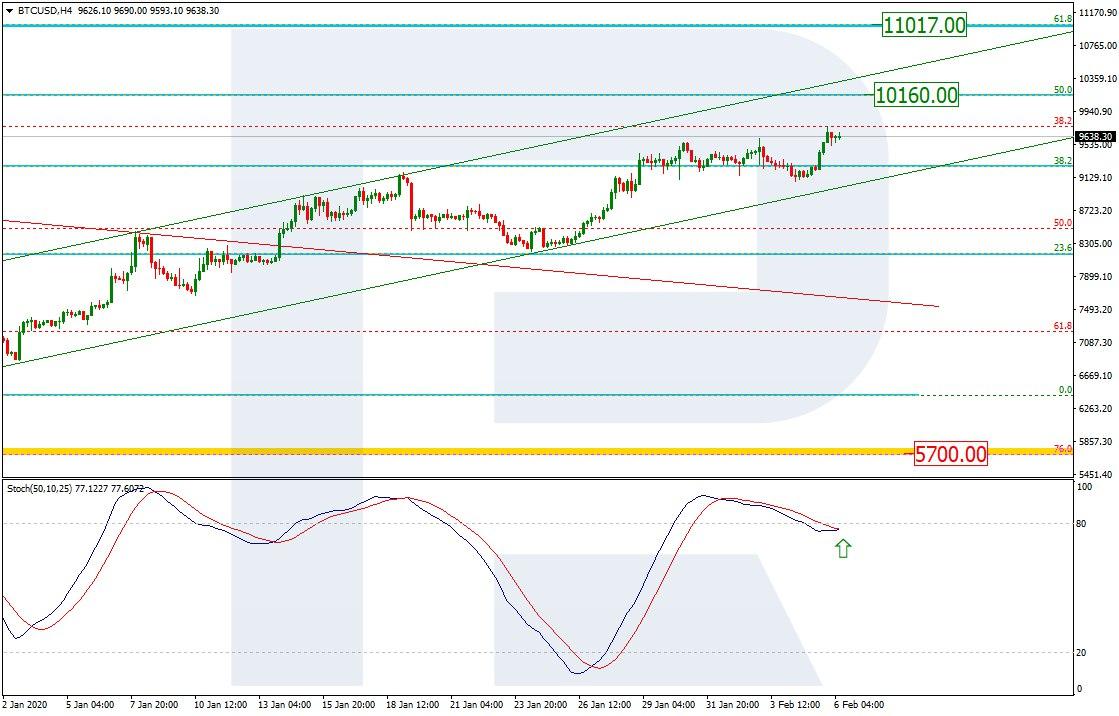 The volume of confirmed transactions in the Bitcoin network has exceeded 500 million and may pass 1 billion within the next couple of years. As recently as in 2017, there were only 250 million transactions in the blockchain of the leading cryptocurrency. An increase in transaction growth rate is evident and that’s a good signal for BTC. If the dynamics continue, the reading may double in the short run.

Earlier, it became known that the number of users and owners of BTC reached 23 million people. Among the biggest holders of the cryptocurrency are Coinbase, Huobi, and Binance exchanges. Based on the cryptocurrency volume on trading facilities’ accounts, it can be said that 7 exchanges control 13% of the entire BTC emission.

Recently, it was reported that a person paid less than 1 USD for a BTC transfer worth 460 million USD. Supposedly, the transaction was performed at the Bittrex exchange. At first, users were discussing that a major user might have entered the market with the purpose of manipulating the rates. However, a bit later the exchange’s client explained that Bittrex just transferred the coins from one storage to another without any interested motives.

There were some enormous transactions in the Bitcoin network in January: it was a transfer of the volume equivalent to 124.9 thousand BTC worth 1.1 billion USD.