WCX, a trading platform which lets people access the global financial markets using just Bitcoin, allows its users go long or short on more than 100 markets, with all profits and losses paid out in Bitcoin.

While Bitcoin has been around for ten years, and its price has gone up more than ten thousand fold, many still express their frustration at the lack of real-world utility for the currency.

Among those who were frustrated by the subpar adoption is Amatsu Soyonobu, an ex-Apple software manager and quantitative financier. In 2017, Mr. Soyoobu left his cozy Silicon Valley job to build a service that he believes provides one of the first tangible use cases for Bitcoin outside of its store of value.

“Think of us as a stock brokerage, except instead of depositing fiat, you deposit Bitcoin,” Mr. Soyonobu says. Users of WCX can go long or short on more than 100 markets, benefiting from rising and falling prices, with all profits and losses paid out in Bitcoin. 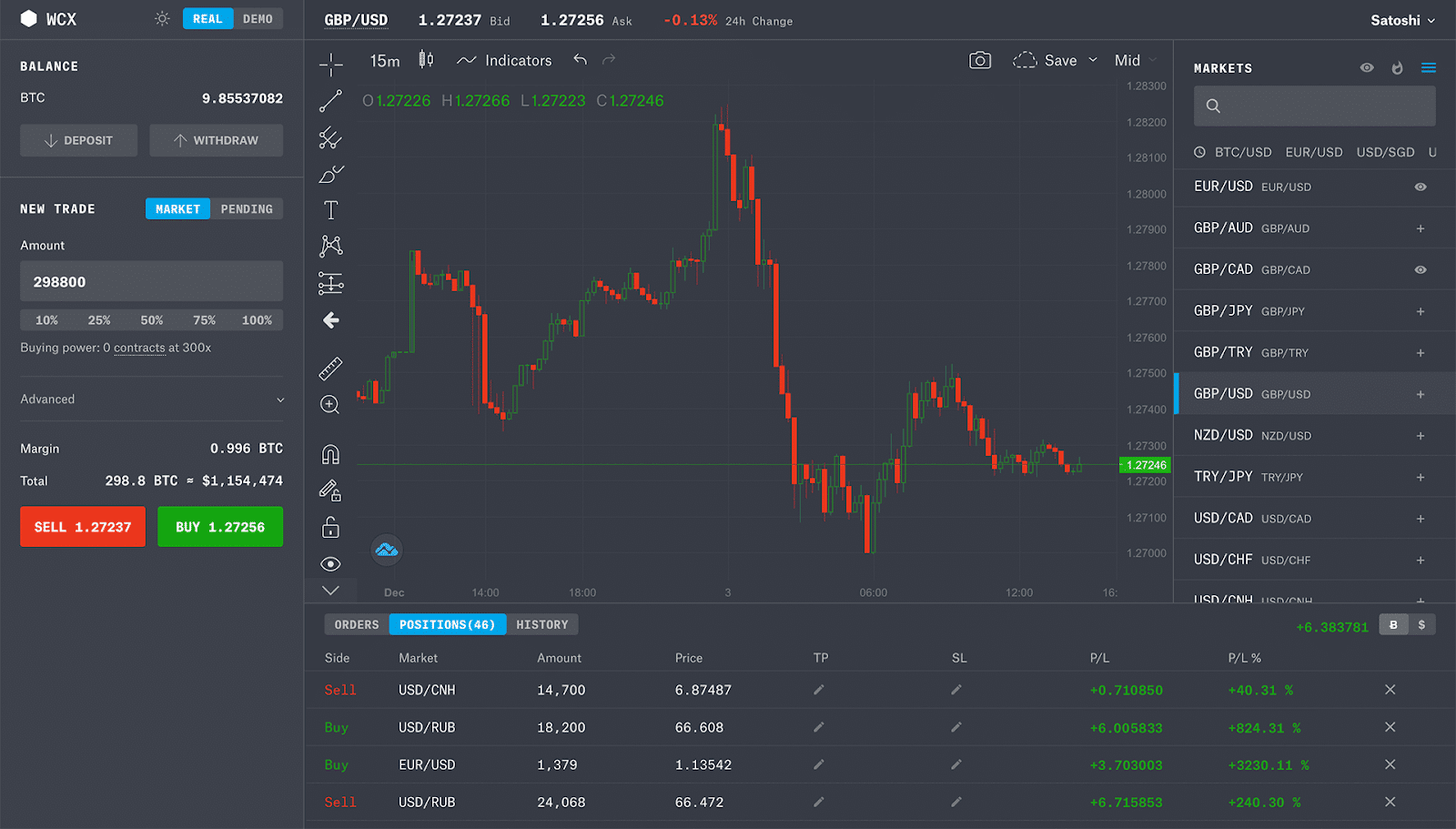 Markets offered include foreign currencies like the Euro/USD, stocks like Tesla, precious metals like Gold, and some of the most popular crypto markets like BTC/USD and ETH/USD – all tradable using just BTC as collateral.

WCX launched to the public in October of this year and has since attracted over 125,000 traders from 189 countries, with notional trading volume in excess of $1 billion.

“There’s obviously something here. People love how easy and fast it is to trade using Bitcoin rather than non-programmable money like the dollar,” Mr. Soyonobu says.

Mr. Soyonobu also claims using Bitcoin instead of regular bank payment processors results in cost savings across the board.

“We can offer 0% fees on deposits, withdrawals, and trades because we said no to fiat. We consider Bitcoin our competitive advantage.”

Mr. Soyonobu adds that using Bitcoin allows the company to offer near-instant deposits and withdrawals, as well as access to markets from a broad range of countries.

This doesn’t come without its own challenges, however, particularly in an industry that has been plagued by cryptocurrency hacks.

“Security is our top priority. We use the most tested and secure wallet architecture, which includes cold/hot wallet segregation. We keep 98% of customer funds in cold offline wallets, out of reach from attackers. Hot wallets are used to process withdrawals quickly. They’re protected with state of the art security and insured against theft.”

As a Swiss company, WCX is obliged to comply with KYC laws which mandate that the company collect information about its customers before they’re allowed to deposit. The platform also employs industry-leading trade activity monitoring systems to detect and report suspicious transactions.

“The feedback we’re receiving from our users is incredibly positive. They love how easy it is to get started, and how fast and fluid the entire experience feels. We think stock trading with BTC is a new use case for Bitcoin, and it’s here to stay.”

Data tracked by Delphi Digital has disclosed that GBTC shares relative to the underlying cryptocurrency held in the fund have had their discount widened to 36.2% on September 30.