Bitcoin exchange Coinbase has published an article, uncovering the key developments and trends in the cryptocurrency market during H1 of 2015.

As the first half of 2015 has already passed, Coinbase presented an overview, which focused on the main trends within the bitcoin market this year. In general, the first six months have been quite positive for the most popular digital currency.

The bitcoin price became more stable now, following its third bubble, when the price escalated 50x in 2013. Its value surpassed $1,200 per bitcoin in late 2013, thus reaching its highest mark. 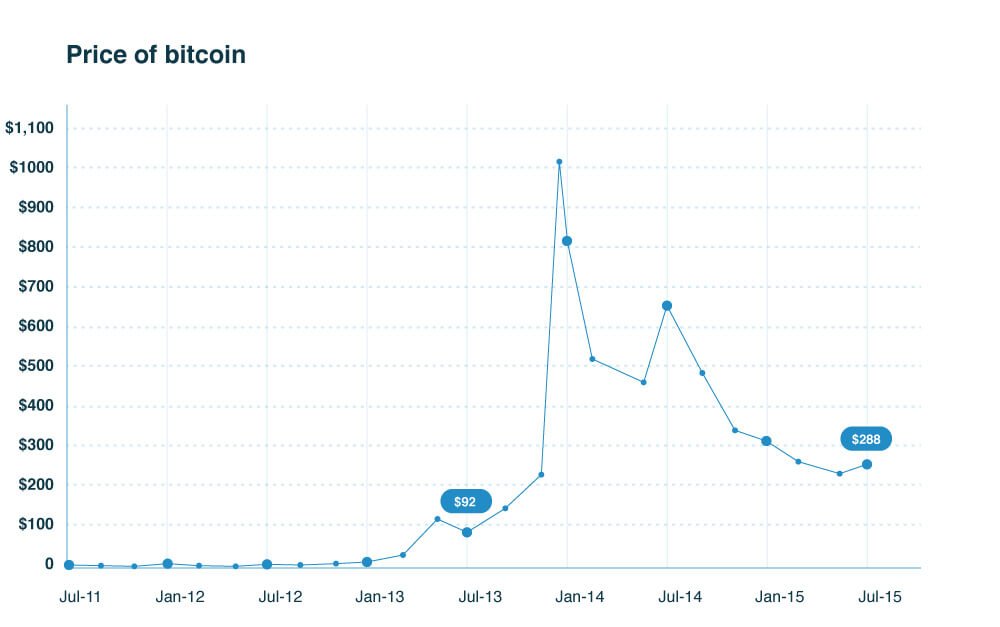 As of July 13, the price of bitcoin dropped by 9% since the start of the current year. However, its value increased by more than 213% within a two year period.

Since January 2015, the volatility of bitcoin has been slowly decreasing and now totals about 60%. In comparison with the last year, the market was much more volatile, with fluctuations bouncing between 100% and 140%.

The increased stability is attributed to the launch of several bitcoin exchanges in the US, what brought more investors to the market.

Meantime, the adoption of digital currency is showing steady growth all over the world. In general, there are about 5-10 million cryptocurrency wallet users worldwide. With 3.1 million registered wallets, Coinbase has about 2.4 million users globally.

The overall number of transactions in virtual currency is on an upward trend now. As of June 2014, the bitcoin network recorded 60,590 transactions per day, while in June 2015 this number rose by 56,884, reaching 117,474. That is a 94% hike in monthly transactions over the last year. 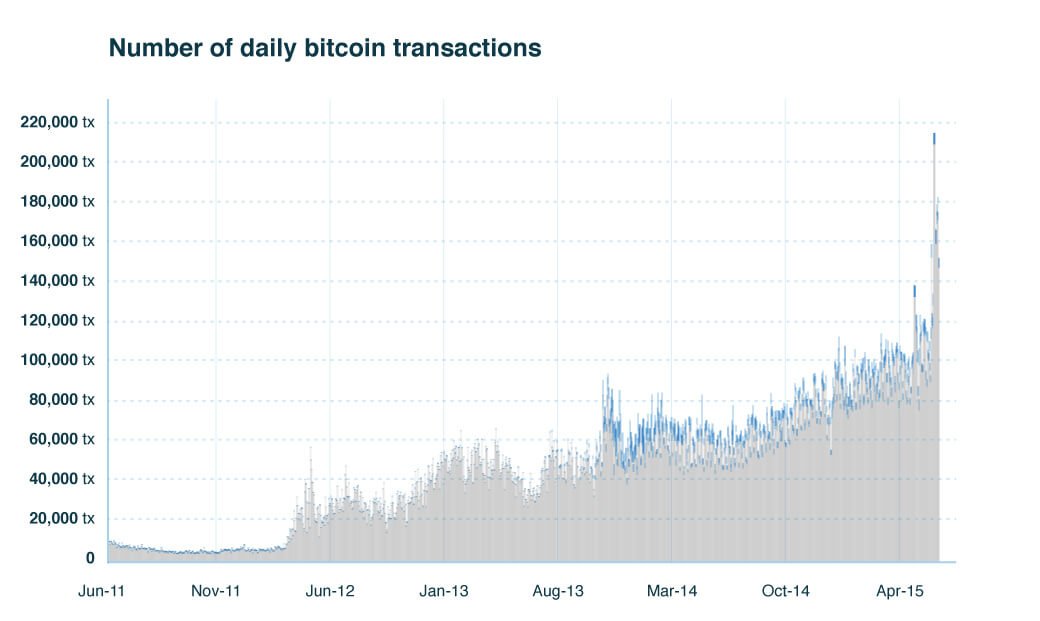 Coinbase supports bitcoin wallets in more than 190 countries and allows trading digital currency in 25 countries. Besides, its web and mobile apps are available in 7 languages. Nowadays, 47% of the company’s wallet holders are located outside the US. During H1 of 2015, the largest rate of user growth was registered in such countries, as Tunisia, Romania, Hong Kong, Algeria and Philippines.

What concerns the age of cryptocurrency users, it is considered that bitcoin is mainly adopted by young people. However, the statistics shows that nearly 34% of Coinbase wallet owners are people over 35. About 37,78% of users are between 25 and 35 years, while those aged 35-45 hold the share of 18,35%.

Over the first six month of 2015, the interest of developers in virtual currency has significantly increased. Currently, there are over 7,000 applications that have been built by bitcoin developers using Coinbase API.

Such apps as Zapchain, ChangeTip and Lawnmower have already gained traction with the exchange’s users. There are also several bitcoin startups, including Blockstream, Abra, Streamium, Augur and 21, that launched beta versions of their products.

In H1 of 2015, the number of Github repositories referencing bitcoin totaled 6,109, whilst there were only 2,318 repositories mentioning Paypal.

According to predictions for H2 of 2015, the bitcoin adoption will continue growing. Many financial institutions are examining bitcoin and some have invested in blockchain technology.

Taking into account the disadvantages of closed banking systems and issues with data security, more people start using the cryptocurrency as a secure alternative currency. Besides, bitcoin venture capital investment is anticipated to grow.

The Coinbase stock has rallied by more than 142% year-to-date as of Thursday’s closing. Stocks of several crypto firms witnessed a healthy recovery last month.

Coinbase recently saw a dismissal of a class action suit brought against it by three aggrieved customers early last year.