On Thursday, November 7th, the Bitcoin is slightly declining, trading around $9288.50. The leading cryptocurrency has clearly entered a flat, inside which the market will be waiting for some more or less important news and strong catalysts.

On W1, the Bitcoin is trying to secure above the resistance line it has overcome. This might mean that the market players are waiting for yet another impulse of growth to the local resistance at $11321.00. However, growth to the main peak at $13857,20 in neither excluded.

On the MACD, the histogram is still in the “red zone”, while on the Stochastic, there is a Black Cross forming in the overbought area. These two signals together hint on the strength of the bears. An escape from the “red zone” and the emergence of a green histogram will become the first signs of the bulls’ dominance on the market. in the short term. 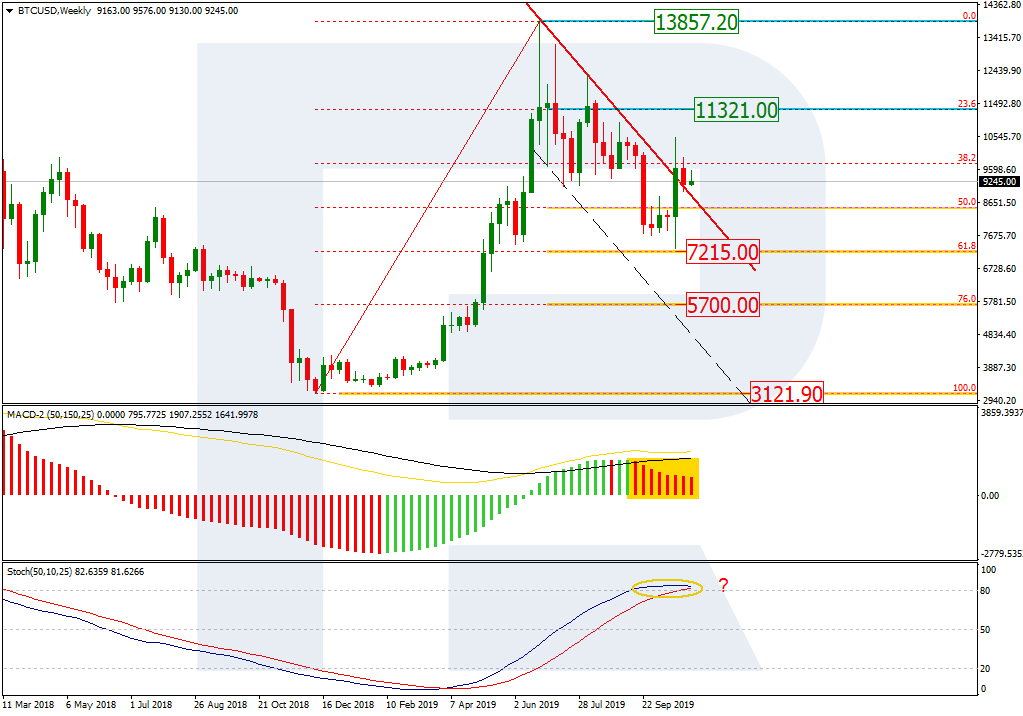 On D1, the BTC/USD quotations demonstrate an impulse of growth, correcting the previous downtrend and convergence. The growth to 50.0% Fibo ($10578.00) ended up in a pullback. The correctional dynamics of the last few weeks reveals the probability of a decline to $8500.00 (broken away before), where the quotations may perform a test and secure.

On the MACD, regardless of the previous convergence, a Golden Cross has not formed yet. The indicator lines are still aimed downwards, which supports the idea of the upcoming short-time decline. 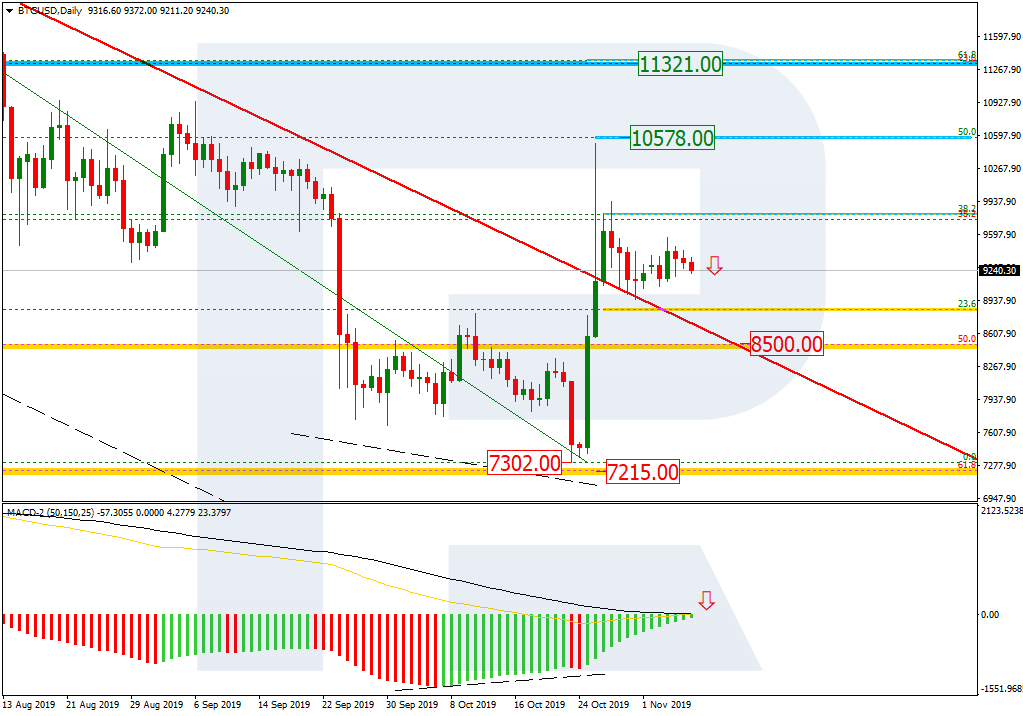 On H4, we can see a detailed picture of a short-term correction in the shape of a Triangle. The correction is aimed at 50.0% ($8913.00) and 61.8% ($8532.00) Fibo. The end of the correction may be signaled by a breakaway of the upper border of the triangular channel and a Gold Cross on the Stochastic in the oversold area. 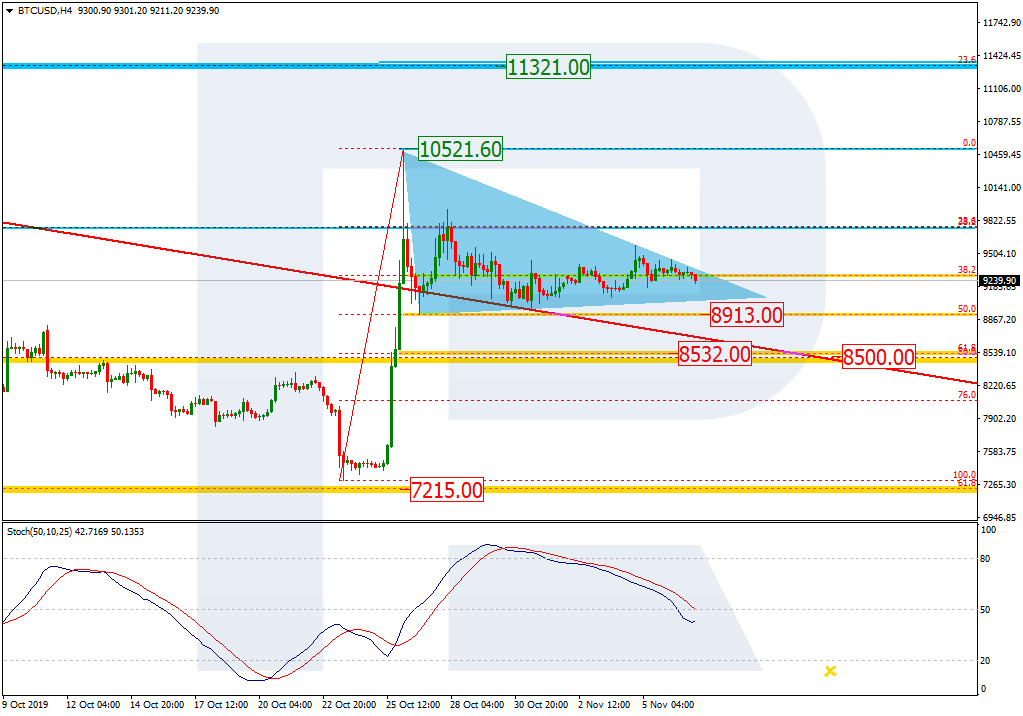 According to Josh Riddett, director-general of Easy Crypto Hunter, investors are likely to put their money into cryptocurrencies during the crisis connected to the process of Great Britain exiting the EU. The first and the main cryptocurrency that will benefit from this will be the BTC.

Riddett thinks that the stress connected to Brexit among other things will help the world of money transit to a new stage of development: the same thing happened when people started preferring credit cards to cash and cheques. After Brexit, which will happen on January 31st, 2020, the British will augment interest to the cryptocurrency.

The National Development and Reform Commission of China renewed the list of unrecommended branches and types of activities. Mining was excluded though earlier this activity had not been considered desirable and necessary as it, presumably, could hinder the development of the country.

The fact that mining was abruptly excluded from this list is good for the crypto market in general as the Chinese niche is quite capacious.