Last week, while speaking at the Politburo Committee session, Chinese President Xi Jinping asked the country to double-down its efforts in the blockchain space. Xi said that having a strong foundation in blockchain technology, China should accelerate its blockchain development across multiple sectors like poverty alleviation, public services, healthcare, and others.

Xi’s statements have caused a stir in the overall cryptocurrency with Chinese projects seeing a massive surge on Sunday, October 27. Chinese crypto projects saw a massive surge by a whopping 40-90% on Sunday as the crypto community was quick to react on Xi positive statements.

Projects like Nebulas, Ontology, GX Chain, Qtum saw the maximum rise while Bytom stole the show gaining over 100% gains. We already know that China has introduced a complete ban on public cryptocurrencies in 2017. Hence it is difficult to comprehend that Xi’s statements had any actual impact on the crypto market. 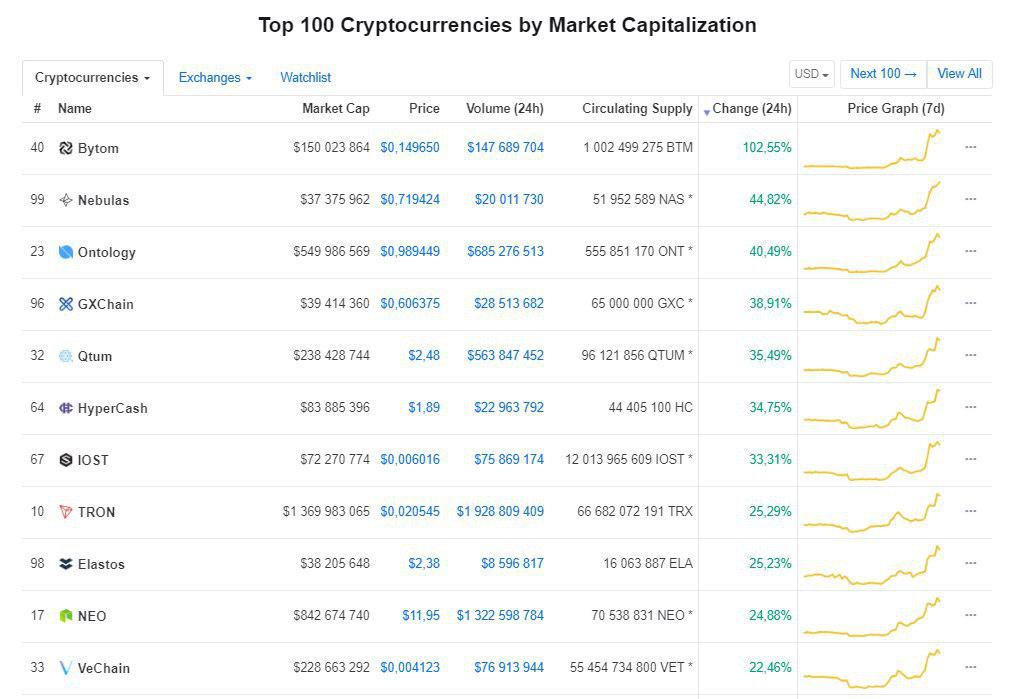 Although China has banned digital currencies within its boundaries, its central bank PBoC is aggressively working on a central bank digital currency (CBDC) plan. China’s CBDC ambitions grew after Facebook announced its Libra cryptocurrency earlier this year in June 2019. Chinese government officials say that its CBDC move is to counter any external threat to its financial stability.

To accommodate its CBDC, the Chinese government has passed a new cryptography law that will come into effect since January 2020. The agreement to pass this law came just within 24-hours after President Jinping spoke about blockchain adoption last week.

The law aims to regulate the cryptocurrency market in China while still keeping absolute control in the hands of the Chinese state.

The Federal Trade Commission (FTC) sued Meta last July claiming the company wanted to buy its way to the top in an anti-competitive manner.

TikTok representative Brooke Oberwetter said the company is willing to correct any misapprehension.