Internationally acclaimed artist Daniel Arsham uses trailblazing NFT minting platform CXIP to mint his new NFT collection to be listed on Nifty Gateway, a premier NFT marketplace on 12/22 at 7:00 PM EST. It marks the first time that Nifty Gateway will issue NFTs minted by CXIP, the best-in-class NFT minting technology used by creators and businesses, known for coining the term MaaS (“Minting as a Service”).

“Nifty Gateway is a pioneering marketplace in the NFT space and continues to take strides in advancing their creator-first mission. Their landmark decision to use CXIP’s NFT minting is a major step forward towards empowering Web3 creators to have true creative ownership, cross-market royalties, and on-chain provenance.”

CXIP (pronounced “chip”) is a universal NFT minting software interoperable with all major NFT marketplaces that empowers creators to have true creative ownership and cross-market royalties. With the leadership of CXIP Founder and CEO Jeff Gluck and renowned artist and Chief Brand Officer Daniel Arsham, CXIP is the most trusted NFT minting solution for all creators and businesses, assuring guaranteed on-chain asset provenance, identity, and security, combined with other major NFT minting enhancements including a first-of-its-kind advanced royalty mechanics enabling creators to collect resale royalties across all secondary marketplaces.

“I’m excited to partner with groundbreaking platform CXIP as minter of my latest series of NFTs, Eroding and Reforming Digital Sculptures: Cars. In keeping with my other works, both physical and digital which operate on different time scales, these works use the time of specific rallies as their clocks, imagining a scenario at a well known race which may exist in the past, present, or future.  I look forward to the evolution of the work CXIP and I will do together.”

Daniel Arsham’s uchronic aesthetic revolves around his concept of fictional archaeology. Working in sculpture, architecture, drawing and film, he creates and crystallizes ambiguous in-between spaces or situations, and further stages what he refers to as future relics of the present. This is the first time that a CXIP-minted NFT will launch on Nifty Gateway, one of the most successful marketplaces for NFTs. This past May, Arsham launched his first NFT with Nifty, Eroding and Reforming Bust of Rome (One Year) – a digital version of a sculpture from his most recent exhibition at Galerie Perrotin in New York that erodes over time.

“Daniel is one of the greatest artists of our time. NFTs are a medium of their own, and he makes excellent use of them as a medium. We are thrilled to be a trusted collaborator on this groundbreaking project, as well as leverage CXIP’s innovative minting software to issue NFTs for the first time on our marketplace.”

This series of (3) Eroding and Reforming Digital Car sculptures complete their erosion cycles based on specific race times upon which they begin to reform every:

The launch of this NFT with Arsham and Nifty Gateway comes on the heels of a major new development for CXIP: On Tuesday, November 16, the technology company announced the CXIP DAO, the world’s largest coalition of NFT creators. Accordingly, every creator who has ever minted an NFT with Ethereum L1 will be able to claim CXIP’s upcoming airdrop and join the CXIP DAO. To help guide this process, an advisory council has been established composed of leading artists and advocates; including Pharrell Williams, Jen Stark, Daniel Arsham, Chad Knight, and Justin Aversano. 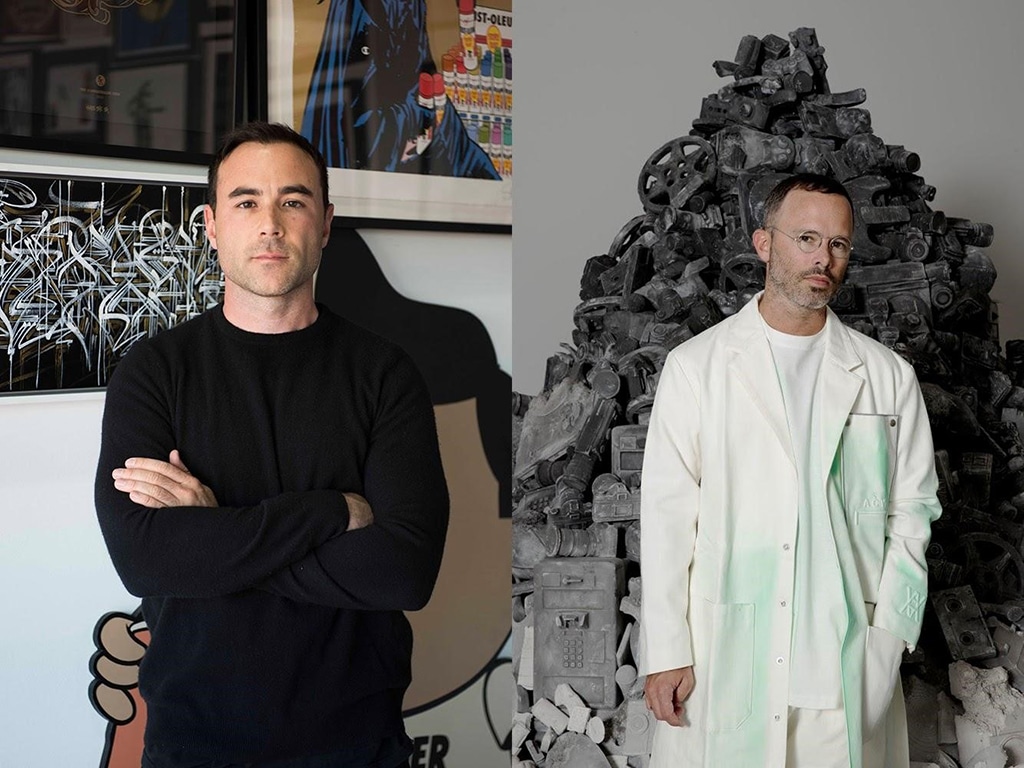 Daniel Arsham is a contemporary American visual artist who works across art, architecture, and performance. His work has been shown in museums and institutions worldwide, including MoMA PS1 and the New Museum, New York among others. He is the subject of a solo exhibition at Musée Guimet in Paris, and a forthcoming solo show at UCCA Dune in July 2021. Arsham’s work was also recently included in The National Gallery of Victoria’s NGV Triennial 2020.

Since 2013, Daniel has developed a highly successful edition practice with global reach, becoming one of the key leaders in this space. His releases often sell out immediately, resulting in exponential secondary market results on StockX and at auction houses such as Sotheby’s. Arsham has also collaborated with the likes of Adidas, Dior, Pharrell Williams and Pokémon. In 2020, Arsham was named Creative Director of the NBA Cleveland Cavaliers.

CXIP is the most trusted NFT minting software for creators and marketplaces, empowering all NFT market participants to seamlessly integrate its best-in-class minting solution. With a ‘marketplace agnostic’ approach, CXIP provides easy no-code NFT minting for creators, and is planning API integrations with major NFT marketplaces and Fortune 500 companies. The security and authentication measures are combined with other major innovations including borderless cross-market royalty collection, automated creator-owned smart contracts, and carbon offsetting tools.

CXIP is founded by Jeff Gluck, who for the past decade has been at the forefront of contemporary intellectual property law in the fields of art and fashion, helping artists, designers, and content creators protect their livelihoods. Gluck is the lawyer that creators have gone to for protecting and enforcing their intellectual property rights. Operating with a team of seasoned intellectual property litigators, Gluck has recovered millions for infringement victims and has successfully resolved several landmark artists’ rights cases. CXIP is the next endeavor by Gluck, harnessing Web3 technology to further expand artists’ rights.

Nifty Gateway is an all-in-one platform that makes it easy to buy, sell, and store digital art and collectibles, otherwise known as Nifties (or NFTs). Nifty Gateway was founded by Duncan and Griffin Cock Foster in 2018, and acquired by Gemini in 2019, with the belief that crypto networks and the blockchain have the power to fundamentally change the art world by creating greater choice, independence, and opportunity for artists, creators, and collectors.