On Tuesday the 13th September, the latest inflation figures were released in the US. This data was hotly anticipated ahead of the Fed’s meeting on the 21st of September and was the last chance for rates to see a softer hike. The data was less than favorable and showed that the CPI increased by 0.1% from the previous month: not the result markets hoped for.

This led to a fall in both the stock market and its increasingly correlated sibling, the crypto market. One token that took a significant hit was Decentraland (MANA), while another, Chronoly.io (CRNO), is staying resilient.

Let’s look at exactly what happened with MANA before examining why CRNO is doing so well right now.

Decentraland (MANA) is one of the world’s leading Metaverse tokens. Decentraland is a virtual world that puts digital ownership first. Users can buy and sell digital real estate, create experiences, infinitely customize their avatars, and more. Metaverse tokens are some of the most speculative out there; buying MANA is placing a big bet on the future of the economy, the Metaverse, and Decentraland’s own fundamentals.

That’s why MANA can struggle to see significant bullish price action, particularly when the market sees a downturn. On the 13th, the poor inflation data mentioned caused MANA to drop almost -8% in one day. This follows plenty of bearish price action, which has plagued MANA since the overall crypto market tumble back in May/June.

Given the speculative nature of Decentraland as a whole, this comes as no surprise. More often than not, investors will dump their most risky tokens, like MANA, in times of panic. After the release, MANA fell from $0.7965 to $0.7554 within an hour; a -5.16% drop. Now, MANA trades for $0.72. It would be reasonable to expect further declines as the weeks progress.

Chronoly.io (CRNO) Has Only Risen

Chronoly.io (CRNO) has seen money pouring into its token, CRNO, as investors seek a safe place to invest amid inflationary concerns. It’s already up 690% on May’s price of $0.01, currently trading for $0.079, and prices are expected to climb significantly higher in the coming months.

Chronoly.io (CRNO) is aiming to change the luxury watch game for good. The fantastic development team behind Chronoly.io (CRNO) has devised a way for the average investor to invest in luxury watches for as little as $10. They’ve minted a selection of luxury watch NFTs that can be broken down into fractions and traded on their proprietary platform – with well-known brands like Rolex, Audemars Piguet, and Patek Phillipe already on the list.

The reason so many investors have flooded in already is because of the inflation-resistant attributes of luxury watches, which has long been a secret used by the rich and powerful to protect their wealth in times of high interest rates and soaring inflation. This incredible disruption is forecasted to be one of the biggest game changers in the luxury watch market, and now could be your chance to get in early.

Presale finishes at the end of September, and it’s expected that CRNO will only increase in value from here. Experts predict that tokens could launch into general sale at anywhere between $0.50 and $1 – a whopping 500% to 1200% increase over the coming weeks! 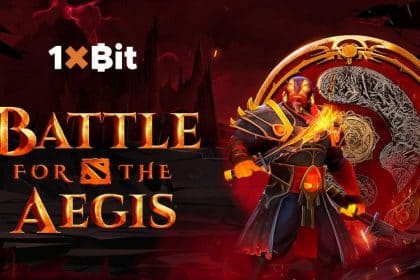