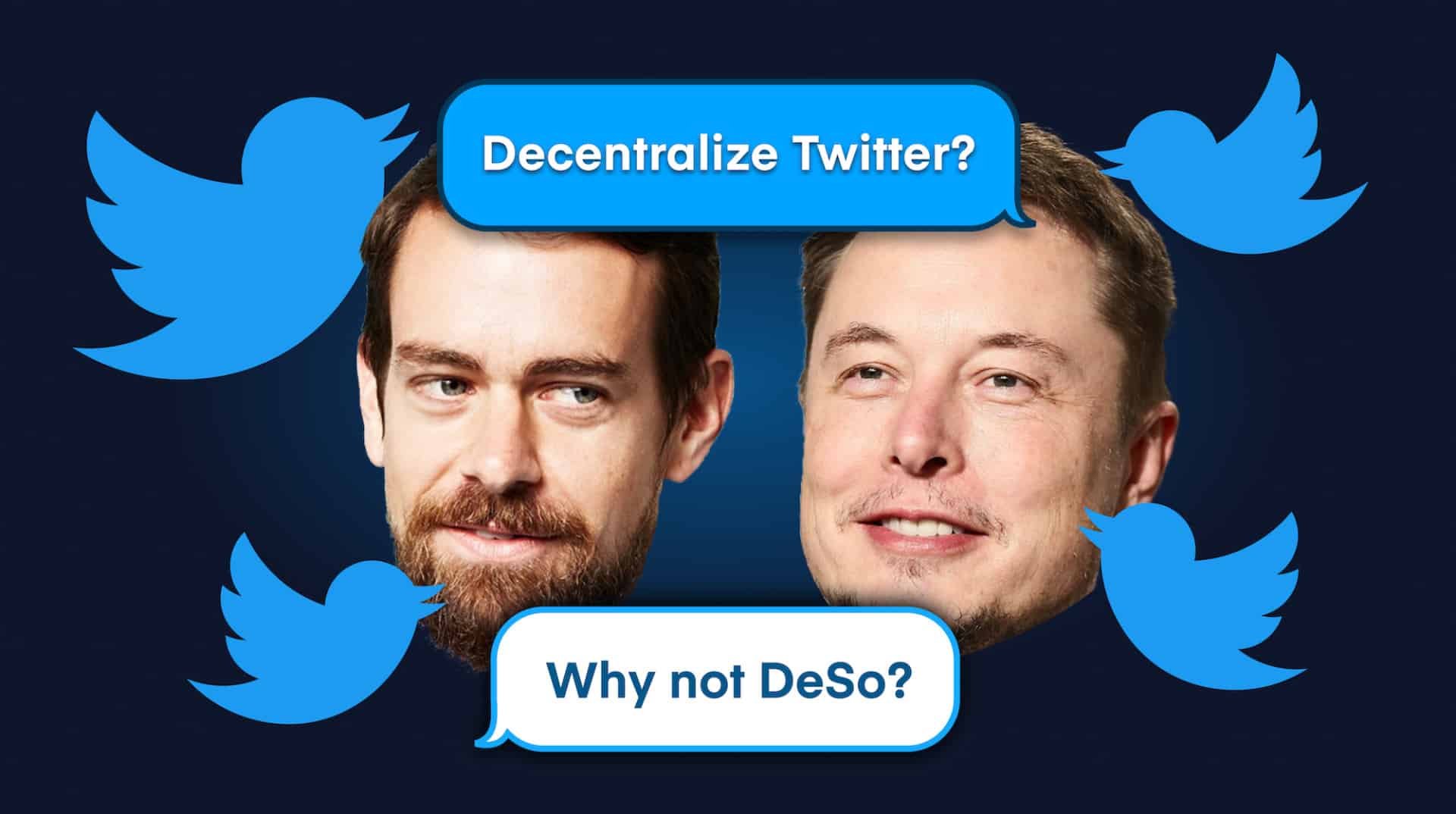 The DeSo Foundation announces the release of their ambitious roadmap to decentralize social media and build The Social Layer of Web3.

Milestones on the roadmap will be executed over the next 2 quarters to solve the major problem with social media today.

“Most people don’t realize that social media is more centralized than the financial system was when Bitcoin was invented. Only a handful of companies currently control what we see and do online. We can solve this problem by decentralizing social media and storing all content on a blockchain.” said Nader Al-Naji, the founder of DeSo.

The roadmap release comes as new messages emerge between Elon Musk and Jack Dorsey, showing his idea for a blockchain-based social media protocol that does payments and short text messages.

The two billionaire entrepreneurs discussed how Twitter would be better off as an open-source protocol funded by a foundation instead of a company. Dorsey expressed regret over making Twitter a company calling it an “original sin.”

The foundation’s role in an open-source blockchain-based social network would be to finance and advance its development.Elon Musk called it a “super interesting idea” and offered to help. However, once Dorsey failed in his attempt to get Musk on the Twitter board, he eventually left the company.

Additionally, there was a conversation between Elon Musk and Sam Bankman-Fried, founder of FTX, about making a blockchain Twitter or buying Twitter outright.

However, this may not be necessary considering the DeSo foundations roadmap and the apps emerging from its ecosystem.

DeSo released the first milestone on their roadmap with their MetaMask integration, which went live last week. It allows millions of Ethereum users to log in to DeSo with one click. They also plan to add more cross-chain communication bridges between ecosystems, including Solanas Phantom wallet. Other potential integrations include Cardano and NEAR.

A hackathon at a major Ivy League Institution where students can compete to build the next great decentralized social network is also in the works.

The above is expected to be completed by Q4, along with a critical COO hire to help scale business and marketing operations.

Many experts expect decentralized social media to be the next huge market opportunity, which top crypto research firms have assessed. DeSo ranked first in Messari’s seven other crypto trends analysis due to the overall addressable market.

In the next decade, social media is predicted to attract 6 billion users and be worth trillions. A blockchain-based social network would highly appeal to the 50 million creators in today’s economy who are always looking for new platforms; the creator economy is currently valued at $100 billion.

DeSo has several social media apps emerging from its ecosystem that appeal directly to the creator economy, including a blockchain-based Twitter app where people can monetize with diamonds.

DeSo is a new layer-1 blockchain built from the ground up to decentralize social media and scale storage-heavy applications to billions of users. They raised $200 million and are backed by Sequoia, Andreessen Horowitz, Coinbase Ventures, Social Capital, Polychain Capital, Winkelvoss Capital, Pantera, and others.