Elon Musk has been trolling the crypto community many times already. Now he says that Dogecoin is the best cryptocurrency.

Elon Musk has been tweeting about different cryptocurrencies for several years so far, mentioning Ethereum and Litecoin. Other coins are not the ones he like, but to make it without clear judgment, he seems like love Dogecoin. One was invented just for fun, the developers didn’t think that the community will make the coin grow.

Not only the community supported the network, they made it to the top crypto lists. Recently, Musk made a double reference to the famous Polish The Wither series and to the Doge. He tweeted: ”Throw a dogecoin to ur witcher” and then deleted the post. The Witcher saga was written by Andrzej Sapkowski, a famous writer who has dozens of recognizable works about love, battles, harsh choices, mutants and charming women.

On March 3, Elon tweeted ‘Dogs rock’, and then added that ‘dogs have the best coin‘. On the picture with the meme, we can see a beautiful white dog. This is a reference to the Dogecoin logo, which is a beautiful yellow dog called Shiba Inu. Also, Musk was tweeting that cryptocurrency is his safe word. However, Bitcoin is not his safe word.

Previously, Musk said that Bitcoin is a pretty convenient tool when it comes to committing a crime. If you cannot use cash in doing some bad thing, then Bitcoin can help out. However, Bitcoin does not attract a major audience.

People either don’t want to learn something so shady or don’t have time for that. In most of the cases, people who appear on the cryptocurrency side are some kind of very important outsiders. They have no interest in their local dramas, politics or economics. They think globally, and apply knowledge to make this world a better place. 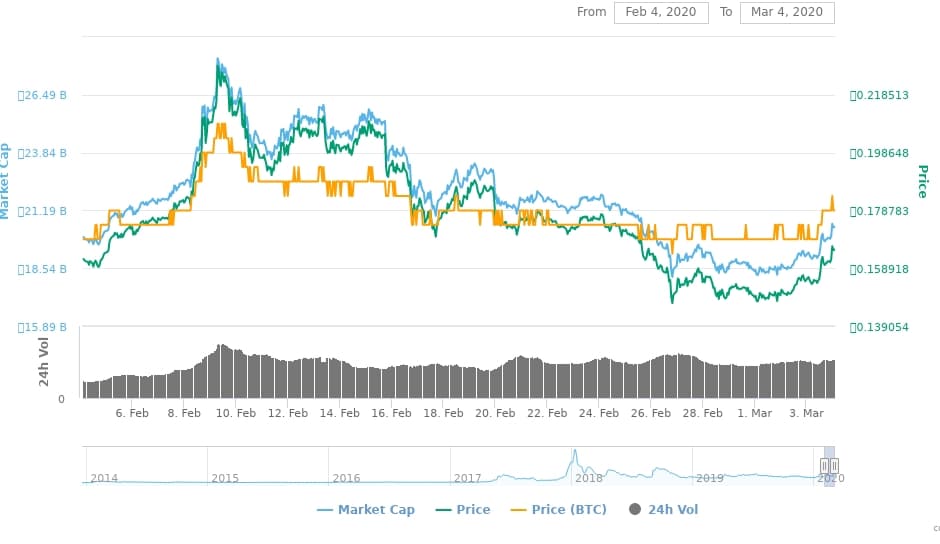 Previously, in April 2019 he tweeted that DOGE might be his favorite cryptocurrency. He also stated that it is ‘pretty cool’. Also, Musk won elections to become the ‘CEO of Dogecoin’. All as a joke, but Vitalik Buterin, together with Charlie Lee, lost the competition to Elon. Interestingly, both have their crypto coin, while Elon doesn’t have one.

Maybe, Dogecoin is indeed his invention, but he is shy to tell us all about it? Right now, as Dogecoin’s price has started rising, some investors might be’ thinking the same direction Jackson Palmer thinks when luring Musk into fighting the Twitter scum.

Spambot hunt is typically the competition for cryptocurrency journalists or developers. Sometimes, the level of spam rises unexpectedly high. You must climb up the rocks to deliver the information to the public, swimming in the ocean of stupid info.

Spambot hunt brings a ton of fun even if the only thing you do – is moving away from the sick spam bots using Jackson Palmer’s magical script. From the conversations between Palmer and Musk, they’re friends of a sort. They write short, kick-ass content and conquer the public with ease.

Bill Gates recently said Elon Musk looking to colonize Mars does not paint him in the best philanthropic light.