Bitcoin price seems to be preparing for more upsides above the $13,200 level. In the short term, there could be a downside correction, but the bulls are likely to defend the $12,800 or $12,600 support area in the coming sessions.

The New York Federal Reserve’s probability model, which predicts the probability of a US recession in the next 12 months, delivered a reading of 32.9% for June. It seems that we have tough time ahead – but not the Bitcoin.

Let’s not forget that the US Treasury yield curve officially closed the second quarter of 2019 inverted. This means that for an entire quarter, investors were given higher returns on short term bonds, rather than long term bonds. This has been the leading indicator of an impending recession over the last 50 years (has happened 7 times) and there has not been a false positive over that time period.

The top cryptocurrency by market cap, meanwhile, was $12,995.25 at the time of writing and kept growing by the 3.4 percent rate. In that way, it disproves a bearish lower highs pattern created on July 4. This latest breakout looks pretty much well-grounded, as Bitcoin’s dominance rate has ticked up to 64 percent, the highest level since April 2017, according to CoinMarketCap.

The monthly close is still a few weeks away but you can't deny the bullishness if Bitcoin can close above the previous ATH close at $13,863

On high-time frames it will be clear skies with no price history resistance overhead, only support

Naeem Aslam, a chief market analyst with ThinkMarkets FX, said that Bitcoin’s spike above $10,000 on June 21 sent a strong signal to average retail investors that Bitcoin was back. It was the first time Bitcoin eclipsed the $10,000 level since March 2018.

On the other hand, Lennon Sweeting, director of institutional trading with Coinsquare Capital Markets, said the recent surge also led to the drop we had previous week. What happened, he says, is that larger investors looked to quickly cash in on the violent short-term moves. He said:

“There are some key players who hold a lot of bitcoin and can rattle the market.” 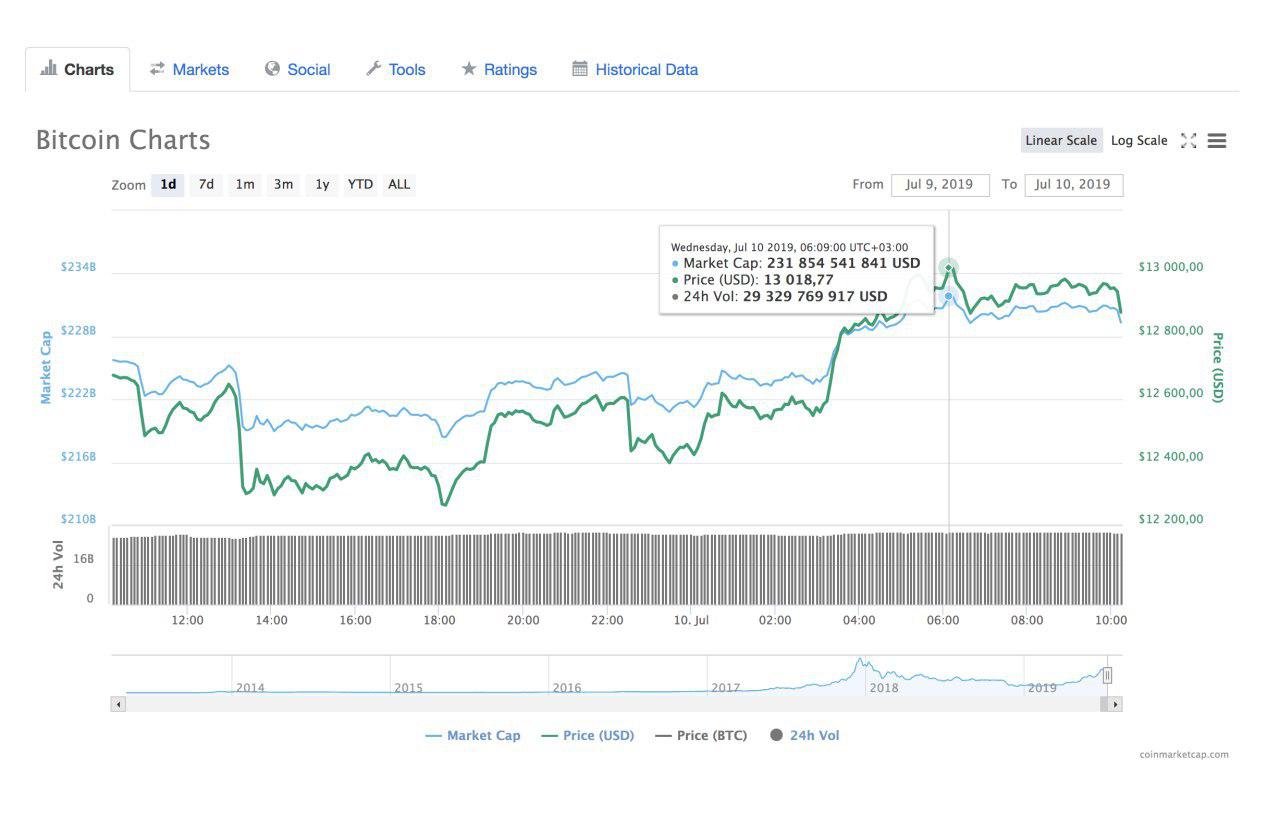 Price seems to be preparing for more upsides above the $13,200 level. In the short term, there could be a downside correction, but the bulls are likely to defend the $12,800 or $12,600 support area in the coming sessions.

Max Keiser says that he was the first who said that BTC will go to $100,000 when the cryptocurrency was trading at just US$1.00. He tweeted:

Trader and Bitcoin proponent Anthony Pompliano reinforced his Bitcoin price prediction of $100,000 by the end of 2021. Speaking at “The Ticker” he said that he thinks the important thing to remember about Bitcoin is it’s a fixed supply asset “and so supply and demand economics apply and so if there’s an increase in demand, you’re going to see price move up,” said Pompliano. He added:

“I think that by the end of 2021 we’ll see it eclipse $100,000 and really that’s just driven by more institutional interest and then also a lot more global instability that we’re seeing in the early days today.”

Let’s just mention that recently, Bitcoin mining difficulty – a measure of how hard it is to compete for mining rewards on the world’s first blockchain network – has posted its largest two-week increase in 12 months. As per BTC.com,  mining difficulty reached 9.06 trillion at block height 584,640 on July 9, surpassing the previous record of 7.93 T by 14.23 percent. This was the strongest growth in any two-week period since August 2018 – a sign that competition among miners is not only intensifying but doing so at an accelerated rate.