Read and find why Ripple’s XRP could probably attract huge institutional negotiators and be a favorite for crypto investors worldwide.

The native token that runs the Ripple network is XRP, which can be denoted as the fuel that powers Ripple. Ripple’s XRP trades on more than 100 markets and crypto exchanges across the globe.

Right now, XRP is the 3rd-largest cryptocurrency per market capitalization behind Bitcoin and Ethereum. The Ripple transaction protocol is a real-time payment system that allows funds to be exchanged instantly and efficiently between individuals regardless of their locations or banks.

It is evident that the gap between XRP and the two frontrunners is pretty vast, as BTC and ETH process considerably more economic activity than Ripple at the moment. But still, aside from all the backlashes, the coin has encountered in the past few months, the team at Agora Dest decided to keep a closer look at the coin’s future projections. After conducting intensive research, Ripple’s XRP portrayed a huge potential of having a lot more transactions in the next few months.

Why XRP is More and More Attractive for Financial Institutions

In the dawn of a new decade, events of 2020 can almost be described as a roller coaster with an endless vertical Loop. That’s because everything seems to be upside down and rolling down the rails fast. From the US-Iran feud to Australia fires and floods to now, the coronavirus pandemic, it was only a matter of time before all these misfortunes were reflected in the global markets.

On February 20, Stock markets exhibited high rates of volatility, and a few days later (Feb 24th-Feb 28th), all the major indices (Dow Jones, NASDAQ, and S&P 500 ) experienced large swings of declines to low figures recorded since the great recession in 2008.

Despite being branded as the most unreliable and volatile markets, the crypto markets managed to hold on. However, that didn’t last long as from March 12, the price of bitcoin and most of the altcoins dropped significantly.

Well, after going through a series of distorted price patterns, the crypto market seems to be stabilizing, and now (at the time of writing), BTC price is on a path of a Bull Run, a movement that has sparked the altcoins like Ripple’s XRP to follow suit.

The point in the case, Ripple is a different flavor of a crypto-ledger implementation that is geared towards servicing the banking and financial industries in facilitating fast, cheap cross-border payments and remittances across any given foreign currency.

Such technological innovation in the financial sector has important and potentially game-changing implications since frictionless transactions facilitate market efficiency in conditioning (near) perfect information.

Therefore, the Ripple network can be thought of as a likely candidate for the replacement of SWIFT, the network powering the global financial infrastructure that is presently in place across the globe.

The main advantage of Ripple is its on-demand liquidity tech (ODL), which was previously called xRapid. This tech allows an immediate provision of liquidity without the need for a central intermediate, which makes exchanges between two currencies much faster and efficient.

Currently, Ripple is working on a brand new negotiation platform for ODL. They are also working in collaboration with Ethereum, in order to improve the interoperability between the two currencies.

Ripple needed the deal with ETH because XRP isn’t able to execute intelligent contracts, which are a necessity for XRP to expand in the current financial markets fully.

During the last few months, the use of ODL has developed, with more and more financial institutions entering negotiations with XRP. In fact, Ripple recently confirmed it had signed over 200 banking and financial customer partnerships to its RippleNet global payments network.

MoneyGram has been one of these strategic partnerships serviced by the ODL liquidity provision instead of requiring the company to use pre-funded accounts across the globe to source liquidity.

Another remarkable addition is SBI holdings, a group of Japanese companies set to launch a virtual currency that Ripple partnered within 2018. SBI will use Ripple’s XRP as the only digital value supported within its system for making transactions between users in Japan and the rest of the world.

The more Ripple helps to reduce payment frictions, and the more diversified and effective the adoption of XRP as a comprehensive payment asset will become. Ripple has already concluded a deal with Bisto to expand its presence in the remittance corridor between the United States and Mexico.

Additionally, the Bank of America announced in October 2019 that they would work with Ripple to test distributed ledger technology on cross-border payments. Americans bought ripple

Ripple’s growing industry presence proves that there is high interest from the financial institutions to integrate their financial system with ODL tech. The project’s widespread acknowledgment is continuously boosting investors’ confidence in its bright future.

Will XRP Surge After Its Initial Public Offering (IPO)?

In a recent interview with the Wall Street Journal at Davos 2020, Ripple CEO Brad Garlinghouse pretty much-confirmed intentions to take the company public. So what does this mean for the future of XRP as an investment and tradable asset?

According to ex-eToro analyst Mati Greenspan, an IPO could allow Ripple to strengthen its position in regard to XRP.

“My feeling is that it would be positive. Additional funding for Ripple would mean less reason to sell off tokens”, he commented.

“It’s healthy, and awesome if/when it happens,” he tweeted on January 24, 2020, in the wake of Garlinghouse’s announcement.

When it comes to a really positive XRP price prediction, one of the most dependable analysts out there is Robert Art. He argued:

“XRP will deliver better returns than Bitcoin. Why? Bitcoin has 16 times the capital invested in it. Moving $8 billion to $80 billion is a lot easier than moving $140 billion to $1.4 trillion.”

Ripple’s XRP has often been considered unregistered securities and thus subject to future crackdowns from U.S regulators. The firm is still locked in a court case trying to establish the status of XRP, but no verdict has arrived as yet.

With an IPO on the table, XRP prices could well skyrocket if it is considered a commodity by the Securities and Exchange Commission (SEC).

Ripple’s XRP has had a dreadful 2019, dropping 47% over the year to end it at a 2-year low of $0.20. To worsen the situation, continued token manipulation by the company has infuriated investors to the stage that community leaders even proposed a hard fork.

Alex, co-founder of Agora Desk and Local Monero. Said has been a bit skeptical due to the fact that Ripple owns 60% of XRP by Ripple. But then, these hostile sentiments seem to have changed. This is because Ripple will have to share its balance sheets with institutional investors and the public after its IPO. This way, investors will get to know the finances behind the ongoing XRP sales.

When you look at the current trends and growing investor confidence prior to an imminent IPO, there could be a sustained upward move if the price clears the $0.2220 resistance zone, as shown by the chart below.

At the time of writing, XRP has broken above the overhead resistance at $0.18867. If the bulls can sustain the altcoin above this level, it will signal strength.

To sum up, XRP has a lot of potential as its system, upcoming IPO, and ever-growing partnerships will surely benefit them in the future. Having XRP involved in international transactions would be another huge step forward for the cryptocurrency world in general.

Ripple has managed to successfully introduce a beneficial and efficient avenue that solves important industry problems in real-time payments, as witnessed by it being widely adopted across the finance sector.

Looking ahead, the crypto-analysis team at Bitpremier, have concluded that there is the biggest potential for a huge rise in price for XRP in the near future. XRP is projected to have moderate price growth over the coming months, with the positive trend expected to prevail as Ripple continues to tighten its grip on the financial sector. 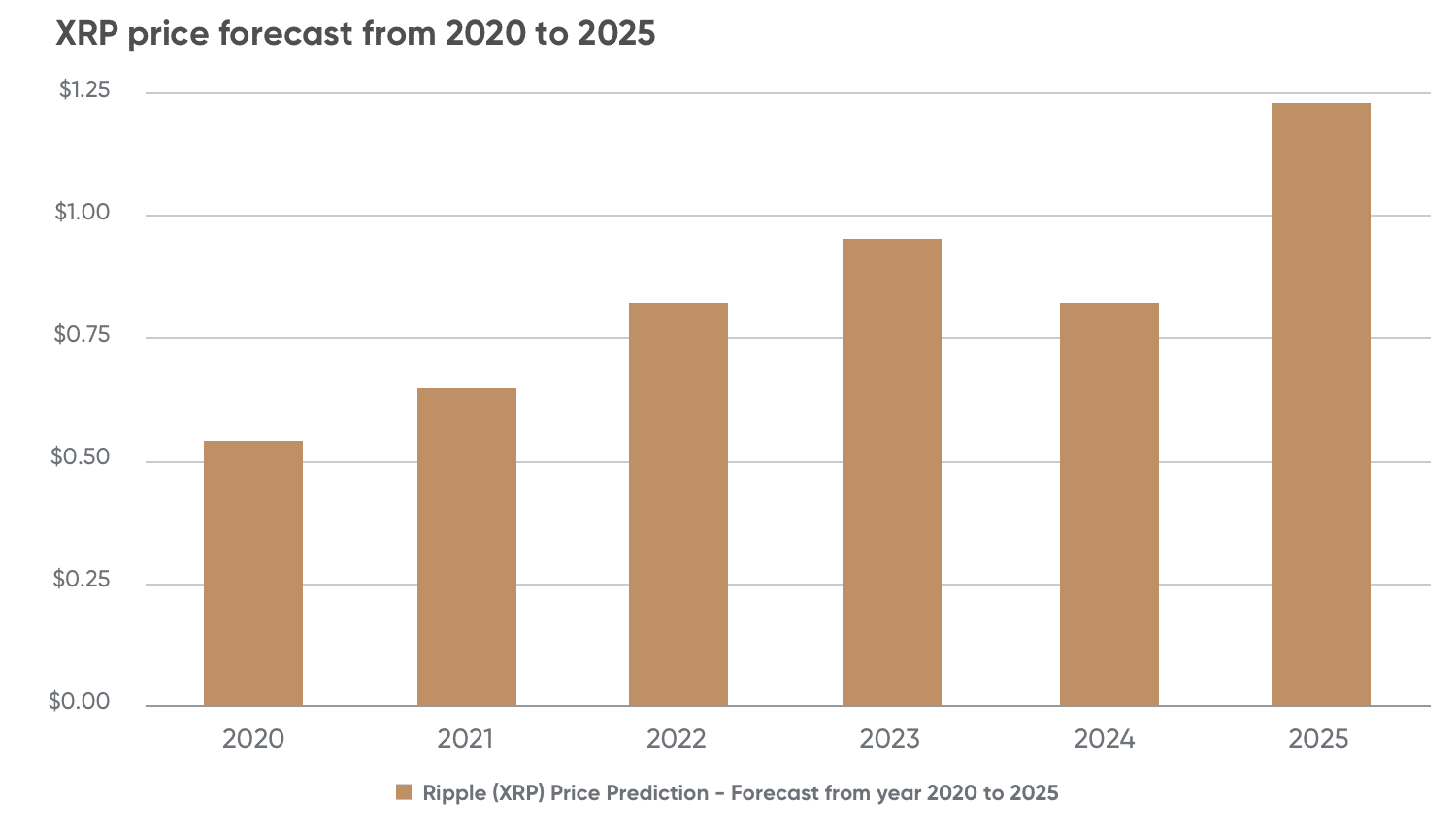 Once the SEC decision is made and XRP is classified as a commodity, we believe it will rocket in price. The decision will most certainly attract new investors, as well as strengthening the faith of current XRP holders.

Blockchain enthusiast and passionate crypto trader. Determined to make the complexity of the Crypto markets seem simple for ordinary folk.

Subscribe to our telegram channel. Join
Related Articles
Press Release XRP (XRP) and Litecoin (LTC) Are Promising Faster Payments but They Both Lack the Interoperability of Snowfall Protocol (SNW) and Its 1000x Profit Potential
By Kseniia Klichova January 25th, 2023

Recently, another news of a clone of XRP, called the RP Classic (XRPC), has grabbed the attention of several investors. Many crypto participants are not aware of the suspicious activities of the XRPC token.