The latest upgrade to the fastest and most advanced DEX aggregation protocol in the market.

As 1inch continues to work hard on offering users the best rates and the fastest trades, the team is thrilled to unveil version 3 of the 1inch Aggregation Protocol, which facilitates lower gas fees.

Transaction fees on Ethereum have risen and stayed high, making it difficult for users to justify regular transactions or smaller denominations of trades, stakes, and more. 1inch has always been at the forefront of providing features that the Web3 ecosystem needs, so the team built the 1inch Aggregation Protocol v3 to reduce transaction costs.

The main improvement in version 3 is the ability to substantially reduce gas fees thanks to assembly code optimization.

The feature applies to swaps using Uniswap v2 and its forks, such as Sushiswap, LuaSwap, etc. Previously, swaps on Uniswap v2 were cheaper than on 1inch, but now the opposite is true. Swapping ETH for DAI on 1inch, for example, requires 10.3% less gas than the same trade on Uniswap and 4.9% less than on 0x. 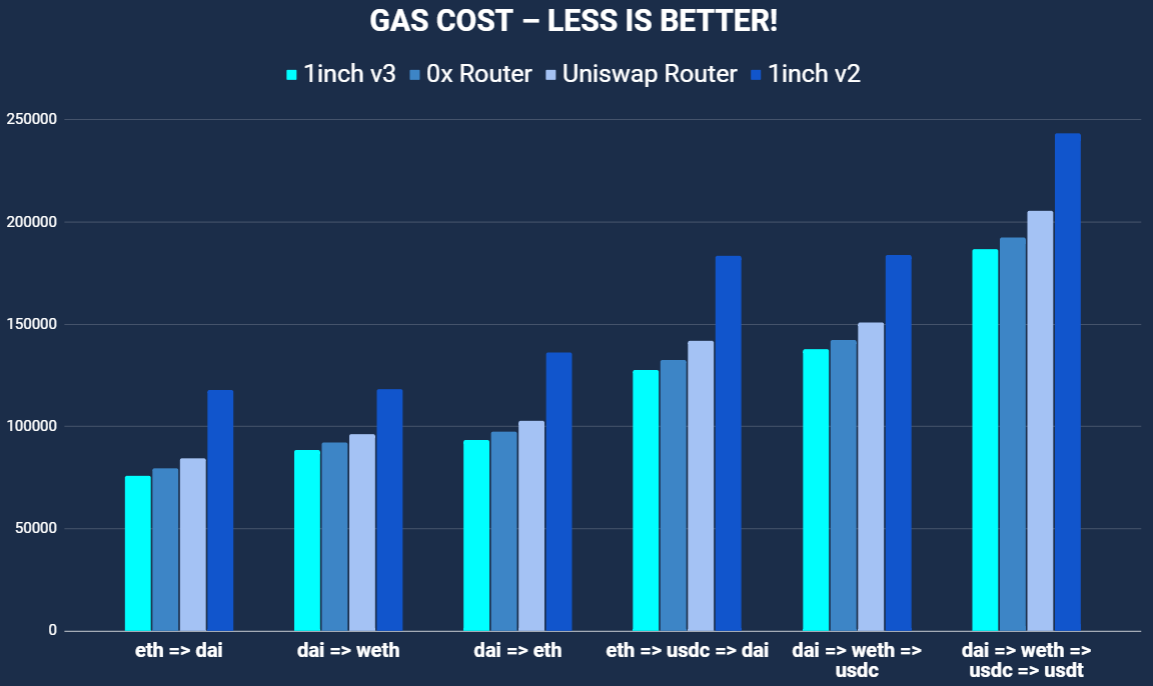 As you can see, it is now cheaper to swap tokens on 1inch than on Uniswap, as well as other popular protocols. Still, if a swap deal turns out to be more efficient using the 1inch’s traditional split across several paths, the latter is used.

More Available Liquidity than Ever Before 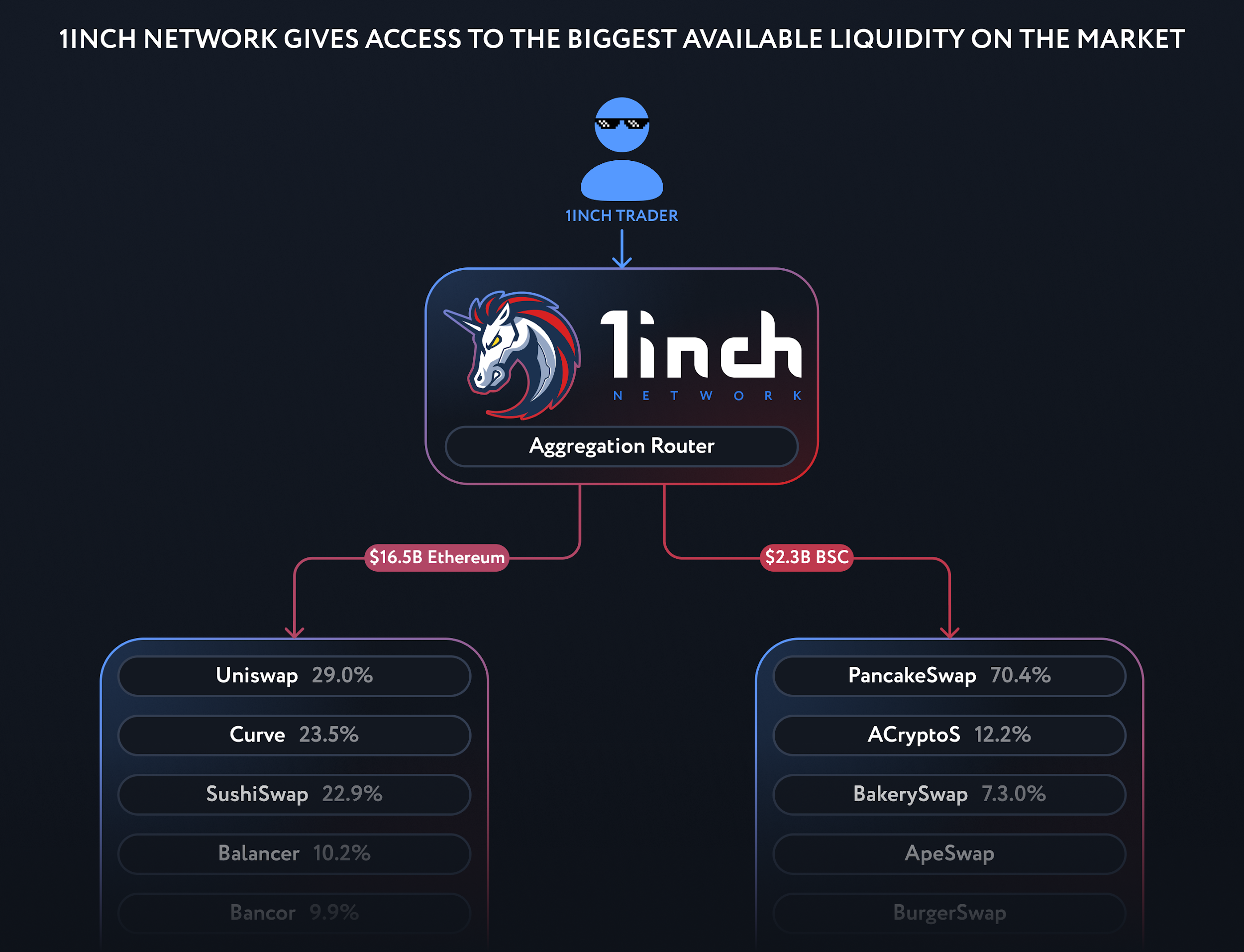 As Always Focused on Security

1inch is also known as one of the most secure solutions on the market, which is proven by the results of recent security audits.

Getting Started with v3

The 1inch team is excited to begin immediately offering the benefits of the 1inch Aggregation Protocol v3 to users. The decision to switch between the two protocol versions is up to the user, as it requires new approvals for each asset the user would want to trade and, consequently, additional gas costs. However, the protocol version is now set to v3 by default.

V2 will be deprecated, but the 1inch team still supports it for the immediate future, enabling users to switch between the two versions in the interface.

Enough prefaces, you just need to try v3 with all of its advantages right now!

1inch is a decentralized exchange aggregator that sources liquidity from various exchanges and is capable of splitting a single trade transaction across multiple DEXes. Smart contract technology empowers this aggregator enabling users to optimize and customize their trades. Launched in May 2019 by Sergej Kunz, CEO, and Anton Bukov, CTO, 1inch surpassed $25B in overall volume (live stats from Dune Analytics) in less than two years.

In November 2020, 1inch was updated to version 2 (intro video) which major highlights are Pathfinder, an API that contains a new discovery and routing algorithm, and an intuitive, user-friendly UI. In December 2020, the 1inch team released its upgraded Liquidity Protocol – an AMM (automated market maker) with instant governance where LP (liquidity provider) earnings are dramatically increased by slowing down price changes to prevent arbitrage traders from earning up to 100% of the swap slippages.

1inch has already integrated support for 40+ top DEXes including Uniswap v1 and v2, Balancer, Curve, Kyber, SushiSwap, DODO, Oasis, and many more. In a move towards interoperability, in February 2021, 1inch Network expanded to Binance Smart Chain (BSC) and 1INCH governance token was deployed on BSC, offering users a chance to easily switch between Ethereum and BSC. All features of the 1inch Liquidity Protocol, the 1inch Aggregation Protocol and all 1INCH staking features became available to BSC users.