After getting off to a bright trading start in May, Litecoin could not but give in to the bear run.

Litecoin (LTC) ended the month of May as one of the hardest-hit cryptocurrencies, which lost more than a billion dollars of its market value. Its loss came on the heels of a market-wide crash that saw most digital assets head for the rocks in May.

After getting off to a bright trading start in May, Litecoin could not but give in to the bear run that has seen virtually all digital assets lose parts of their values. As of May 1, Litecoin saw a trading volume of $592.41 million and had a market cap of around $6.98 billion.

However, the altcoin has since then, gone on to lose a whopping $2 billion off its market cap. LTC closed May with a market cap of $4.82 billion, accounting for a 30% fall from its opening market capitalization.

Meanwhile, Litecoin has still managed to maintain its spot as one of the top 20 cryptocurrencies by market capitalization. At least, going by what CoinMarketCap data suggests. 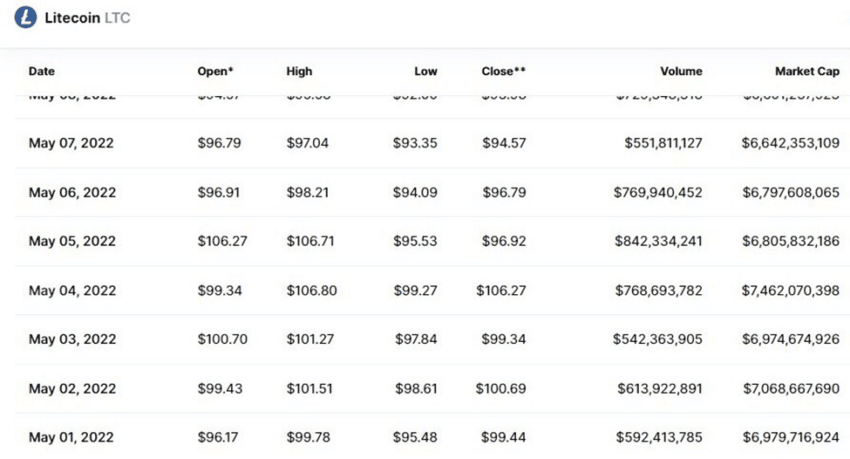 What Is Going On?

As earlier mentioned, Litecoin is not alone in this. There is a bear market currently in play in the crypto industry and this has played a major part in the situation. As a result of the bear market, LTC investors have generally picked up more interest in less volatile assets. And this has ultimately led to massive sell-offs.

Furthermore, there is also the case of rising inflation, among other factors responsible for the LTC sell-offs. Whatever is the case, by May 18, the number of large transactions involving Litecoin had reached a peak of 12,910, per IntoTheBlock. 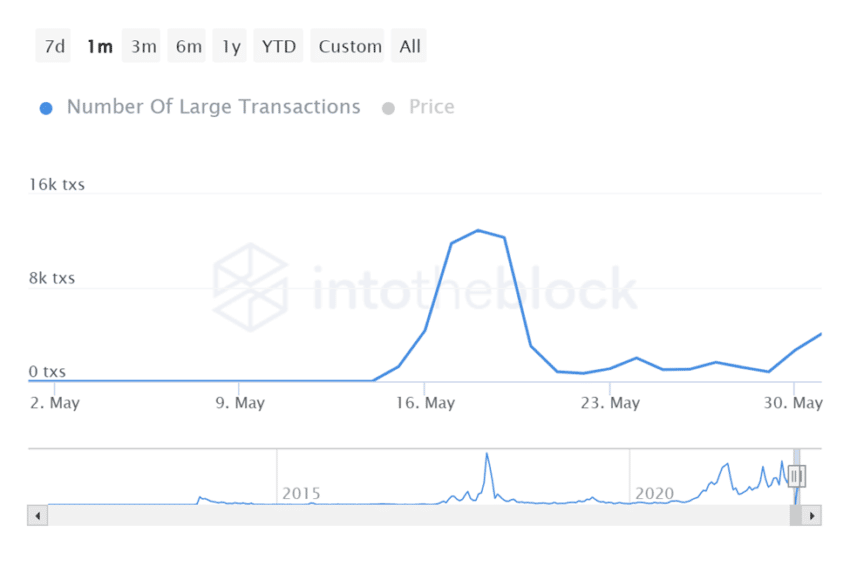 In short, this means that LTC saw a price dip of 26% overall last month.  As of press time, CoinMarketCap data puts Litecoin to be 14% down, trading at $42.92.

Mayowa is a crypto enthusiast/writer whose conversational character is quite evident in his style of writing. He strongly believes in the potential of digital assets and takes every opportunity to reiterate this. He's a reader, a researcher, an astute speaker, and also a budding entrepreneur. Away from crypto however, Mayowa's fancied distractions include soccer or discussing world politics.

Upbit and other South Korean crypto exchanges are choosing to shed off LTC in hopes of staying compliant and avoiding troubles with the regulatory agencies.

PayPal said the feature is currently available to selected US users.