The first digital component will be gifted for free for the first 5,000 fans who join the collective platform. From there, fans can purchase one or multiple components as they release in an effort to collect all 22 to assemble the full digital MCL35M race car. The collectibles will be released in five stages, with the first four components available on Sunday 24 October.

McLaren Racing Collective is built on Tezos, the energy-efficient blockchain and Official Technical Partner which along with McLaren Racing are facilitating the creation of limited digital assets so that fans can purchase their very own piece of the team.

The first person to complete a full MCL35M will win a VIP trip to a 2022 Formula 1 grand prix. This will be the first of many drops and campaigns, as the team looks to integrate this marketplace into McLaren Racing’s long-term fan engagement strategy.

“We are excited to launch McLaren Racing Collective, which allows us to engage our fans in an innovative new space. Through NFTs built on the energy-efficient Tezos blockchain, we are creating new ways to evolve our fan experience, and a bespoke McLaren Racing digital collectible marketplace provides people with a brand new way to connect with our team.”

“The first NFT drop heroes our papaya-liveried MCL35M F1 car, and gives our fans a fantastic opportunity to own their own piece of McLaren Racing, seeing each component from all angles, while also allowing them to win incredible prizes.”

McLaren Racing was founded by New Zealand racing driver Bruce McLaren in 1963. The team entered its first Formula 1 race in 1966, since then McLaren has won 20 Formula 1 world championships, more than 180 Formula 1 grands prix, the Le Mans 24 Hours at its first attempt and the Indianapolis 500 three times. McLaren Racing currently competes in Formula 1 globally and INDYCAR in the US.

The team is contesting the 2021 FIA Formula 1 World Championship with Lando Norris and Daniel Ricciardo, and the 2021 INDYCAR Series with Arrow McLaren SP drivers Pato O’Ward and Felix Rosenqvist. In 2022, McLaren Racing will enter a new category of motorsport when it enters a team into Extreme E, the innovative all-electric off-road racing series.

Tezos is smart money, redefining what it means to hold and exchange value in a digitally connected world. A self-upgradable and energy-efficient blockchain with a proven track record, Tezos seamlessly adopts tomorrow’s innovations without network disruptions today. 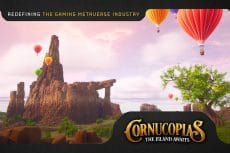