In China, Taiwan, and Hong Kong, Google Corp. will close all of its offices. Amazon and Microsoft joined the web search giant in taking precautions against the coronavirus.

Google is starting a painful process of eliminating direct contact with key people in Wuhan, and across China. FAANG members officially closed four offices thanks to the virus. It is spreading fast, and the companies around the world understand that they have to act quickly.

Numerous Companies Flee Away Because of Virus, Economic Freeze is Ongoing

Google is banned in China, but the locals are working as marketers, sales engineers and so on. They do not develop the local version of Google, they just make work for the western company. However, now they will have to abandon working or do it from their homes. Google didn’t say how many people are working in its offices. However, it is not a big number, according to the company.

Microsoft and Amazon said that they impose business travel restricting. The employees are encouraged by the management to avoid traveling across China. The Amazon spokesperson noted:

“Out of an abundance of caution, we are restricting business travel to and from China until further notice and encouraging our employees to follow the health and safety guidelines provided by international health agencies.”

Facebook also restricted its employees to travel to China. Tesla and General Motors joined the club. Their workers can forget about traveling to China during the coronavirus breakout. Some companies reportedly gather all the developers in one place and evacuate them silently. It’s interesting to mention that though just recently Facebook has revealed its quarter results. Its stock price has fallen by 7% and is still going down. As for Tesla, its earnings report has been a pleasant surprise for investors and its stock is in green. However, the overall moods in the stock markets are rather gloomy.

The Japanese car giant Toyota is closing its powerful factories in China until February 9, 2020. The transport is not moving so there is no sense in keeping up any work. In Wuhan, there are other international offices of famous car production firms. They have taken measures to bring the members back to the countries where they previously lived.

There’s a plan to evacuate the staff and the family members of the Peugeot, Citroen, Honda and Nissan plants. Starbucks has 2,000 outlets in China, all closed by now.

China may suffer more after other companies withdraw relationships. This virus is very risky to other countries, as people keep traveling from China in many different ways. Only a few countries like Belarus and Japan are sending free help out to China. One person may share the virus with many other persons by a usual talk. The virus is mutating and going away from the epicenter with high speed. Please, look at the scary map: 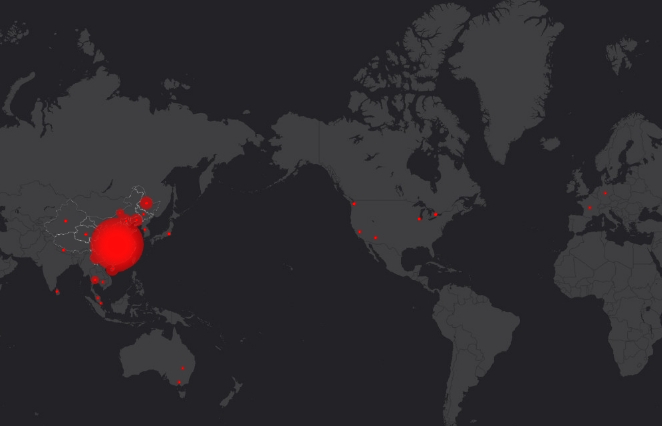 Please note how the virus hits the territory that has the biggest population of people on the whole planet.

The first claim by the Chinese government was that they spent $144 million on fighting the virus. Then, it turned out that the real sum is 8,74 billion. This means that the real number of harmed by the virus may be different from the official stats. The government is building a hospital that will be ready on February 3.

The Snapdeal IPO may be launched at a later date. According to the firm, a move will depend on their need for capital at that time.

The FTC issued a press release stating that the $69 billion deal by Activision Blizzard is the largest investment by Microsoft.

Amazon revealed that Inspire will initially be available to select US customers in early December before being extended to other customers in the country over the coming months.