The New York-based cryptocurrency startup, ATB Coin that announced a monthlong ICO on June 12, 2017, has already raised over $14 million from over 1000 investors. With another two weeks to go, the platform offers a unique opportunity for investors to become part of the initiative.

The ATB Coin platform is developed using the world’s most advanced protocols including SegWit, Lightning Network, Smart Contracts, and ATB Offline Codes. It also records Borderless micropayments in as little as microseconds. The cryptocurrency’s capabilities and its future potential has enabled it to raise $12 million within the first fifteen minutes of the ICO.

According to CEO Edward Ng, the company’s technologically revolutionary cryptocurrency has already attracted excited investors from the United States, Canada, and China. Edward also stated that the company is pleased with the current high level of interest and optimism from investors. Edward expects the ICO to continue for the next couple of weeks and meet the estimated target amount of $50 million.

“Our team is well-positioned to move forward with our intermediate goal of opening offices across the U.S., Canada, Latin America, and Asia,”

The goal of ATB Segregated Witness or ATB SegWit is to optimize the size of transactions allowing it to combine multiple transactions into one block. Traditional bottlenecks like network scalability, block overflow, transaction speed and commission reduction are now revolutionized with SegWit. ATB Coin increases the efficiency of the block itself without increasing the block size.

ATB Offline Codes promote a business model where users can purchase virtual goods online. It also stimulates good behavior and more productive discussions on online forums and social networks. The possibilities that ATB Offline Codes open are even more prominent in the case of non-profit organizations. The fees are small, and transactions are private and fully transparent.

ATB Lightning Network is a new protocol that optimizes the block network. The speed of transactions is dramatically increased, and the size of commissions is minimized. Another amazing and very useful feature of ATB Lightning Network is the multi-signature operation mode. The ATB Lightning Network generates two private keys in the “2 out of 2” cryptography scheme. In order to use coins stored at such an address, two signatures are required. This feature is essential for many businesses and the community will find it truly advantageous.

ATB Smart Contract is an electronic algorithm that describes a set of conditions, the implementation of which entails real life events known to everyone. Where there used to be accountants and lawyers, today there are vast opportunities to use a Blockchain-based mechanism. This is a very powerful feature indeed capable of evolving many traditional contracts into a cryptographic solution providing users with protection and reliability.

Crowdfunding of ATB Coin tokens began June 12, 2017, and will continue till July 12, 2017. Potential investors are offered bonuses of up to 10%, which will motivate an investor for an additional capital investment. Altogether, the maximum tokens issued will number 333 million, of which 50 million will be assigned to the Crowdfunding ICO.

The ICO is currently in the third round of bonuses, in which participants are eligible to receive a 3% bonus of ATB Coins. The fourth and final round bonus begins on the 29th of June and finishes on the 12th of July; and entitles participants to a 1% bonus. ATB Coin ICO participants may invest using Bitcoin, Ethereum, ZCASH, and Litecoin. 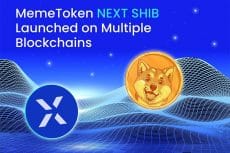